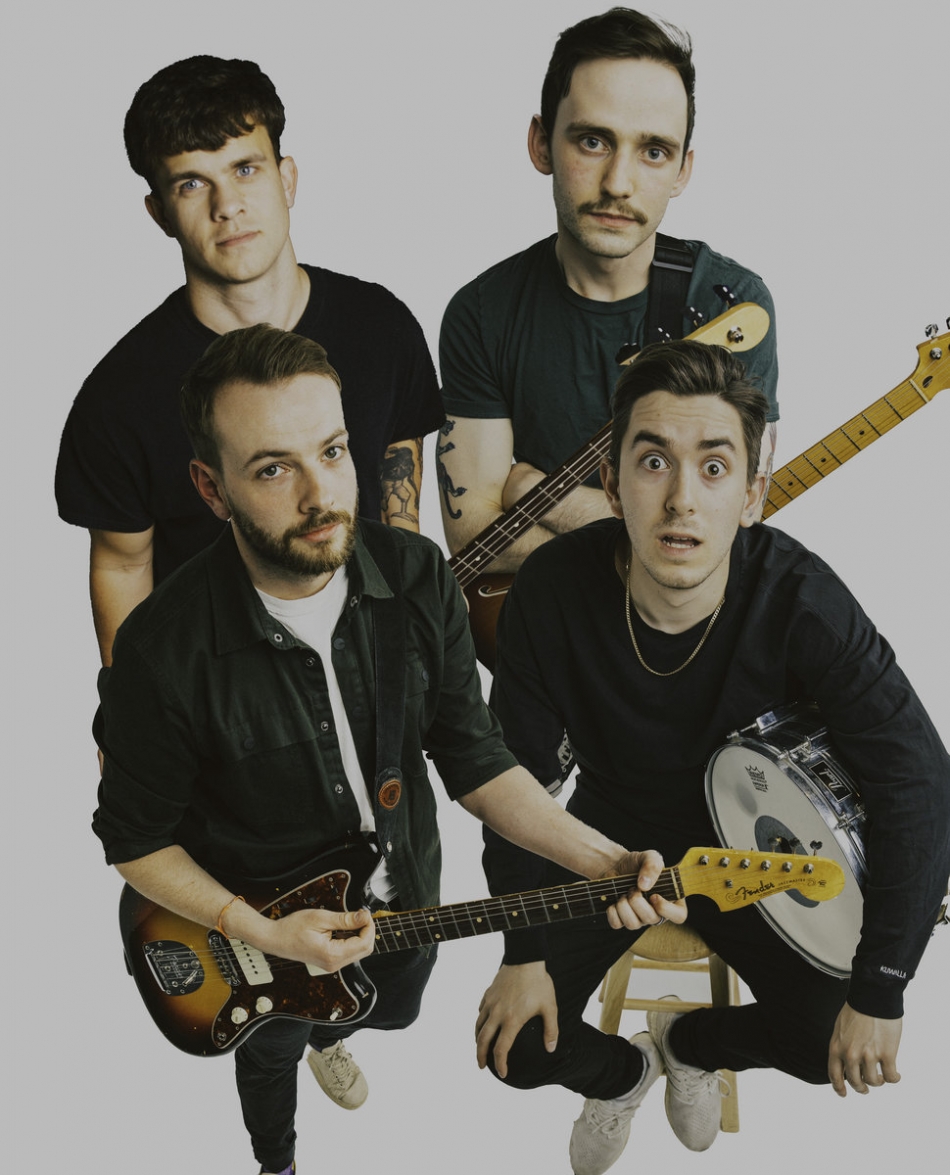 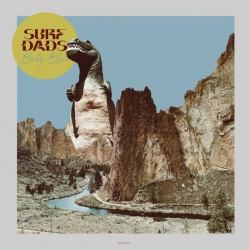 The ever inventive Canadian garage-emo outfit Surf Dads blesses us again this week with a sparkling new album out on Grind Central Records, titled Baby Blue.

Born out of Saskatchewan’s hardcore scene in 2015, Surf Dads shift to a more melodic pop sound on the new LP - their sixth release in seven years. Album opener “Time Is A Flat Circle” kicks off the record, full of angsty yet heartfelt melodies in the wake of drummer Chris Dimas’s rapid-fire fills. Lead single “Last Night” follows this, bursting forth with jangly chords reminiscent of the danceable British indie pop of the 1990s and 2000s. It’s quite radio friendly, yet never loses its creative individuality, with colorful splashes of keys and harmonious, spirited riffs around every corner.

From their fun reflections on aging to film references (see their lovesick indie-punk anthem “Whiskey Tango Foxtrot”), Surf Dads’ observant and heart-on-sleeve songwriting recalls Weezer and early Fall Out Boy, without being too generic or trying too hard. One of the most appealing aspects of Baby Blue is that the trio sound like they’re having fun. Frontman Gage McGuire’s slightly nasal yelp is a perfect fit for their boyish, youthful jams, backed up by guitarist Tom Duffy’s steady grooves.

Baby Blue was recorded in part in a cabin in Saskatchewan, and later completed in the basement of Dimas’s mother. The new record certainly carries the irreverent energy of a young band that you might find in a basement; yet overall, it is a refined, well-rounded batch of songs.

This is a lovely album that has something for everyone - pulling from various eras of emo, garage rock, indie pop and punk, Surf Dads have delivered a delightful, light-hearted and fun new record. It’s sure to fit in just as well on the dance floor as it might in your headphones.