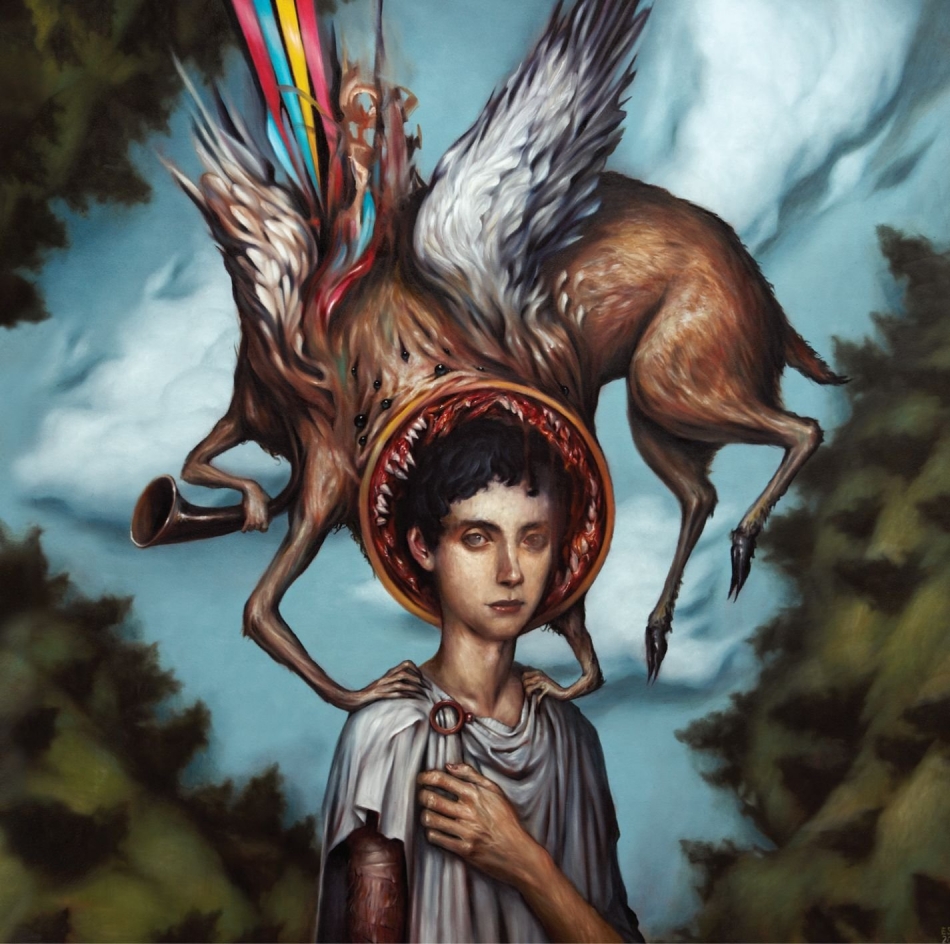 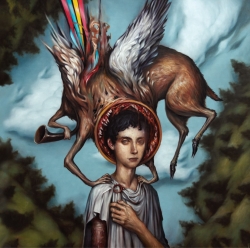 Blue Sky Noise feels as fresh, vibrant, and striving as ever ten years later, with this latest reissue enhancing the audio quality and adding almost an equal amount of satisfying bonus material.

Circa Survive is one of the biggest bands to come out of Philadelphia this millennium. Led by the slick, high-pitched passion of singer Anthony Green, the quintet’s compressed fusion of psychedelic/alternative rock and post-hardcore typically results in irresistible sing-along hooks, soaring ballads, and deceptively sophisticated freak-outs. (Certainly, comparisons to contemporaries like The Mars Volta, Eisley, Coheed and Cambria, and Dance Gavin Dance—as well as stylistic successors like Good Tiger and Closure in Moscow—are apt.) Although they’ve done several great albums in recent years, many devotees still champion their third outing—and major label debut—Blue Sky Noise as their pinnacle sequence. In honor of its 10th anniversary, a recent remaster was just released (with bonus material), making it clearer than ever why the LP was such a huge step forward for them.

Having just signed with Atlantic Records, Circa Survive naturally viewed Blue Sky Noise as a new chapter In their career. It arrived on April 20th, 2010—with artwork done once again by Esao Andrews—and saw the group leaning away from the harshness of their first two discs and toward a more indie rock vibe. Today, it remains their highest charting album on the Billboard 200, landing at #11. Sixteen songs were produced for it, with twelve making the final cut and the others appearing on the subsequent Appendage EP (which is included here, as is a set of previously unreleased demos called Appendage II). Clearly, this reissue is the ideal way to celebrate all that Blue Sky Noise achieves.

Virtually every track here sounds clearer and fuller, with almost all of them warranting special attention. For instance, “Strange Terrain” kicks things off with a superb blend of infectious melodies, silky smooth vocal counterpoints, and perfectly punchy instrumentation and eccentric production (that are just elaborate enough to impress while also fitting Green’s comparatively straightforward trajectory). From there, “I Felt Free,” “Frozen Creek,” and “Through the Desert Alone” hold up as a delightfully catchy, sundry, and moving ballads; “Imaginary Enemy” is exceptionally dynamic and stirring (with a relatively involved verse structure); and “Spirit of the Stairwell” is almost folky in its use of downtrodden sentiments, acoustic guitar strums, and dejected piano chords. Of course, selections like “Get Out,” “Glass Arrows,” and “The Longest Mile” find them indulging in their trickier and fiercer tendencies. In general, Blue Sky Noise finds Circa Survive at their most dignified, steady, and well-balanced in terms of combining heartfelt songwriting and ambitiously wide-ranging instrumentation.

Naturally, the two Appendage add-ons are essential for longtime fans, with highlights including the surprisingly celestial, airy, and vocally multifaceted “Sleep Underground (Demo),” the rhythmically adventurous “Everyway,” and the laidback nostalgia of “Lazarus.” There are also unfinalized versions of the Dear Hunter-esque “100 Steps,” the splendidly echoey “Blank Slate,” and choral fervor of “Resentment” to add even more weight and variety to the package. Combined with the album proper, you get about an hour and a half of fairly classic content.

Whether or not Blue Sky Noise is the definitive Circa Survive statement is entirely up for debate, as they’ve definitely done similarly strong work since then. That said, it feels as fresh, vibrant, and striving as ever ten years later, with this latest reissue enhancing the audio quality and adding almost an equal amount of satisfying bonus material. Arguably no other collection in their arsenal is as forward-thinking and consist, either, so it surely set the stage for what was to come.