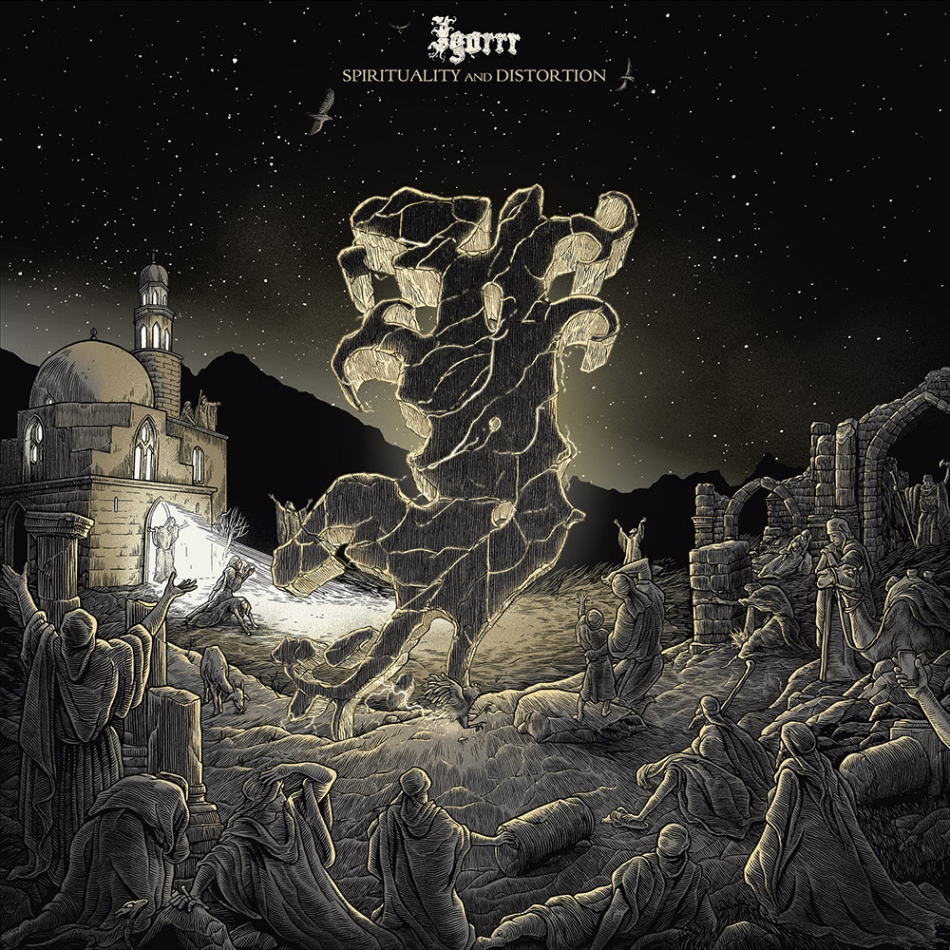 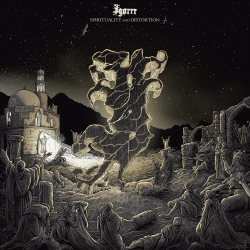 Spirituality and Distortion is another benchmark in Igorrr’s dazzling and inimitable catalog.

Considering his love of all things bizarre and macabre—including many classic horror movies—it’s no surprise that French visionary Gautier Serre (better known as Igorrr) makes some of the most ludicrously off-the-wall and grotesque, yet wholly assured and fascinating, metal music today. Infusing his death/black metal basis with bits of classical, baroque, trip-hop, Balkan, electro jazz, and more, Serre and company evoke the ingenious madness of artists like Devin Townsend, Björk, Diablo Swing Orchestra, and Ihsahn while staying true to their own vision. Arguably no previous album demonstrated those praiseworthy penchants as finely as his latest opus, Spirituality and Distortion. The follow-up to 2017’s Savage Sinusoid, this fourth LP continues that delightfully eclectic and weird trajectory with even more aggression and adventurousness, solidifying why Igorrr remains one of the most characteristic, exploratory, and beguiling contemporary musicians in the genre.

Of the album, Serre remarks: "Getting stuck in only one emotion is very boring to me; life is a wide range of emotions - sometimes you're happy, sometimes you're sad, angry, pissed off, nostalgic or blown away. . . . These 14 tracks are a journey through different states of mind I've been through." Although he was a bit insecure about what Spirituality and Distortion should be at first, the influence of traditional Eastern music helped shape the end result. “Those sounds have a real deepness in the emotional range, and combined with heavy music, it's something which took me very deep into myself,” he explains. Joining him are several top-notch musicians, such as pianist Matt Lebofsky, accordion player Pierre Mussi, violinist Timba Harris, bassist Mike Leon, Oud player Mehdi Haddab, and longtime collaborator Laure Le Prunenec on vocals. (Plus, Cannibal Corpse frontman George “Corpsegrinder” Fisher makes an appearance.) Without a doubt, they make Spirituality and Distortion an arrestingly madcap and temperamental ride from beginning to end.

Opener “Downgrade Desert” sets the stage well, as its arid and pious Middle Eastern introduction soon gives way to a pleasingly suffocating onslaught of screeching notes, crunchy riffs, devilish chants, thunderous percussion, and operatic singing (courtesy of Le Prunenec). It’s a serenely satanic mixture as only Igorrr could provide, full of disparate techniques that somehow fuse into something wondrously inventive and coherent. Such opaque hecticness appears throughout the record, of course, like on the relentlessly dissonant but absorbing electro metal funhouses “Very Noise” and “Camel Dancefloor,” as well as the absolutely brutal “Parpaing,” “Musette Maximum,” and “Paranoid Bulldozer Italiano.” Although some of these tracks could be more individualized, they nevertheless cumulatively prove how well Igorrr balances total chaos with plenty of genre-splicing and wildly assorted embellishments.

Thankfully, there are passages of respite in-between those hellish compositions. For instance, “Nervous Waltz” complements its heaviest excerpts with a healthy dose of tasteful and calming orchestral strings, piano patterns, and histrionic choral declarations. Later, “Hollow Tree” is haunting yet tranquil (combining symphonic timbres with harpsichord); “Lost in Introspection” is similarly ghostly and soothing, but also more focused, grand, and wide-ranging; and closer “Kung-Fu Chèvre” is endearingly playful, sundry, and unpredictable, continuously making great use of accordion motifs, changing vocal styles, and punchy rhythmic changes. It’s perhaps the most fully representational track of them all, so it’s a superb way to conclude.

Despite some moments of repetition, Spirituality and Distortion is another benchmark in Igorrr’s dazzling and inimitable catalog. As usual, the sequence takes some time to settle in and unveil its full scope and plan (and there are certainly some people who simply won’t “get” and/or like what's going on here, which makes complete sense); once listeners grasp the full picture, though, they’ll almost surely find its quickly changing yet always coherent range of timbres and styles downright brilliant. Few other metal artists even dare to aim for such extensive wackiness, intellectuality, classiness, and overarching variety all at once, and even fewer do it so well.