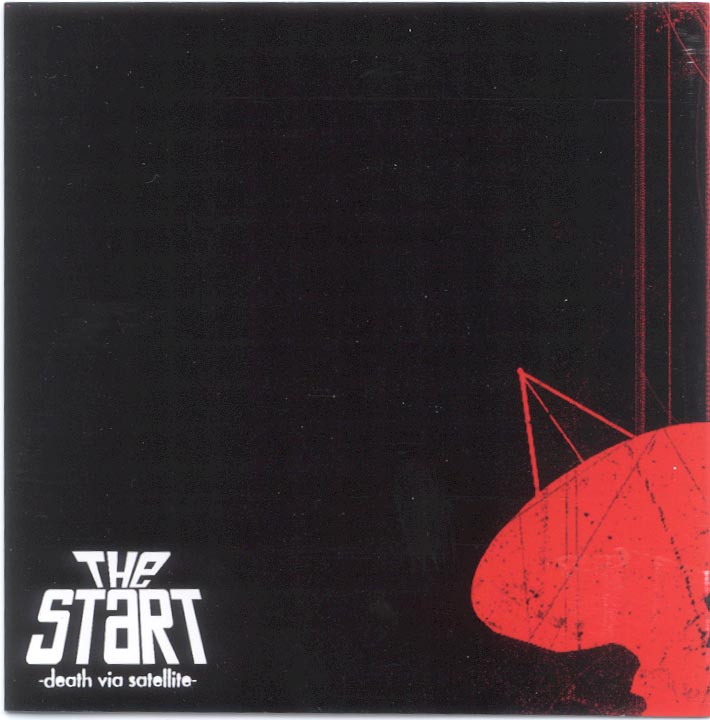 Album Review
theStart
Label: Nitro Records
Reviewed by Janelle
Fronted by the effervescent Aimee Echo, theStart, whose impressive debut album 'Shakedown', appeared in 2001, once again showcase their pop-infused electro-punk style that looks toward the past (influences include Bauhaus, The Cure, Siouxsie And The Banshees, etc.) in order to create self-described "music from the future."

Before delving into the 'Death Via Satellite' EP, it must be noted that there's something about this band, quite like Girls Against Boys in fact, that oozes sex and sensuality. Perhaps, as in the case of GvsB, it's a result of the vocals or maybe it's the tone of the music, or perhaps ﾖ and this is most likely the case ﾖ it's a mixture of both, but whatever the reason, it's definitely a big part of theStart's sound and appeal.

In any case, tones vary greatly on this six-song EP, as it is composed of both catchy, danceable rockers like the opening title track and the undeniably fun, energetic standout "The 1234" as well as ones like "Los Angeles" and the finale "Trinity", which are darker and more mysterious-sounding. And truth be told, these guys excel at playing both disparate styles. However, this doesn't mean theStart hit the mark every time ﾖ the least memorable of the six tracks are the lackluster "Big Shot" and "Hi Flyer", a song that just seems to drag along. Similar to their full-length, the foursome are a bit uneven, as they include a couple of songs that, in comparison to some truly exceptional material, are a bit sub-par. It'll be interesting to see how theStart follow this up with their sophomore LP due out in the spring.

Wall Of Death The System