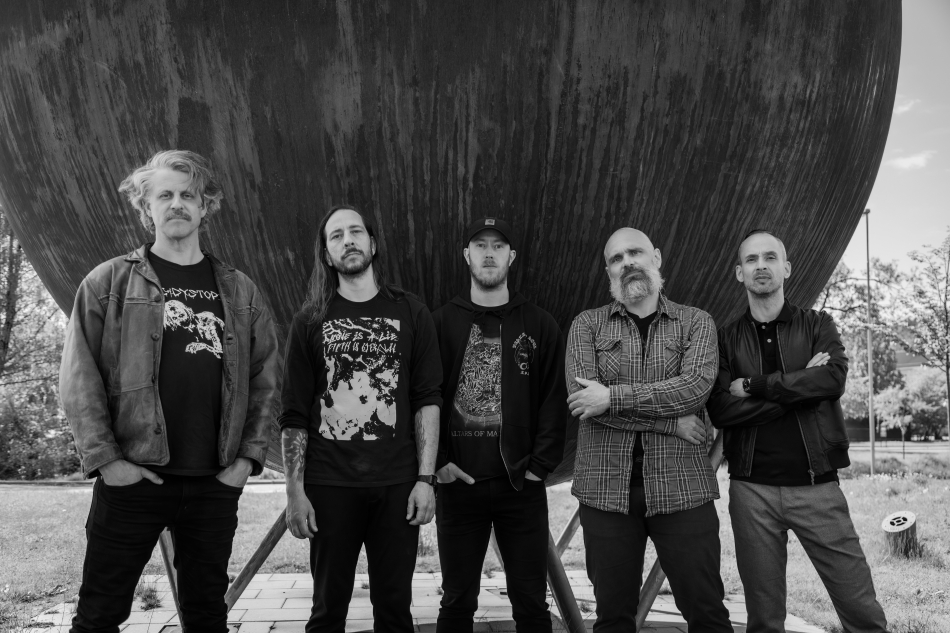 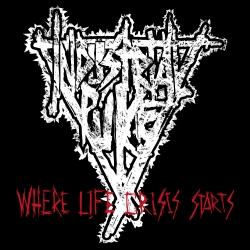 If you can’t win by reason

With an earth auger of a sound, “Mental Taxation” kicks off this galloping seven-minute streak of an EP by Industrial Puke. The opening song’s thick, compressed production and deft chord changes represent the band’s best and only method.

The band at times tries a regulated rhythm but cannot long resist the siren of speed. The one break from the forcible march comes at about a minute and a half into “Constant Pressure” with a slamming progression of chords—each chord stands out once from the blur. Then guitars harmonize and the song resumes its inevitable flameout.

The music bullies you, runs straight-ahead with insolent consistency—Industrial Puke happily suffers the hobgoblin of little minds. The band comes from where volume is power, volume overcomes weakness. Sound waves knock through the ear canal and shoulder into the tympanic membrane, like it or not.

The Swedish hardcore punk band started about 5 years ago. Time settling on a lineup and writing songs led us here, to Where Life Crisis Starts. The band put out its debut single and video, “Mental Taxation,” in June 2022, is partnering with Suicide Records to release this EP on September 16th, and plans to issue the full album Born into the Twisting Rope in spring of 2023.