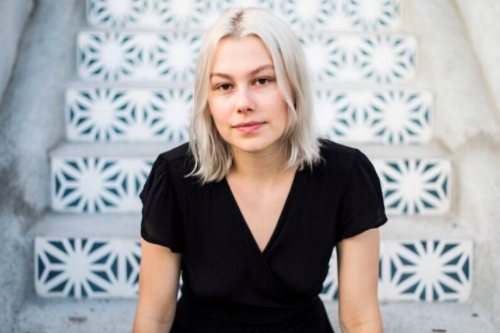 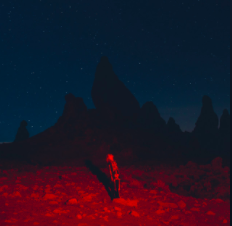 What makes Phoebe Bridgers so relatable is her candor. Her lyrics are without frills or pretense; they’re thoughts we’ve had, words we’ve heard or spoken, and feelings we’ve known, even if we can’t quite put a finger on them. Fortunately for us, Bridgers can and does, coolly and relentlessly.

Phoebe Bridgers has emerged as a rising star since her 2017 debut album, Stranger in the Alps. On her new album, Punisher, Bridgers further showcases her ability to create atmosphere: each song contains its own distinct mood, characters and setting, all of which are compelling, if not unsettling.

Bridgers has expanded the scope of her sound on Punisher: her lyrics are as clear and evocative as ever, but she's broadened her sonic pallate, effectively incorporating horns, banjos and acoustic guitars into her lush, understated sound, making it that much harder to codify Bridgers as a specific genre artist. It's unclear whether all of the songs on Punisher are autobiographical, but the details Bridgers injects into her lyrics evoke the frank mundanity portrayed in Raymond Carver's short stories, while still managing to sound like stream-of-consciousness. There's plenty of pain to be found on this album, but Bridgers most often expresses it with steely bluntness. She lets the lyrics speak for themselves - her delivery is almost deadpan - while the arrangements themselves carry the emotional weight of each composition. The instrumentation on "Garden Song" sounds as if it's underwater, an aural painting of depressive rumination. She sings, "The doctor put her hands over my liver/And she told me my resentment's getting smaller."

Bridgers delivers wit with such little adornment that less attentive listeners might miss it, but she's such a master of subtlety that it's hard not to see such unaffected delivery as being anything but intentional. However, as she does in "ICU," Bridgers is capable of spitting the kind of ire we hear in our heads but don't say aloud: "I hate your mom/I hate it when she opens her mouth/It's amazing to me how much you can say/When you don't know what you're talking about."

What makes Bridgers so relatable is her candor. Her lyrics are without frills or pretense; they're thoughts we've had, words we've heard or spoken, and feelings we've known, even if we can't quite put a finger on them. Fortunately for us, Bridgers can and does, coolly and relentlessly.

On "Kyoto," one of few up-tempo tracks on the album, the arrangement combines the kind of crunchy guitars and punchy drums one might hear on a Frankie Cosmos album with lush, Japanese Breakfast-esque harmonies. It's sonically energetic yet emotionally withdrawn; Bridgers sings: "You called me from a payphone/They still got pay phones/It cost a dollar a minute/To tell me you're getting sober/And you wrote me a letter/But I don't have to read it." In focusing on the minute details of a given situation, the pain behind the words speaks for itself.

The album's titular track, "Punisher," is an ode to Elliott Smith, one of Bridgers' musical heroes. It's something that any die-hard fan can relate to: flocking to an idol's old haunts and imagining their experience. But Bridgers takes it further, speaking to Smith directly: "Hear so many stories of you at the bar/Most times alone, and some looking your worst/What if I told you I feel like I know you/But we never met?" It's a plaintive snapshot of a world inhabited by the ghosts of a not-too-distant past, one in which we can only engage with our deceased heroes in the hypothetical. For Bridgers, the vacancy of Smith's absence in the spaces he left behind looms almost as large as the shadows of his influence.

"Savior Complex," with its gently fingerpicked acoustic guitars and major-minor modulations, is the most overtly Elliott Smith-esque composition on the album. Not unlike other songs on Punisher, though, she paints a picture of a tortured relationship, extracting as much beauty as is possible from a sense of futility: "Baby, you're a vampire/You want blood and I promised/I'm a bad liar/With a savior complex."