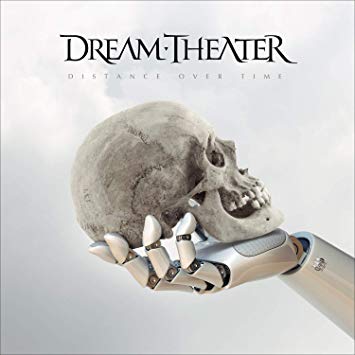 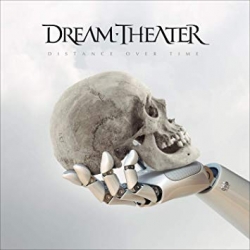 To this day, 2016’s The Astonishing is arguably the most polarizing album progressive metal pioneer Dream Theater ever released; however, for all of its issues—bloated runtime, soppy and derivative storylines, and lazily overt symbolism, mostly—it nonetheless showed considerable ambition and experimentation in at least trying something new. The same cannot be said for its back-to-basics follow-up, Distance Over Time. Far shorter and more focused than its predecessor, the LP is a successful attempt at satisfying conventional expectations, yet in the midst of playing it safe, Dream Theater offers very few moments of melodic, lyrical, and/or instrumental intrigue or amazement. In other words, Distance Over Time sounds like an album that the quintet could’ve made in their sleep, and longtime fans will no doubt find it exhaustively familiar and uninspired.

Recorded “over a four-month period [during summer 2018] at the secluded, five-acre Yonderbarn studios in Monticello, NY” (as stated in the press release), Distance Over Time was created “organically and spontaneously” amid plenty of friendly bonding. Founding guitarist John Petrucci adds, “[A]t Yonderbarn, there were no distractions so we were able to just focus on being creative, spending twelve-to-fourteen hours a day working while also having fun in between the writing sessions. . . . Everybody felt like it was time to return to the roots and make a more organic record.” Indeed, the sequence harkens back to 2013’s Dream Theater—itself a forgettable entry after the captivating and refreshing A Dramatic Turn of Events—in terms of focusing on run-of-the-mill odes and virtuosic arrangements. Thus, Distance Over Time is by no means a bad album; it’s just a relentlessly innocuous and superficial one.

To be fair, there are some standout moments. Opener “Untethered Angel,” for instance, is conservative but still catchy and dynamic enough to leave an impact, with the band’s trademark expertise at soaring singing, guttural riffs and rhythms, and flamboyant theatrics satisfying without surprising. To his credit—and throughout the album—drummer Mike Mangini feels freer and livelier than ever before, too. (Let’s be clear: he’s an incredible musician and the whole Mangini/Portnoy debate is really tiresome at this point.) Later, the sequential pair of “Room 137” and “S2N” recall the bleak heaviness and adventurous emotionality, respectively, of Train of Thought, while closer “Pale Blue Dot” is epically varied and enthralling, with each musician delivering their token specialties while coalescing masterfully as a musical family with a shared vision.

That said, those passages only rise to the top by default; even at its best, Distance Over Time oozes mechanical showmanship and songwriting, as well as pseudo-self-plagiarism and on-the-nose nods to other acts. “Paralyzed” is as generic as the band has ever gotten, whereas “Out of Reach” is light on musical depth and heavy on melodramatic singing and boring melodies. As for the allusions to past material, no one will miss the blatant Metallica-isms during the warmly soft midsection of “Fall into the Light”; similarly, the aforementioned “Untethered Angel” starts with a breakdown from Systematic Chaos’ “In the Presence of Enemies Pt. I” and “Barstool Warrior” echoes the piano passages and general vibe of “About to Crash” and “Losing Time / Grand Finale” (both from Six Degrees of Inner Turbulence). Granted, creators are bound to recall their prior ideas to some degree if they’ve been at it this long, but these instances—among others—are too explicit to easily dismiss or excuse.

Again, Distance Over Time is an enjoyable collection overall, and devotees looking for little more than another traditional outing will probably be content with it. Yet, for a group that spearheaded a movement and created some truly superlative compositions within it—including recent tracks like “Breaking All Illusions,” a great example of how well Dream Theater blends quality songwriting and imaginatively intricate instrumentation—the fivesome now feels astoundingly archaic. True, it’s not fair to expect such a tenured act to wholly reinvent the wheel, but it’s also not fair to disregard such lethargic craftsmanship when so many subgenre peers and protégées—BTBAM, Major Parkinson, Enslaved, Ihsahn, Rivers of Nihil, Amorphis, Haken, Periphery, Riverside, etc.—still push themselves further. Dream Theater no doubt remains capable of greatness, but Distance Over Time isn't it.