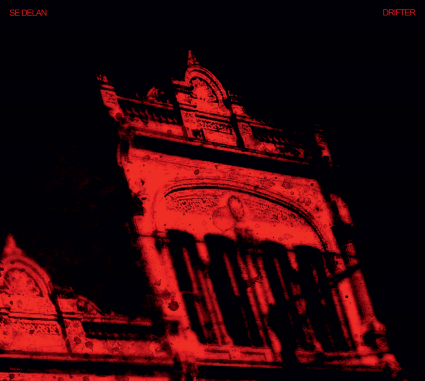 A representative cover, for sure. 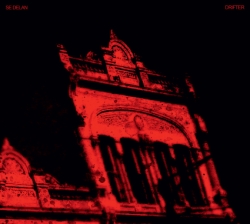 Despite its overwhelmingly penetrating soundscapes and a serious lack of range, ‘Drifter’ is still a success because of its beautifully nihilistic character.

On its 2014 debut, The Fall, “dark, alternative, new-wave” duo Se Delan (multi-instrumentalist Justin Greaves and Swedish singer Belinda Kordic) exemplified the “post-progressive sounds” mission statement of its label, Kscope, by crafting a charming blend of minimalistic melodies, pastoral atmospheres, and industrial/shoegaze/blues rock instrumentation. While these elements are maintained for the most part on the pair’s sophomore effort, Drifter, there’s also a noticeably bleaker and harsher nature to the entire affair. As a result, the record isn’t as alluring or varied as its predecessor, yet what it lacks in warmth and diversity it makes up for with a consistently beautiful nihilistic character.

According to the Se Delan, Drifter is meant to sound “raw, more natural and human [sic]” than The Fall; in addition, the LP “musically and lyrically looks at madness and how the line between sanity and insanity can at times appear frighteningly thin.” It’s fortunate, then, that they succeeded in channeling such austere themes and intentions into a wonderfully suited statement of delicate hopelessness in which chaos and calmness are equally impactful. In comparison to the orchestral grace of fellow Kscope duo iamthemorning’s recent Lighthouse (which tackled similar subject matter), Drifter is coarse and confrontational, but also fragile and sparse, allowing it to represent subjugated sentiments a Cure-esque sense of letdown.

Lead single “Going Home” opens the album with wavering wall-of-sound distortion behind a steady drumbeat, sharp guitar arpeggios, and of course, Kordic’s distinct ghostly tone. As expected, she sounds seductive, haunting, and despondent as Greaves’ piercing guitar leads and buoyant percussion echo around her. Although its purposefully drab tones aren’t exactly uplifting or exciting, there’s no denying the hypnotism of its synth punkiness. “Ruined by Them” carries the same properties, but with fuller vocals and more poetically stylish lyrics.

“Blue Bird” carries strong dynamic shifts, as its constantly alternating between scant melancholies and shimmering catastrophe. There’s even a slightly chamber pop feel buried underneath the shrillness. Later, “In Obscura” appears grungy and archaic, like the offspring of Nirvana and Aphex Twin, and its subtle gothic chants are a nice touch, while “Blueprint” is a bit more psychedelic and accessible; really, it’s among the most engaging and confident pieces here, and its placement near the middle of the sequence helps give Drifter a strong sense of organization.

There’s a palpable sinister magnetism to “Shadowbox(ers)” that evokes early Anathema; in particular, the interplay between guitar and bass lines works well. Thankfully, the bass has an even larger role on “Gently Bow Out,” which also conjures the glamorous attitude of classic Garbage. Interestingly, Kordic sounds downright evil near the end of “She’s Wild,” as her maniacal growls are surrounded by a hellish aural environment. As for the concluding track, “Fear No Ghosts,” it’s among the most straightforward and light tracks here; in a way, it acts as an entrancing palette cleanser following the ominous frenzy of the previous ode. That said, it erupts into more fuzzy madness by the end, and its final seconds are evocative enough to leave you wanting another visit.

Despite its overwhelmingly penetrating soundscapes and a serious lack of range, Drifter is still a success because it accomplishes exactly what it sets out to do. No, it’s not as welcoming, surprising, or elegant as The Fall, but it’s almost unfair to compare the two because they have different agendas. Drifter seems targeted at a more destructive and forlorn audience; in a way, it’s an audio representation of cheerless existential crises, so it’s likely not meant to appeal to a particularly wide audience. If you are seeking out the vibes that it gives off, though, you’ll find it to be a fine soundtrack for a niche mindset and stylistic desire.