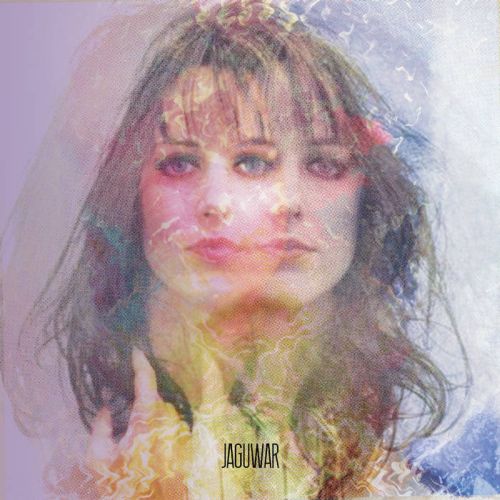 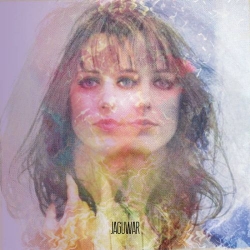 The German noise-rock/dream-rock trio Jaguwar unleashes a massive wall-of-sound beast of an EP.

Jaguwar, the Dresden, Germany-located, noise-rock/dream-rock trio of Oyemi Hessou (vocals, bass), Lemmy Fischer (vocals, guitars, programming), and Christoph Krenkel (drums), returned last month with its second EP, aptly titled II.  The latest EP follows upon the magnificence of I EP, which came out March 2015 on Prospect Records, with an even more massive, wall-of-sound MO that looms, weaves, and morphs like the best of My Bloody Valentine and/or careens, propels, and buzzes like the best of Swervedriver.

Call it shoegazer at the most extreme end of the spectrum, or noise-rock suspended and then smashed in the atmosphere, or dream-rock propelled off a cliff and hitting the ground.  The sonics Jaguwar crafts crams the headspace with agitated unrest and strung out rapture (or is that agitated rapture and strung-out unrest?), amply displaying the raging and fervent fire that exists at the heart of the beast known as Jaguwar.

EP-starter “Initiate Contact According To The Sound Of Your Heart” is actually an older tune, but it’s also one of Jaguwar’s best, running on restless drum rhythms, an ominous bass line thrum, majorly warped guitar lines, and hazy, androgynous-sounding male and female vocal swoon.  The words of Hessou and Fischer are buried in the mix in the grand tradition of My Bloody Valentine’s output.  The powerful guitars fire on all cylinders, swerving off the road, then realigning themselves before picking up the pace and skidding around the bend.  A noisy conflagration of sound hits the middle and end sections of the song with abrasive and more delicate notes colliding and spinning out of control.

Next number “Today” is immersed in lurching guitar burn and a ponderous drum beat and is a test to the less intrepid eardrum.  Hessou hovers sweetly and lightly over the noise, leavening the harshness with her pleasantly mild vocal tones.  “Casun Casun” revels in its staticky, fuzzed-up ambience that’s cut with loops of warped, tape recorder-like sounds.  This leads to the EP’s centerpiece, the gloriously monstrous “Iwo Jima Island”, which comes on like a black metal barrage of serrated guitar jags and a dynamically propulsive drum beat.  Fischer’s vocals rise from the deep, are low in register, and are still indecipherable.  The song’s spine, with its recognizable verses, is pop in construct while the chorus arrangements slay with blazing guitar pyrotechnics.  It’s quite a blast!

This burns out into the smoldering embers of comedown “Navas Nightlight Tigers” with the drawn out guitar growls fading away amid the brighter sparkle of slowly chiming synth notes.  It’s a delightful respite from the aggressive fury that preceded it.  This lull turns into the full-on narcotic sway of EP-ender “Eyes Collide”.  Hessou pulls out her gently soporific vocals amid the twiddle of gleaming electronic notes, delectably woozy guitar grind, and a calmly steady drum beat.  But this beginning is a deceit because mid-way through, the sonics amp up in intensity with the rhythmic churning of bending guitar distortion and a more kinetic drum beat.  By the end of the song, the guitars and drums are voraciously consumed by an all-encompassing devolution of immolating noise.