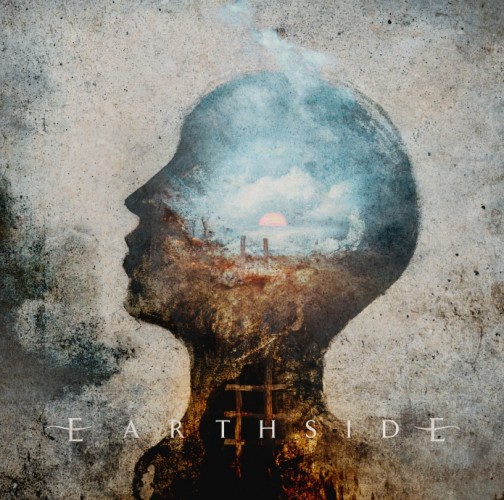 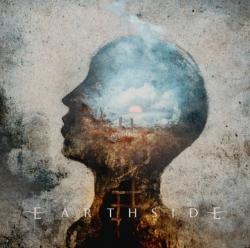 Because progressive metal has been developing steadily for roughly thirty years, it’s becoming increasingly difficult for newcomers to set themselves apart from the pack. Hell, even the most specialized subgenres have several acts competing for dominance, so it’s easy for a fresh act to quickly fade into the background of the scene. Fortunately, though, up-and-coming New England quartet Earthside manages to stand out a bit on its debut, A Dream in Static. Although it’s not completely fresh and unique, the record contains enough inventive moments, stylstiic changes, and passionate performances to warrant immersion. In other words, it’s not a wholly memorable experience, but it’s still quite a vibrant, sophisticated, and appealing journey during the duration.

A Dream in Static is at its best when it exemplifies what the group calls “cinematic rock,” which involves sweeping orchestral flourishes (courtesy of the Moscow Studio Symphony Orchestra) and surprising textural deviations. For instance, opener “The Closest I’ve Come” is a fascinating heavyweight that continuously fluctuates between an emotive yet calming series of piercing guitar echoes and stylish syncopation to powerhouses of crashing rhythms, shimmering notes, and thick riffs. Honestly, it, like much of the LP, is evocative of staples like TesseracT and Periphery (in fact, vocalist Daniel Tompkins even appears on the album), but it’s still very hypnotic and commendable.

Even more remarkable is the following track, “Mob Mentality.” Learning more towards symphonic metal, it utilizes the skills of both the aforementioned orchestra and Sevendust singer Lajon Witherspoon to tell its tale. Essentially, it finds Witherspoon belting out anthemic melodies over schizophrenic arrangements that meld wonderfully classical instrumentation with your standard metal showmanship, culminating in equal parts Trans-Siberian Orchestra, Symphony X, and Pain of Salvation. Again, it’s really nothing that genre fans haven’t heard before, but Earthside still pulls it off better than many veteran ensembles.

The highlight of the entire full-length is “Entering the Light,” a brilliantly diverse instrumental with a concrete foot in folk; in fact, it’s sort of like the progressive metal anthem for a Tolkien-esque battle. With its Celtic arpeggios, thunderous percussion, and luscious strings, this is easily the most unique track on the album, and it demonstrates how captivating Earthside can be.

Elsewhere, tracks like “Skyline” “Crater,” and “The Ungrounding” offer characteristic touches here and there, but for the most part they’re quite reminiscent of the aforementioned other acts. For instance, the latter piece still contains a bit of the Celtic edge, and in general these entries are relatively atmospheric and dynamic. As for album closer “Contemplation of the Beautiful,” it’s both the lengthiest and most multifaceted part of the disc, as it combines all of the tactics of its predecessor into a grand finale. Equal parts aggressive and angelic, its different sections interweave wonderfully, taking listeners on quite a voyage by the time it ends.

All in all, A Dream in Static doesn’t revival this year’s best progressive metal discs (such as Coma Ecliptic by BTBAM and Quiet World by Native Construct), but it’s a damn fine effort nonetheless (especially since it’s Earthside’s initial outting). The bursts of distinctive creativity peppered throughout the sequence elevate it beyond being a run-of-the-mill collection, so it still ranks highly amongst its peers. Even if the quartet hasn’t offered something truly special here, Earthside is still an immensely promising outfit, and there’s no telling how great they’ll become in the future.