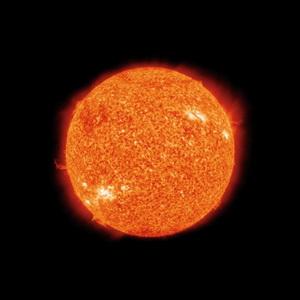 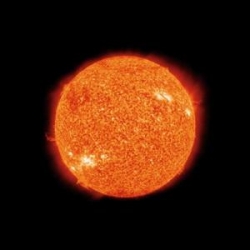 Although it’s not as blatantly memorable as precursor, ‘Perfect Beings II’ is still an outstanding album that further proves the inventiveness and importance of its namesake.

With 2014’s self-titled sequence, Californian quintet Perfect Beings (Ryan Hurtgen, Johannes Luley, Chris Tristam, Jesse Nason, and Dicki Flizar) crafted one of the most charming, catchy, and characteristic progressive rock debuts of the decade. Packed with memorable melodies and sophisticated yet endearing arrangements, the disc provided a joyous experience from beginning to end, as it showcased irresistible songwriting and pacing over self-indulgent musicianship.

Now, barely a year later, the group returns with its appropriately titled sophomore effort, Perfect Beings II, and it’s definitely a worthy follow-up. However, it’s more polarizing than its predecessor because it’s not quite as appealing melodically, yet it demonstrates a clear growth in terms of compositional variety and vividness. Because of this, it will probably be the favored disc for fans of instrumental music, while listeners looking for hypnotic, sing-a-long grace will still prefer the band’s initial outing.

The chirps of a cuckoo clock precede an explosion of rich piano chords, synth leads, and gripping rhythms as opener “Mar del Fuego” begins. From there, Luley unleashes a fierce solo as Nason provides an angelic soundscape; together, they evoke classic Genesis. Of course, there’s also a touch of Spanish flair, such as the scattered acoustic guitar strums. The piece is also wonderfully dynamic, moving from the aforementioned frenzy to a tranquil yet playful passage halfway through; afterward, Hurtgen sings a few verses before handclaps decorate the increasingly silent final moments. His voice is as calming and distinctive as ever, and in general this is a fantastic way to start.

A softer ode, “The Thrill Seeker” is beautiful and regal, with female vocals complementing Hurtgen’s sublimely over a piano ballad foundation. There are touches of proggy tones and layers, but for the most part the track is straightforward and serene. “Samsara” appears a bit later and offers a trippy interlude consisting of low drones and angelic chants; really, it’s like a lost excerpt from a God is an Astronaut record. It segues into the most captivating entry on Perfect Beings II, “The Love Inside.” After a minute or so of quick piano arpeggios, Hurtgen chimes in alongside the rhythm section, which is quickly met with crashing guitar riffs, flutes, and harmonic counterpoints. A few minutes in, a new section begins, and it’s easily among the most magnetic passages Perfect Beings has ever written, with a lovely central melody accompanied by warm timbres and a blanket of soothing space. Shortly thereafter, Nason and Luley evoke the essence of Yes’ Rick Wakeman and Steve Howe over a cacophony of intricate shifts.

“Volcanic Streams” proves to me more sinister and violent during its first half, with hellish sound effects surrounding tribal percussion and sleek instrumental echoes; in contrast, its concluding minutes are lustrous and restrained. There’s also a great cordiality to the guitar tones in “The Yard,” which, matched by stilted syncopation, sounds almost traditionally Asian, actually. Finally, album closer “Cause and Effect’ begins with a Carnival-esque starriness that recalls its predecessor. It melds well with Hurtgen’s lulling verses, and the combination eventually evolves into hectic trickery during the mid-section breakdown, which is highlighted by some exceptional bass playing by Tristam. Naturally, it resorts back to the proper song as it concludes (albeit in a fuller arrangement), leaving listeners wanting more.

Although it’s not as blatantly memorable as precursor, Perfect Beings II is still an outstanding album that further proves the inventiveness and importance of its namesake. The band s still sounds more unique than many of its peers, and the fact that they crafted something this remarkable roughly a year after issuing such a stellar debut is even more extraordinary. Not only does Hurtgen continue to be one of the genre’s most distinguishing singers, but the music that adorns his performance is equally special, as it consistently manages a wonderful dynamic balance between showy techniques and alluring soundscapes. Just as the quintet’s first foray was a highlight of its year, Perfect Beings II is surely one of the finest progressive rock full-lengths of 2015.