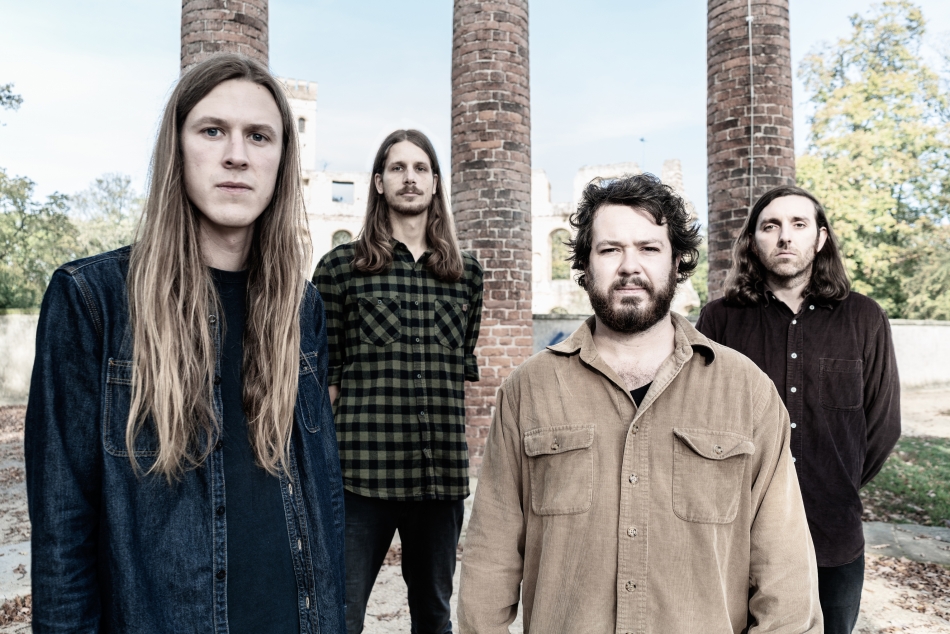 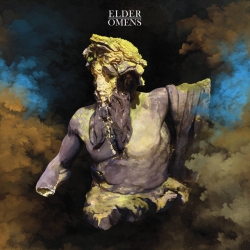 Omens is almost indisputably Elder’s masterpiece, as it heightens everything that makes them so remarkable and unforgettable.

Boston, MA quartet Elder have been around for nearly fifteen years, and in that time, they’ve grown into one of the most fascinating and renowned acts in their field. Initially, they leaned closer to a hybrid of stoner rock and doom metal, but with their most recent LPs, they’ve dialed back the harshness a tad to incorporate more elements of psychedelic and progressive rock. As a result, their newest work is especially colorful and hypnotic, and with their latest, Omens, they’ve perfected that formula even further. In fact, with its continuously engrossing yet deceptively understated arrangements, animated timbres, and characteristically aridly victorious declarations, it sees Elder outdoing themselves in virtually every way.

Omens is the band’s first full-length studio outing with drummer Georg Edert—who replaced Matt Couto after 2017’s Reflections of a Floating World—and the second with guitarist Michael Risberg. Of course, the line-up is completed by longtime bassist Jack Donovan and guitarist/keyboardist/vocalist Nick DiSalvo, too, and this time, Fabio Cuomo serves as a guest keyboardist. Thematically, it’s meant as a “vacation from reality” inspired by the “increasingly bleak, confusing and antagonistic times in which it was written. Composed as a concept album spanning the lifespan of civilization, [it] also reads as a commentary on our own society hell-bent on profitability at the expense of our own lives and environment.” Those embedded observations help the group take their winning medley of modern gruffness and retro spaciness and sophistication to new heights, ensuring that longtime fans and newcomers alike will be totally hooked from start to finish.

Lasting just under an hour in duration, the record wastes no time sucking you in with its coarse cosmic catharsis. The opening title track, for instance, begins with swirling keyboard patterns reminiscent of 1970s prog rock icons like Camel and Yes. It’s not long, however, before they’re matched with gravely guitar riffs, vocals, and percussion, conjuring Baroness, Electric Wizard, and Anekdoten by culminating in something that’s simultaneously soothing and revitalizing. Its balance of full-bodied fervor and lighter intervals is masterfully achieved, too, signifying how methodically organized it all is. By the end, it’s inarguably become one of Elder’s most infectious and (especially at the end) emotional compositions ever.

Naturally, that momentum maintains the rest of the set. In particular, “In Procession” instantly recalls English outfit Amplifier with its increased emphasis on trippily winding and heroic keyboard/guitar synchronicities. It’s like a comforting but vigorous hallucinogenic journey that you never want to leave, as is the more leisurely, surreal, and single-worthy “Halcyon,” which glides along tranquilly while building anticipation for its requisite opaque outbursts. As for the final two statements—“Embers” and “One Light Retreating,” respectively—they’re possibly the top two tracks of the whole collection. The former is relentlessly catchy both musically and vocally, with some truly sublime interplay between all the players; in contrast, the closer is notably dreamy, epic, and multifaceted, as if it’s the wonderfully histrionic finale to a long-fought crusade. Once it’s done, you immediately want a return trip through the entire five-song sequence.

Omens is almost indisputably Elder’s masterpiece. It takes everything that’s already made them so remarkable and unforgettable and heightens it, infusing even more colorful complexity, temperamental intrigue, and thematic importance than ever before. Obviously, Risberg and Edert do all they can to capitalize on and complement the foundation Donovan and DiSalvo set, and Cuomo’s contributions are undoubtedly invaluable as well. Thus, it’s hard to imagine anyone doing this kind of thing any better.