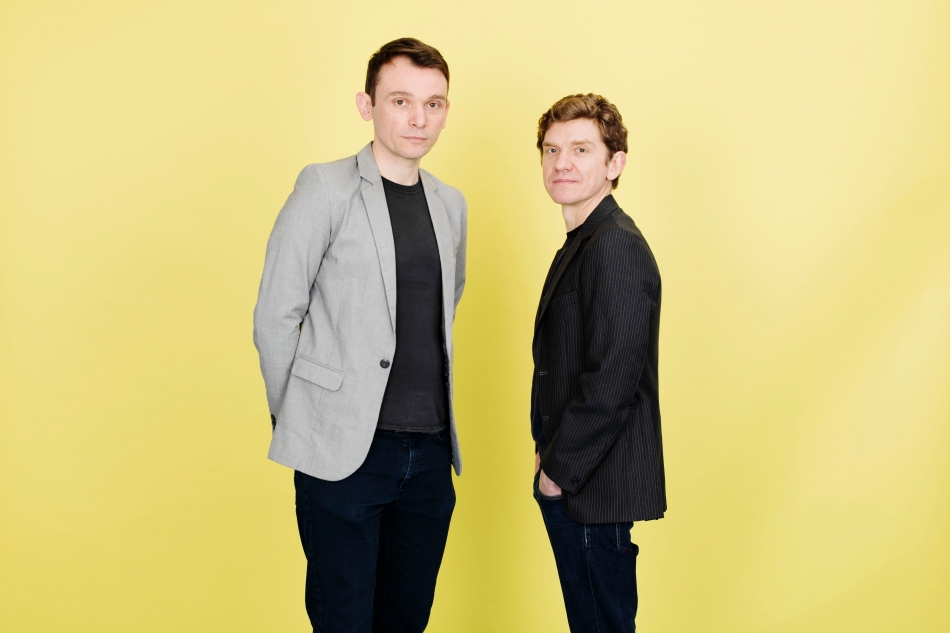 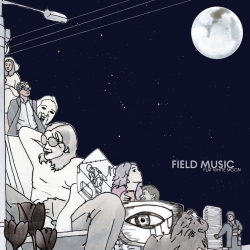 Flat White Moon lingers as long and goes as deep as Making a New World, but with a tangible directness and focus that keeps it economical and immediate.

It’s barely been a year since Field Music put out their exceptional last LP, Making a New World, yet they’re now returning with Flat White Moon. Whereas that last record flowed like a continuous suite of stern examinations (concerning multiple facets of World War I), this one is a more accessible and assorted batch of upbeat pieces. As always, though, their distinctive brand of progressive pop makes it just as invaluable and triumphant, so it should be regarded as another essential entry into their catalog.

According to the press release, brothers David and Peter Brewis—who founded the group in 2004—began Flat White Moon as an attempt to have fun and “make people feel good about things that [Field Music] feel terrible about.” (That’s not to say that it doesn’t go into some dark places, however, as the songwriting deals with “loss and grief . . . [and] guilt and isolation.”) They also wrote it to be played easily in concert since the tours for Making a New World (as well as 2018’s Open Here) required several live musicians and a fairly elaborate template. They cite acts like Led Zeppelin, The Beatles, and Fleetwood Mac as inspirations for this “looser” approach, and despite a few logistical complications from COVID-19, they basically stuck to their original plan for the album. It’s no shock, then, that the end result is another gorgeously catchy, nuanced, and sobering affair.

Opener “Orion from the Street” sets the stage well as a “hallucinogenic treatise on memory and guilt.” Its foundational indie rock consistency and English charm are expectedly decorated by delightfully sparkling timbres (including piano and flute) and psychedelic effects. Melodically and lyrically, it evokes the soft-spoken nostalgia of Tim Bowness via sentiments such as “Belief in further lives / Separate but true / If I thought you were anywhere / I would be there too.” It’s a stunning opener that solidifies Field Music’s sustained magic.

Luckily, the remaining songs do the trick, too. Be it the sleek acoustic breeziness of “Do Me a Favor,” the off-kilter construction of “Invisible Days,” the symphonic warmth of “When You Last Heard from Linda,” the funky accentuations on “In This City,” or the peppy harmonies of “Not When You’re in Love,” the pair—and their guest musicians—ensure that virtually every track has its own flavors and rewards while also fitting into the larger Field Music puzzle. In other words, nothing feels out of place or too repetitive and familiar. Rather, they constantly take themselves and listeners to new places without abandoning their core trademarks.

Flat White Moon is certainly more effortlessly digestible than Making a New World, but that doesn’t mean that it’s any more ephemeral. Really, it lingers just as long and goes just as deep, but with a tangible directness and focus that keeps it economical and immediate. No matter how it compares to its predecessors or Field Music’s discography as a whole, though, there’s little doubt that the Brewis brothers continue to be among the most characteristic, ambitious, and beguiling forces in modern popular music.