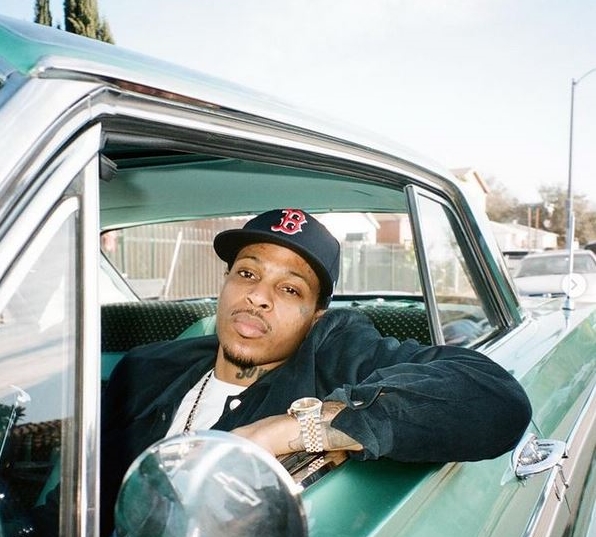 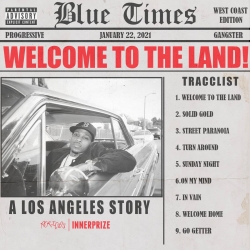 G Perico kicks off 2021 with two hits of his West Coast rap.

His is a familiar story—a gang member starts hustling his music, converting his street cred into rap. The South Central Los Angeles rapper, G Perico, broke through in 2017 with his well-received albums, All Blue and 2 Tha Left. Those albums were vivid. I heard the lyrics and saw a life. The music spider-walked across the room with Perico’s taut, nasal delivery—confident, but with pinched nerves. The breakout attention from that year may have waned, but his ambitions have not.

“Free. This is the beginning of my 2021 run, my 12-month run, my quadruple-my-worth run. And consider this a five-course meal. And we just now pulling up to the restaurant. We in valet right now,” Perico promises on Free, a six-track EP he released in early January. He followed up quickly, releasing Welcome to the Land just two weeks later. Even more is expected this year, along with a clothing line.

But Free is imbalanced—the first half much better than the last. In the song “INNERPRIZE CLICC,” Perico advises, "Treat the city like a safe—we're gonna bust this shit open. If you're trying to get paid, stay away from your emotions." His syncopated delivery over the low-end piano keys satisfies, especially at the song’s refrain—“Keep shit goin’.” On “Never Made Statements,” he boasts, "From the bottom, take this shit straight to the top. Every thirty days, a couple hundred grand in the pot." He flits from hype to grievances to loyalties as you ride with him, turning corners through the neighborhood.

G Perico expresses feelings in tension about his West Coast home, like on the album’s title song: “That’s LA for you—niggas gonna bang on you then pull that thang on you. I swear I love it here. I swear I ain’t leaving until they bury me deep up under here.” The tension has its best moment on “Sunday Night,” my favorite song on Welcome to the Land: “Sunday night: bring your gold, nigga, bring your ice. Bring your cars, nigga, bring your bikes. Suede bucket seats with the loud-ass pipes. It’s a takeover. Got the blick on my lap. The cars can’t move ‘cause the streets too packed.” And then the refrain: “Vettes, Beamers, trucks, and bikes—pullin’ all that shit out on a Sunday night. Chevys, Cutlass, and Regals’ steel. Got the Glock on my lap, niggas still getting killed.” It sounds almost like a good time, but the sense of danger never lets up.

G Perico has always expressed a strong sense of paranoia. But next to his 2017 releases, his delivery on Welcome to the Land sounds a little choppier and more fragmented, and his posture is more defensive. He is always calibrating how cautious he should be, countering his wariness with his drive. Like Perico says in “Turn Around,” “The last 18 months has been crazy as a motherfucker. I’d be lying if I said everything went as planned, but you know winners don’t stop.” 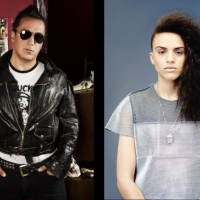