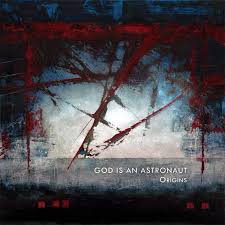 Album Review
God Is An Astronaut
Reviewed by samsam

It’s post-rock jim but not as we know it

When partaking in a friendly game of Traveller (dungeons and dragons in space don't you know) one may greatly augment the experience with the mass effect soundtrack playing in the background. As sci-fi soundtracks go, its fantastic for inspiring Firefly levels of galactic gung ho. God Is An Astronaut are worthy of the same standard of sci-fi soundtrack merit, but in comparison they retain a pensive nature, more fitting for the lone planetary ranger rather than the gun laden space commando. Their 7th album 'Origins' sees the group sustaining their unique synth skirmish post-rock.

Since their 2002 debut record 'The End of the Beginning', GIAA tracks have seen a continuous improvements in their production quality. Which is really saying something since every element has always rung out with the crispness of an autumn dawn in their Irish homeland. Crunchy guitar chords blend into reverb soaked drums, merges with electronic percussion, which is reinforced by soaring synth lines. Its an aural algorithm that results in a striking yet ethereal composite fitting for the post apocalypse. This formula has been a surefire recipe for success as the band have stood stronger than many of the other post-rock giants from the heyday of the genre.

'Origins' has several darker edges that fans may be used to; if their music thus far has been onlooking, then this album is an ominous reflection. The interweaving riffs of 'Spiral Code' conjures images of an organic data stream seeking digital revolution. A gated synth line introduces 'Transmissions' and portrays an electronic extermination of existence, like if '28 Days Later' had kicked off at a rave. 'Red Moon Lagoon' with its creepy bends and metal overtones, acts as a sinister requiem for civilisation. I'm hoping that the band members don't have pre-cognitive abilities because if so, then 2014 is going to be bloody terrifying.

Although less balls to the wall than their stylistic counterparts 65 days of static, the textural and harmonic prowess of this group's work produces fantastic levels of imagery. If GIAA were to write an album about birds, I'm sure that it would have me thinking about a flock of epic herons soaring across the baron plains of post-humanity. If there is any message being consciously projected, then it may well be featured in the lyrics. However when they're that heavily vocoded one is left none-the wiser, but one wouldn't want it any other way as it adds another shimmering layer. Any effect pedal enthusiast should consider regular worship of this band as the wealth of gear that they utilise is a real treasure trove of stomp box porn.

If an intimate singer song-writer was to be thought of as portrait music then God Is An Astronaut are most certainly grand astral landscape music. The perfect soundtrack to any number of sci fi epics', the haunting side of this record lends itself more to 'Sunshine' than it does 'Gravity'. And frankly, you'd be much better off listening to 'Origins' than you would watching Sandra Bullock float around for two hours.