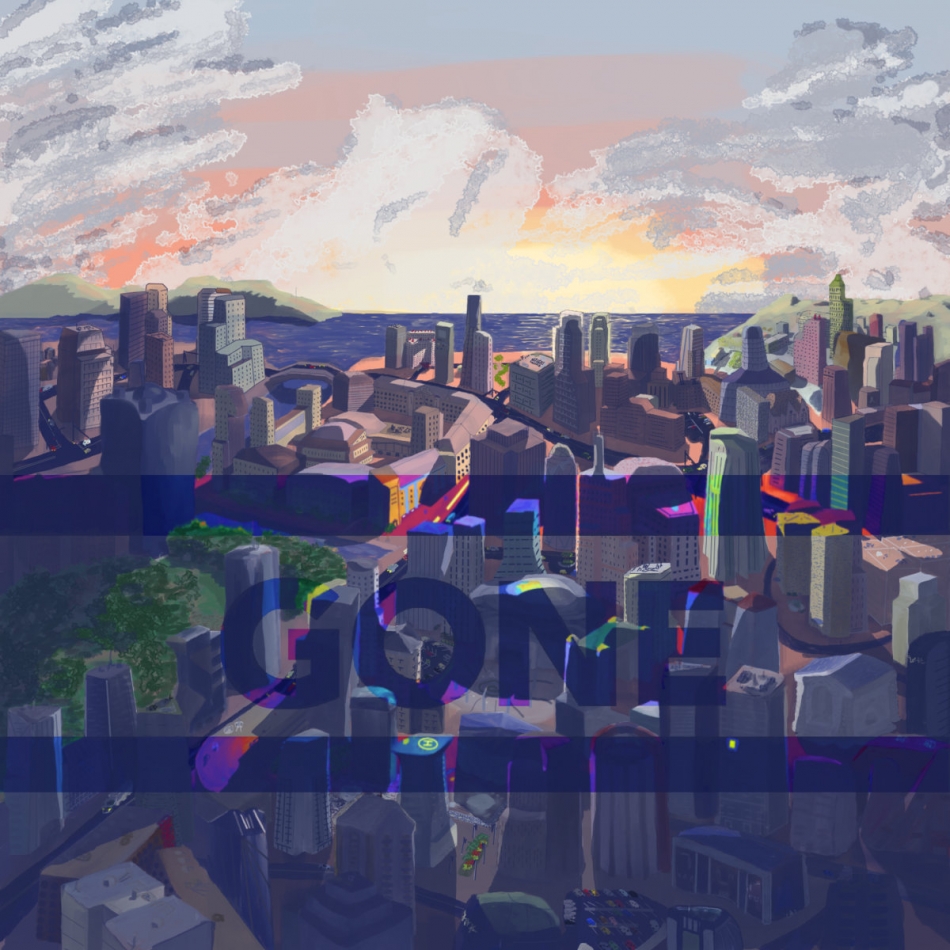 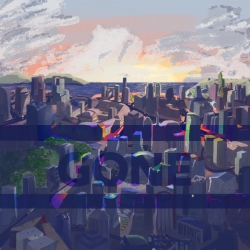 Every track on Gone is, in its own way, a celebration of vibrant imagination and skillful collaboration.

American guitarist/composer Joey Frevola has accomplished a lot for only being in his mid-twenties. As a key member of progressive rock English outfit Kyros—whose last album, Vox Humana, was quite good—and his own art metal outlet—Edge of Reality—he’s already proven himself to be a laudably characteristic and adaptable musician. Even so, the amount of creativity, cohesion, skill, and heart spread across his debut solo effort, Gone, is staggering. With help from some equally talented friends, Frevola’s vision yields a triumphantly unified sequence that any fan of the genre should check out ASAP.

Like many creators, Frevola keeps the story behind Gone cryptic, only setting up the overarching scene as follows: “Enter on one man wandering around a completely barren cityscape. Why is he, in particular, the only one around? What happened to everyone else who lived there? Well, that's something you'll have to discover for yourself.” As for the cast that fleshes out his tale (with lyrics by Matthew Pritchett), you have bandmates Jesse Brock (Edge of Reality, Lines in the Sky) and Adam Warne (Kyros) on vocals, as well as Emma Rowley and Stephanie Middleton. In terms of musicians, Frevola provides guitars, bass, and keyboards alongside percussionist/drummer Robin Johnson (Kyros), violinist Laura Epling, trumpeter Emmanuel Echem, cellist Maggie Chafee, flutist Charles Sanchez, and French horn player Dustin Texás. Together, they—with mastering from Jens Bogren (Opeth, Katatonia, Soilwork, Arch Enemy)—make Gone an emotional and eclectic ride that you’ll love disappearing into.

The title track opens the LP with plenty of atmosphere. Gusts of wind lead into mournful piano notes and chords, instantly establishing a foreboding sense of desperation and isolation. Fittingly, footsteps lead us into—you guessed it—“Footsteps,” a lusciously wide-ranging, gentle, and hopeful composition in which organic and tribal percussion steer horns, flutes, and piano into a more orchestral and intense resolution with aggressive keyboards and electric guitar flourishes. It’s awe-inspiring, to say the least, and really helps establish Frevola’s style amidst building anticipation and personality. Afterward, “Empty” continues the symphonic splendor musically (including a lot of intricate acoustic guitar fingerpicking) but with fetching urgency via Brock’s ardent singing. In a way, it’s like a more subjugated and hostile take on Moon Safari (which is never a bad thing).

Luckily, Gone continues its seamless and sundry enchantments until the very end. For example, “Lonely” is an engrossing and operatic piano ballad that expertly transitions into the epic and playful instrumental “Footprints in the Glass” (where it seems that every player adds their falir to the magical mix). Later, “Ransom Note” allows Warne to add some ominous narration over an incredibly dynamic, macabre, and noirish backdrop, whereas the Unitopia-esque “Friends” finds Middleton adding pleasant backing vocals and “Elise’s Song” sees Rowley bringing angelic passion to her melodic soliloquy (atop a dazzling and airy musical backdrop). Closer “Write, Erase” is thoroughly captivating due to its rich harmonies and shifting, tuneful blend of chaos and catharsis. It’s truly a satisfying finale.

Every track on Gone is, in its own way, a celebration of vibrant imagination and skillful collaboration. Although it certainly conjures other Frevola projects in terms of flow and score, it definitely sets itself apart as well, offering a remarkably fresh, unexpected, and consistent journey full of accessibility, intricacy, and overarching colorful zest. Each musician and vocalist clearly gives their all as well, solidifying ample endearment behind the scenes and on the record. Above all else, Gone demonstrates how much an artist can do with the right help and the freedom to experiment, making it more refreshing, encouraging, and commendable than many of the newest works by the genre’s most well-known acts. Here’s hoping Frevola returns soon with an even more mesmerizing follow-up. (No pressure!) 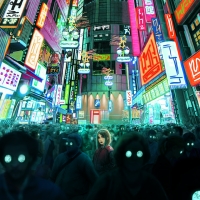