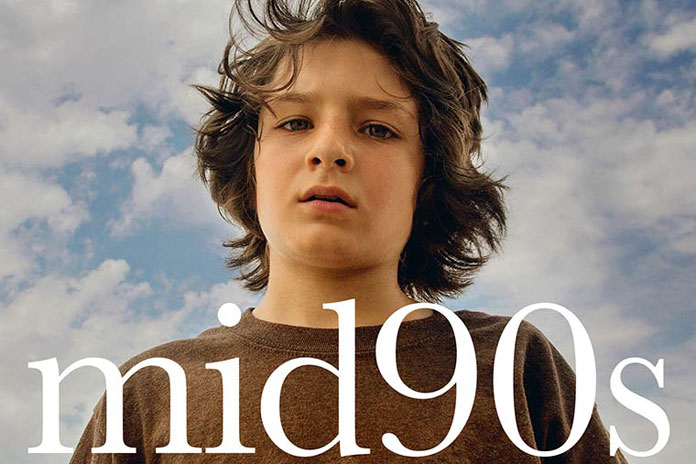 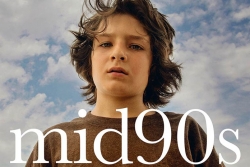 A directorial debut by actor, producer and writer Jonah Hill, Mid90s lends a close-up introspection of 13 year old Stevie (Sunny Suljic), living with his single mom and admiring his older brother Ian (Lucas Hedges) despite having to dodge his beatings and violent outbursts at home. While off for summer vacation in Los Angeles, he finds salvation in four older boys working at a skateboard shop. As the five teenagers navigate their youth through skate tricks, drinking at parties and chasing girls, Stevie finds means of coping with and escapism from his home life and through his newfound friends he learns how to assert his independence and resist authority while still looking for guidance along the way. Not omitting the homophobia and misogyny that comes with the territory, Mid90s is a realistic portrayal of the angst and confusion that comes with adolescent boyhood, yet unfortunately feels overdone and hovers on the surface of trying to find something interesting to say.

As its title persists, the film pays literal tribute to artifacts and memories of its respective time period in a world free of social media and cellphones. Wrapped in a recognizable soundtrack of hits ranging from The Pixies, The Misfits and Cypress Hill (as well as an original score by Trent Reznor and Atticus Ross), Stevie and his brother exchange skateboards for video game cartridges, finding Discmans the medium of choice for technology and Ren & Stimpy t-shirts the common fashion. Rather than providing a seamless background of the time and place, Mid90s feels forced in making sure the viewer is aware of just how many of the decade's tokens are included. Hill's decision to shoot in boxy 4:3 aspect ratio acts as a flimsy attempt to blanket his work in nostalgia and bestow greater poignancy to the boys' emotional turmoil and expressions. 16mm film interspersed with fish-eye lens camera shots of the boys street skating also tends to clash with it's initial intentions and winds up feeling whimsical and aimless.

Harnessing a group of racially diverse actors, Stevie poses as a bystander while his friends discuss the stereotypes and assumptions they're faced with on a daily basis. Rather than having a cause and clear vision of what he wishes to present to his audience, lessons about hardships and vulnerabilities are merely touched upon before the kids go on and have their fun smoking cigarettes and performing ollies in the park. With nicknames like Fuckshit (Olan Prenatt) and Fourth Grade (Ryder McLaughlin), Stevie's friends fit into compartmentalized ideas of the party-loving prankster and the not-so-bright kid. Ray (played by Na-kel Smith) shows some layers of intrigue, resisting drugs and womanizing when it comes to taking his future as a professional skateboarder seriously and offering advice to the young Stevie after an argument with his mother. In a similar vein as Larry Clark's Kids, Mid90s touches upon all the drama and difficulty of a coming of age story, yet unfortunately loses direction when it comes to bringing anything new and meaningful to the table.