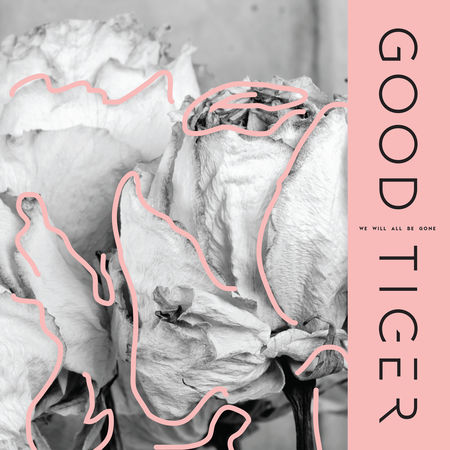 'We Will All Be Gone' cover 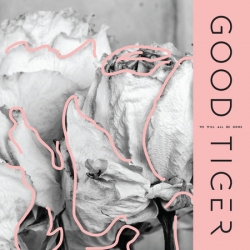 Despite not really breaking any new ground in the larger scheme of things, We Will All Be Gone is still a valuable playthrough for fans of the style.

With 2016’s A Head Full of Moonlight, post-hardcore/progressive metal quintet Good Tiger announced itself as a vastly determined, gifted, and pleasing new act that—as I wrote in my review of the record—also sounded a bit too much like a mere mash-up of Circa Survive, Closure in Moscow, The Mars Volta, and Thank You Scientist. For the most part, that remains true on We Will All Be Gone, as it’s another fetching listen that can’t help but conjure the more unforgettable and distinguishing sounds of those bands (among others). That said, it is a noticeably more nuanced, touching, and dynamic sequence than its predecessor, making it a superior offering that’s still very much worth checking out.

According to guitarist Derya “Dez” Nagle, the aim with this sophomore LP was “to focus more on songwriting rather than specifically on any kind of wow factor, instrumentally or production-wise.” Featuring “discussions of human interactions, emotions, and the psyche,” the ten-track collection finds “various members contributing lyrics” to establish multiple outlooks and an air of unity throughout. Along those lines, even the title is meant to signify the “existential themes” of the album, with Nagle clarifying that although it may sound “quite nihilistic or down . . . it comes with an air of optimism . . . [l]etting go and not having to be drained or occupied by something which has little relevance for day-to-day life opens the door for positivity.” Indeed, We Will All Be Gone packs nonstop melodic and instrumental passion, making it a powerful journey.

Opener “The Devil Thinks I’m Sinking” launches with light atmosphere as modest guitar chords complement the increasing volume of vocalist Elliot Coleman’s high-pitched declaration (“Please don’t swim / There’s something in the water”) and counterpoints. Of course, it doesn’t take long for the rest of the band to burst in with an onslaught of agitated rhythms and guitarwork as Coleman’s multilayered angst captivates. Subsequent songs—"Such a Kind Stranger," "Grip Shoes," "Salt of the Earth," and "Nineteen Grams"—capture similar trajectories, albeit with their own idiosyncrasies. While not notably novel, they’re nonetheless quite satisfying and commendable on their own merits.

As satisfying as those formulas are, though, We Will All Be Gone works best when it focuses a bit more overtly on catchy, heartfelt singing and moody arrangements. For instance, “Float On” juxtaposes its crushing riffs with emotive verses and soaring choruses that are bound to get stuck in your head; likewise, the somewhat electronic and sparse backing of “Blueshift” helps produce an affective aural world in which to get lost. Near the end of the record, “Cherry Lemon” offers a humble but effective interlude consisting of scattered guitar lines and frantic syncopation (so it’s definitely a showcase for drummer Alex Rudinger), while closer “I’ll Finish This Book Later” is initially a timid and solemn ode; however, it eventually becomes an almost stoner/doom rock trudge to the finish line, with a fatalistic blend of outcries and chords evoking a proper sense of conquest. (It also returns to its quiet origin during the final moments, which makes it more impactful.)

Despite not really breaking any new ground in the larger scheme of things—although it is a sufficiently different beast than A Head Full of Moonlight—We Will All Be Gone is still a valuable playthrough for fans of the style. It more or less finds Good Tiger focusing their strengths while trying a few new techniques; true, that once again results in a marginally disappointing sense of familiarity, yet it also serves as a second statement of how good the quintet is on a technical level. They’ve yet to truly establish their own identity, but they’re getting closer, and that’s reason enough to at least check out what they’ve unleashed on this outing.