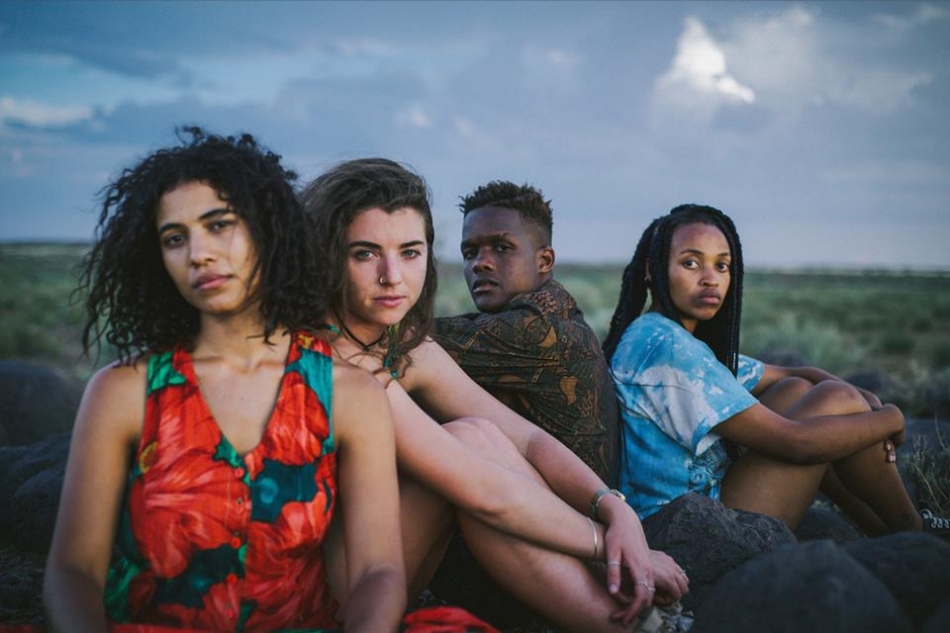 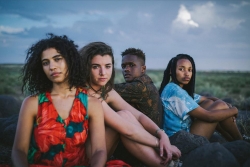 What starts as a seemingly jovial road trip among four friends turns into deeply embedded entanglements in Jenna Bass' film, High Fantasy. Screened during Austin Texas' new LGBTQ genre-defying festival, Contrast Film Festival, racial and gender tensions take root among our protagonists Xoli (Quandiswa James), Thami (Nala Kumalo), Tatiana (Liza Scholtz) and Lexi (Franchesca Varrie Michel) as they venture on a camping trip in the sprawling farmlands of South Africa. After an inexplicable transformation overnight, the four realized they've swapped bodies and are forced to reckon with their newfound identities. Friendships get tested in the heat of debates and Bass' use of interspersed confessional tape scenes and iPhone footage grounds High Fantasy in the depths of our political reality.

While the theme of body-swapping isn't groundbreaking territory, Bass' use of switching identities allows her audience to put a halt on any preconceived notions and expectations we project onto others' physical bodies and consciously consider their internal thoughts and feelings. All four actors don't skip a beat when it comes to projecting their new found psychology, their overnight transitions pummeling with an onslaught of emotions harnessed true to their newly discovered identity the following morning. In contrast to the barrage of sentiments expressed during the camping trip, each character's post-confessional tapes allow space and reflection in the aftermath of their experience to come to light. Their careful deliberations and general dispirited attitude takes precedence when attempting to peel away the layers of racial and gender stereotypes we tightly hold on to without further exploration. High Fantasy presents its viewers with important questions, however its attempt to pack in so much in such little run time often feels forced and skims over themes that may have been stronger had the film chosen to cast a closer lens at specific issues.

Filming High Fantasy via iPhone allows for an intimate and liberating look at the varying character's nuances, often focusing on close-up shots of scars and skin without it feeling overtly sexual or objectifying. As the entire film focuses on differing points of view, using an iPhone as another visual insight contributes as yet another perception in how we process the complex nature of our reality. The focus on South Africa's vast and sprawling landscape juxtaposed with the smothered nature our protagonists can't seem to escape from remains embodied in the phone's camera angles and jolted, close-up scenes. All of the film's characters repeatedly state their desire for everything to turn back to normal at the end of the day, with their body-swapping experience leaving aspects of their attitudes and viewpoints changed to the core. Bass' intention isn't aiming to neatly tie up our differences with a harmonious end result; instead she reminds us that these issues are messy and complicated more often than not, with no easy solutions at the end of the day.