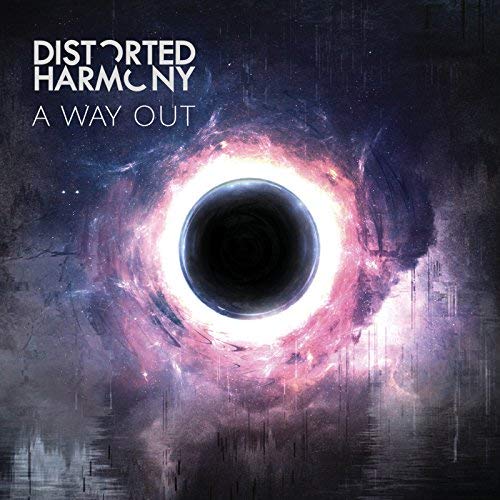 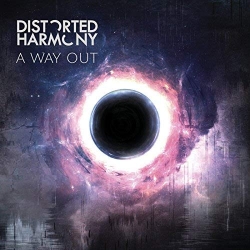 A Way Out doesn’t rewrite the rules of the style, but it does offer another very steady collection of progressive metal gems with enough idiosyncratic and sobering muscle (instrumental, lyrical, and vocal) to set itself apart from the pack.

Formed by programmer/keyboardist Yoav Efron and drummer Yogev Gabay in 2010, Distorted Harmony quickly became one of the top names in Israeli progressive metal. Whereas 2012’s Utopia offered a fine balance of light and heavy dispositions, 2014’s Chain Reaction focused more on destructive complexity (with a noticeable emphasis on djent at times). Logically, then, their third LP, A Way Out, follows suit by channeling genre icons like Karnivool, Meshuggah, and Periphery in its captivatingly intense and dynamic runtime. While the core formula isn’t especially innovative, the band once again embellishes it with enough intriguing variations and solid songwriting to make it rank alongside its predecessors and further establish its creator as a noteworthy band.

A Way Out marks Distorted Harmony’s first studio album as a sextet, with the line-up being completed by singer Misha Soukhinin (now calling himself Michael Rose), bassist Iggy Cohen, and guitarists Amit Plaschkes and Yoel Genin (who replaces Guy Landau). As for the purpose behind the record, Efron says that it’s more “personal,” adding:

It’s about the ‘we’, the ‘us’ and the ‘I’ and how they manage to intertwine inside my head. Emotions, they define us, how we perceive and handle the feelings we can but mostly can’t control; Loneliness and anger, fear, despair and even hope play a major role in our lives as individuals and as a society, it’s both a strength and a weakness – this is why we’re special and cursed. “A Way Out” deals with such emotions, my own (mostly). It’s heavy and aggressive, quiet and afraid and it may even get political [sic].

As usual, the group nails its trademark take on affective aggression with opener “Downfall,” a heartfelt anthem whose impassioned verses (“They cried / Never thought she’d leave / Abandon them in their need”) and guttural accentuations are complemented exceptionally by crushing ruffs and percussion, all of which is housed within coatings of urgent/futuristic keyboard patterns. It’s a commanding way to start for sure, and its promise of distressing ferocity is fulfilled by subsequent standouts like ‘Room 11,” “Anima,” and “We Are Free.” They maintain the same overarching formula while presenting sufficient differences to feel individualized (due in part to the increased weight of having two six-string masters).

Of course, the true distinction of Distorted Harmony comes in how they offset those relentless outbursts with softer and/or more multifaceted passages. For instance, “Awaken” counters the intricate force of its second half with a significantly atmospheric and dreamy starting point in which delicate piano and guitar arpeggios—as well as lightly programmed drumming—emphasis the passion Rose decrees so well. Likewise, “Puppet on Strings” makes great use of backing vocals, quirky syncopation (alongside thick bass lines), and strings to yield an engulfing sense of symphonic perseverance, while ‘A Way Out of Here” is a profound piano ballad (with increasing digital accompaniment) that unquestionably reigns as the best songwriting on the disc. Afterward, “Time and Time Again” is essentially a tour-de-force of every Distorted Harmony characteristic meshing together; in contrast, “Someday” concludes the sequence with substantial sentimental gravity and instrumental depth by fusing progressive metal riffs and percussion with electronic flourishes, angelic choral respite, and an overarching impression of spiritual purpose that will stay with you long after the full-length ends.

A Way Out doesn’t rewrite the rules of the style or even suggest a drastic change from its predecessors (although, again, the addition of two guitarists certainly enhances the band’s power and range). What it does accomplish, however, is offering another very steady collection of progressive metal gems with enough idiosyncratic and sobering muscle (instrumental, lyrical, and vocal) to set itself apart from the pack. In other words, Distorted Harmony aren’t redefining modern progressive metal as much as they’re earning a place at the forefront of it, so if you’re a fan of the genre, A Way Out, like its earlier siblings, is a must-hear effort.