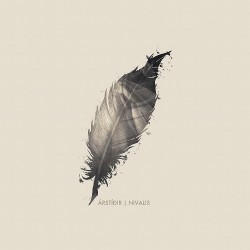 Like its predecessors, Nivalis is an aural work of art that brilliantly validates why Iceland is an exceptional nation when it comes to producing magnificently melancholic music.

Reykjavík is home to some of the most breathtaking modern Icelandic acts, such as Of Monsters and Men, Amiina, Agent Fresco, Sigur Rós, and of course, chamber pop/rock/folk group Árstíðir. Formed a decade ago, Árstíðir has released several gorgeously emotional records—including 2016’s stunning collaboration with Dutch vocalist Anneke van Giersbergen, Verloren Verleden—and their latest, Nivalis, may be their best yet. Capturing the chillingly beautiful introspection inherent in its namesake, the record is an elegantly moving journey whose every moment resonates with aesthetic universality.

The proper follow-up to 2015’s Hvel, Nivalis finds the band “steer[ing] their unique and moving indie-folk in a more subtle contemporary rock direction without sacrificing any of their hallmark beauty and grace. Tracks unfold with poise and purpose, revealing gossamer melodies that echo long beyond listening." Naturally, a major part of the LP’s luscious heartache comes from how its nearly dozen guest musicians—including several string players, bassists, and percussionist Magnús Magnússon—interact with the core members (all of whom sing). Combined, they ensure that each track is individually powerful and relatable while also feeling like an important piece in the cumulative Nivalis puzzle.

Opener “While This Way” stands as one of the album’s most exemplary and gripping tracks, as faint vocals and instrumentation gradually build to a robustly nuanced crescendo of graceful tragedy. In particular, the orchestral treatment breathes haunting life into the reserved rock elements and angelic harmonies (the chorus—“I'm falling off the edge of the world / You're the one who's checking out / And runs for cover”—is especially devastating). Like all of Nivalis, It immediately etches itself in your heart and mind and refuses to leave.

Several subsequent pieces share a similar vibe, including the densely serene “Please Help Me” and “Like Snow” (whose dynamic percussion is certainly a highlight). Later, “Circus” is chillingly sparse, with resourcefully arranged timbres providing interconnected drama, while “Conviction” is perhaps the best demonstration on the whole disc of how strong the band is at unified singing. The penultimate “Wasting Time” is downright cinematic in terms of emotional weight and power, too.

In contrast, “Lover” is more upbeat and quick (like a mixture of Nosound and Imagine Dragons), whereas “Entangled,” while being somewhat conventionally paced, still thrives due to sheer catchy sophistication. “Thar Sem Enginn Fer” radiates classical heft and gradation in the midst of what’s essentially an acoustic guitar ballad, just as “Órói” skillfully fuses its stringed anguish with an undercurrent of electronic pulses and claps to yield one of the LP’s most simple yet lingering inclusions. Towards the end of the sequence, “Mute” is a relatively poppy piano ballad that still maintains the unsettling notion of frigid, transcendental isolation; as for closer “Passion,” it blends acoustic guitar patterns, peaceful harmonies, cello and violin anguish, and tribal percussion for an especially varied and troubling final chapter.

Like its predecessors, Nivalis is an aural work of art that brilliantly validates why Iceland is an exceptional nation when it comes to producing magnificently melancholic music. Every timbre and note (including silence) aids in generating precise feelings of loss, splendor, and everything in-between without ever feeling saccharine or impenetrable. Rather, Árstíðir allows every sentiment to connect with every listener in some way, making it a harrowing yet heavenly listen from beginning to end.