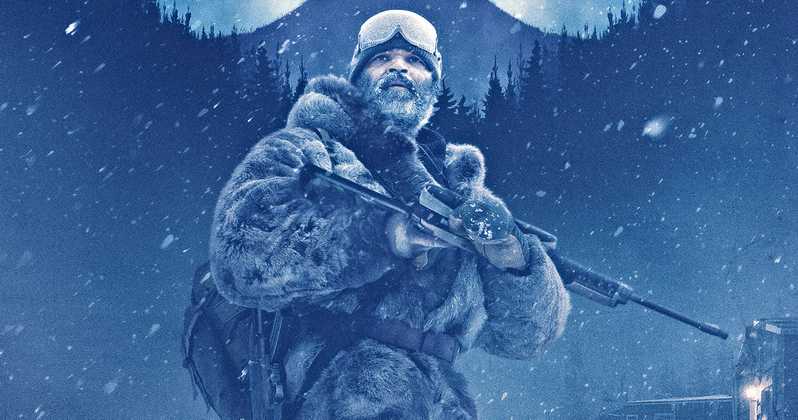 Collaborating once again on a masterfully paced film, director Jeremy Saulnier and screenwriter Macon Blair (of Green Room, Blue Ruin)'s Netflix-released Hold the Dark is a meditative reflection on the absurdity of humanity's capacity for violence and vengeance, asserting itself as a compelling and atmospheric thriller. Convinced that her son Bailey has gone missing in small-town Alaska, Medora Sloane (Riley Keough) contacts a man known for observing and hunting wolves, Russell Core (Jeffrey Wright), in the hopes that he can track down and kill the animal that snatched her child away from her. Meanwhile her husband Vernon (Alexander Skarsgård) is returning home from war after a severe gunshot wound only to discover that both his son and wife have now disappeared, leading him to embark on an unrelenting rampage of brutality in the place he calls home.

Fusing both realism and surrealism against the harsh and desolate Alaskan landscape, Hold the Dark grasps the tangible and bleak barrenness of a small civilization located in the remote town of Keelut. With an average of five and a half hours of daylight in the afternoon, darkness constantly surrounds the townsfolk but never becomes something they fully acclimate to. The physical isolation, freezing temperatures and pathological behavior of the wolves also seep into the community's attitude and psychological subconscious, individuals turning against each other and rendering their thoughts and feelings towards fear and violence. The film's pulsing, ambient soundtrack evokes waves of tension, often syncing and echoing with a heartbeat's incessant pounding, whether in scenes of ceaseless savagery or in the lone, silent space of the wilderness. Crafting a mindful arc from escalating brutality to a retrospective exploration of forgiveness and what it means to be human, Hold the Dark always allows contemplative space and an intelligence to each theme it introduces.

Comprised of complex characters, the townsfolk have varying ways of coping with and dismantling their anger and fear. Core's role in the film emphasizes a more objective and analytical standpoint, an outsider often watching frictions manifest themselves in front of him as he attempts to understand its people in a similar manner to his acute sensitivity for the wolves he studies. "It's just senseless", he responds after considering the mayhem and destruction he witnessed between Cheeon (Julian Black Antelope), a native to Keelut, and its white police force. The only times that Core does intervene are by non-aggressive means or as a cry for help, scenes that arguably leave a more powerful impact that those wrought with graphic violence. Using masks as a symbol for concealment, Vernon hides behind an exterior and in turn keeps the consequences of his devastating actions at bay until he is forced to reckon with them. On one hand, Hold the Dark implies keeping the atrocious behavior humanity inflicts at arm's length, enforcing a continuing, chaotic cycle without an end in sight. On the other hand, you can choose to embrace the darkness and envelope yourself within it completely, recognizing that despite all the vast and evil shadows that lurk, there always remains space for the light to seep in.