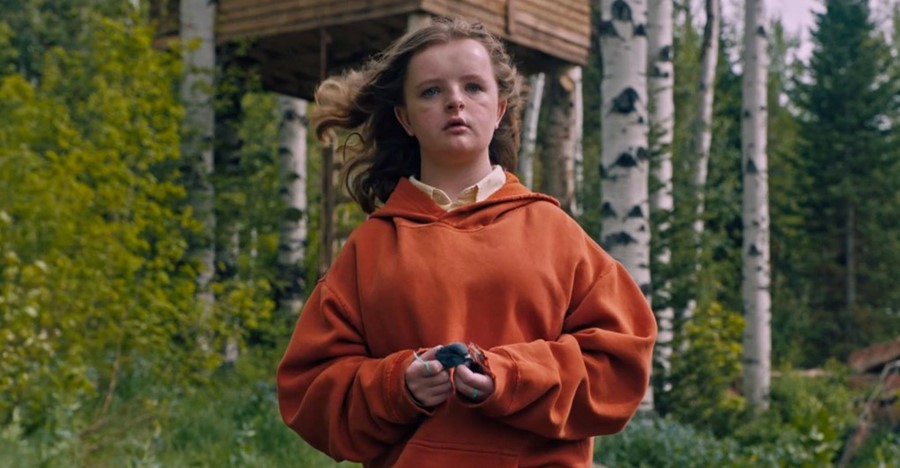 An ambivolent sense of direction can be the fatal wound when it comes to fully engaging in a horror film. Premiering during this year's Sundance Film Festival, Ari Aster's feature length debut Hereditary twists and unravels haunting secrets from one family's lineage after Annie (Toni Collette)'s mother Ellen passes away. Toiling away at handmade figurines depicting scenes from Annie's past and present, she attempts to cope with the the loss of her stubborn and private mother and once again with the death of her teenage daughter Charlie (Milly Shapiro) after her son Peter (Alex Wolff) accidentally decapitates his sister after swerving his car to miss a dead animal (yes, the scene is as abrupt and horrific as it sounds). After Annie joins a grief support group and meets an empathetic woman named Joan (Ann Dowd), Aster blurs the line between psychological and supernatural horror, paving a path for emotional tension and open ended questions but falters by illustrating one too many concrete visions and answers throughout the scope of the film.

Comprised of an outstanding cast, the Graham family carries the film with sharp intensity whether it's with a blood-curdling scream or with a locking blank stare. Annie's extremities waver from a calm and nurturing mother figure to hostility at her son and husband instantaneously, as though she's following in the footsteps of her family's severe depression and schizophrenia. Charlie's face reads like a harrowing broken porcelain doll, uncertain whether there's something sinister or a desperate cry for help lurking beneath her piercing blue eyes. Seeming to be the only near objective character, Annie's husband Steve (Gabriel Byrne) acts as a bystander removed from his wife's inherited genetic traits or the passing of them. With camera edits of the house's exterior flickering through day and night in the blink of an eye, the Graham's living quarters take on tangible qualities with its decrepit squeaks and groans echoing through its interior as well as one of its rooms dedicated to Annie's craft at making dollhouses, serving as a reminder of her and her family's inescapable fate.

Initially posing as a psychological horror, Hereditary takes swift turns and burgeons onto the supernatural realm mid-way through the film. With subtle context clues and a quiet yet palpable tension throughout, the first half feels like a gripping madness about to take hold after a series of traumas to one family. Annie discloses her mom's dementia and her father's deep depression, so consumed by his decline that he starved himself to death, to her grief support group with each member expressing their incredulity with wide eyes. Reacting violently to her son in the middle of the night quickly followed by apologies only seems to inflate her impending delusions and mental instability, until scenes of paranormal rituals and jump scares begin to take place. Instead of leaving a delicate balance of the two horror genres, Aster forces the occult onto the viewer, losing many of the anxieties and psychological reflections that riled a sense of dread. For those anticipating a more unsettling and intellectual mind game like Kubrick's The Shining, Hereditary falls flat by laying out explanations and contrived elements, proving that those things that remain unsaid can be more unnerving than those left revealed.