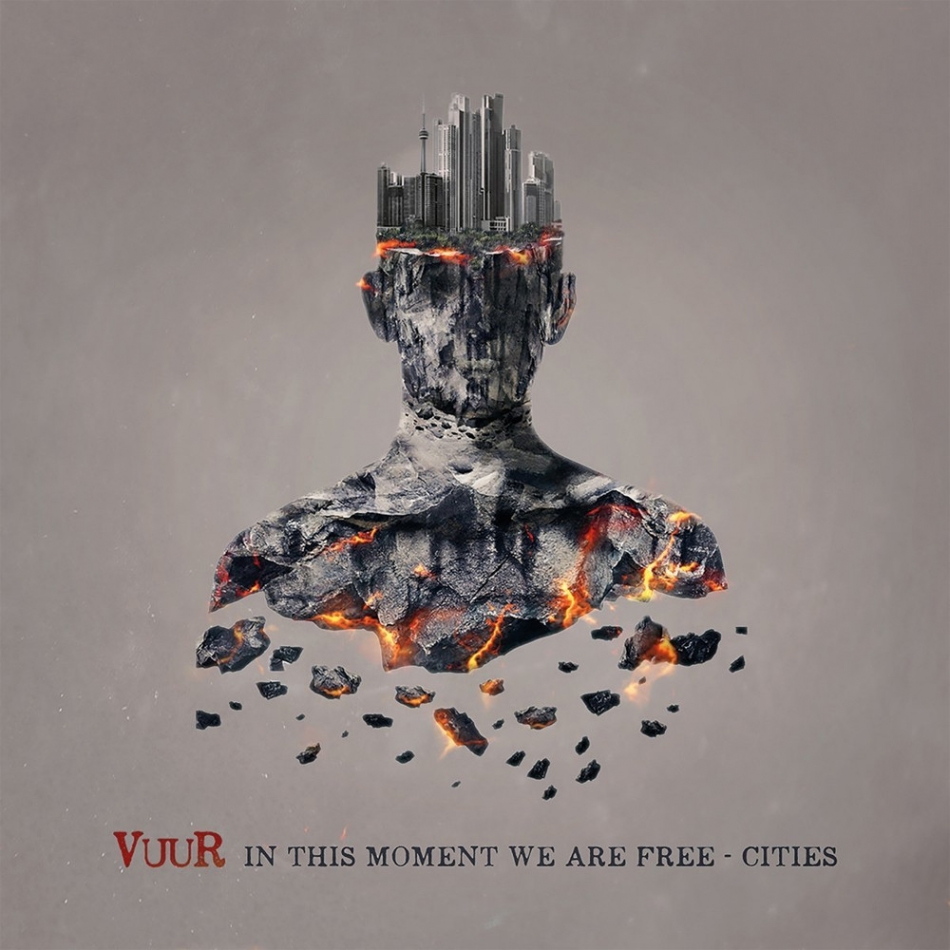 In This Moment We Are Free - Cities cover 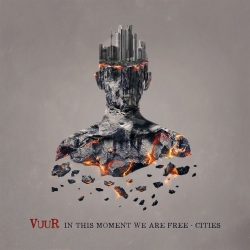 In This Moment We Are Free – Cities is a serviceable progressive metal outing that’s raised a bit by some occasionally intriguing layers and the ceaseless charm of its frontwoman.

Anneke van Giersbergen is easily among the best vocalists working today (unbounded by gender or genre); be it her work with The Gathering, Devin Townsend, Arjen Lucassen, Daniel Cavanagh, or elsewhere, the Dutch singer always astounds with her creamy, angelic resonance and commanding range. Naturally, the same holds true on In This Moment We Are Free - Cities, the debut offering of her newest project, Vuur; yet, aside from her voice inherently elevating whatever material it complements—as well as a few standout ideas and techniques here and there, including clever conceptual continuity—much of the record barely reaches beyond a slightly above average progressive metal affair. It’s certainly enjoyable as it goes, but it often feels mundane and unambitious as well.

As its name suggests, Vuur (“fire” in Dutch) relates to the progressive metal “passion” and “drive” van Giersbergen aims to showcase with the band (as a juxtaposition to her softer, more acoustic solo persona). The group is completed by drummer Ed Warby (Ayreon), bassist Johan van Stratum (Stream of Passion), and guitarists Jord Otto (ReVamp) and Ferry Duijsens; likewise, In This Moment We Are Free – Cities was co-written by Mark Holcomb (Periphery), Esa Holopainen (Amorphis), Daniel Cardoso (Anathema), and Joost van den Broek (who also produced it). Lyrically and thematically, the album “revolve[s] around cities and freedom,” with van Giersbergen commenting on how she “pick[s] up different vibes” from every city she plays. She adds, “Exposure to big cities can be overwhelming and you can feel engulfed by everything around you. At the same time, it’s easy to be a stranger in a big city and for me, that brings out a feeling of freedom as well.” For sure, the entire quintet gives their all on each entry, but more often than not, it still feels majorly common and dismissible.

The sequence wastes no time imposing its heavy attitude, as “My Champion – Berlin” explodes with the kind of blunt riffs, percussion, and soaring guitar lines that make djent legends like Meshuggah and Animals as Leaders shine. Things become more somber and atmospheric once van Giersbergen’s gorgeous and catchy laments kick in, generating an effectively commanding and complex piece that never goes beyond mere adequacy. Sadly, the same can be said for much of the subsequent material.

To be fair, there are some highlight attributes scattered throughout the remaining ten tracks, though; for instance, “The Fire – San Francisco” is a relatively gripping and dynamic song that recalls the sleek poetry of her work with The Gathering; it also segues softly into “Freedom – Rio,” whose occasional acoustic arpeggios match her voice to yield a truly beautiful synthesis that contrasts the intermediate bursts of fury well. There’s also an alluring operatic robustness and transcendental fragility to both “Days Go By – London” and “Valley of Diamonds – Mexico City” that stand out, as does the symphonic urgency of “Your Glorious Light Will Shine – Helsinki” and bittersweet finality of closer “Reunite! – Paris.” These features, coupled with the varied references to the title itself as the collection unfolds (granting it a sustained, eloquent vision), definitely stand out; that said, they can only do so much to surpass the overarching run-of-the-mill sameness that dominates the LP.

In This Moment We Are Free – Cities is a serviceable progressive metal outing that’s raised a bit by some occasionally intriguing layers and the ceaseless charm of its frontwoman. If that works for you, great, but if you’re looking for something on par with the idiosyncratic and striving nature of van Giersbergen’s past projects, you may feel restrained by how safe Vuur play it on this first record. Either way, there’s a ton of talent involved here, so perhaps the quintet will push themselves—and the genre—a bit more next time around.