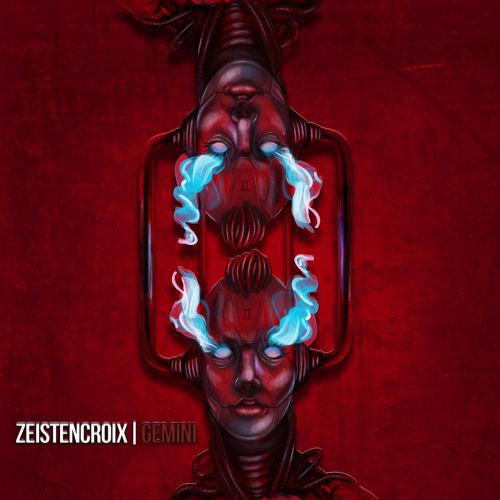 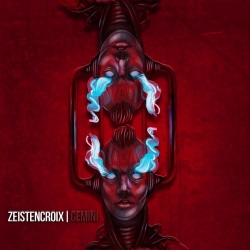 Venezuelan-born, LA-residing Orlando Draven has risen from the challenges of living in country of conflict (Hmmm, which one?) to record as industrial/electronic rock/metal project Zeistencroix (or ZX for short).  The act’s made-up name was created for its unique effect – something different from the usual, just like Zeistencroix’s music (and the occasional use of throat singing).

Zeistencroix’s potent sound is an amalgam of the rock, metal, industrial, and electronic genres (think Marilyn Manson, early NIN and HIM).  “I Need You Tonight” kicks it off in a smooth, dark style with a cantering drum beat, kinetic percussion, cycles of burning guitar lines, and Draven’s noir, sinuous, slightly accented vocals.  He falls down a rocky slope on “Valley of Death” with craggier vocals on the verses, then climbs out with determination, “…to get through alive”, on the ascending chorus sections.

“Saturated” grinds away with jagged-edge metal guitar serration, a machine gun-like drum beat, metal clinks and clanks, and short-phrase, raging, manipulated vocals reminiscent of Marilyn Manson.  Speedy metal guitar riffs charge through the propulsive and hellish “Dantes”, as Draven, with what sounds like robotically processed vocals, but is actually throat singing, dispassionately intones, “Be ready for the worst.”  The wildly thrashing “Rage” steps it up NIN-style (when out of control) with squawking rock/metal guitar lines, a rat-tat-tat drum beat on the chorus, and Draven again glowering and throat singing with deep vibrations to menacing effect.