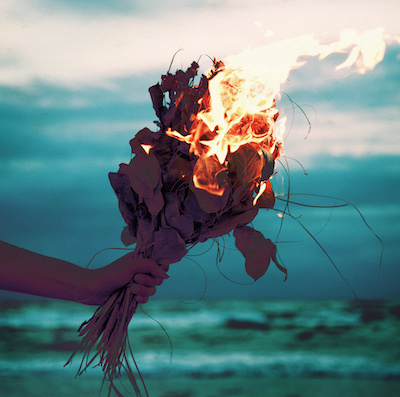 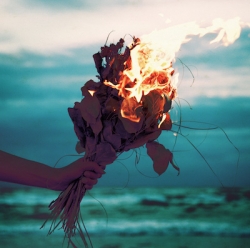 Not only will ‘On’ satisfy any jazz fusion fan, but it’ll likely appeal to listeners who prefer folk, rock, and/or pop as well.

New York guitarist/vocalist Jane Getter is no stranger to the jazz fusion scene.  Cited as “the fieriest fretboarding female ever to strap on a Stratocaster” by Guitar Player Magazine, Getter has released three acclaimed studio albums—Jane (1999), See Jane Run (2005), and three (2012)—as well as played with greats like Lenny White, Brother Jack McDuff, The Roots, and Mike Clark. (She was even in the house band for Saturday Night Live at one point.) However, her fourth LP (and first under the moniker Jane Getter Premonition), On, is likely her greatest achievement yet. Showcasing her incredible new band—including keyboardist Adam Holzman (Steven Wilson, Miles Davis), bassist Bryan Beller (The Aristocrats, Joe Satriani), and drummer Chad Wackerman (Frank Zappa)—the disc is a colorful, complex, and captivating journey full of atmospheric foundations, vibrant counterpoints, and even some stellar songwriting. Despite some redundancy, On maintains its magic for the majority of its runtime.

“Surprised” starts things off with a simple guitar arpeggio, which is soon matched by straightforward rhythms, a soaring dual electric guitar line, and a playful keyboard melody. Eventually Getter interjects her vocals, with are forlorn and haunting, before guest vocalist Corey Glover (Living Colour) chimes in with a more ominous tone. Likewise, the chorus features a rich harmony, while Holzman interjects some of the ghostly sound effects that’ve decorated the last two Steven Wilson LPs. Of course, both Getter and Holzman fire off killer guitar solos halfway through, while the final minutes bring things back to the start again. It’s a very impressive opening that, like much of On, balances the token stylistic virtuosity with strong melodies and dynamic shifts.

Later on, “Pressure Point” proves to be a much heavier and intricate instrumental beast (bordering on techniques that would make Between the Buried and Me blush), with plenty of hypnotic guitar riffs, tasteful piano progressions, and gripping percussion. Afterward, “Diversion” begins softly, with a strong bass line complementing classy acoustic guitar and piano patterns. Of course, Wackerman holds things together wonderfully, displaying inventive syncopation without ever stealing anyone else’s thunder (well, aside from the impressive solo near the end of the track). Of particular worth is the way the sequence calms down near the end, concluding peacefully after several minutes of intricate panic.

Along the same lines, “Falling” contains the strongest songwriting on On. Getter sings sweetly as revered guest flautist/saxophonist/clarinetist Theo Travis decorates her words with hopeful flourishes. Behind them is a full palette of dazzling, folksy instrumentation, with piano notes dancing around subdued percussion and warm acoustic guitar arpeggios. It’s an extremely comforting and serene piece that suggests how strong the group’s songwriting can be. Fortunately, the final entry, “Transparent,” is equally arresting (albeit in a different way). Glover once again leads the charge as more luscious harmonies enhance the charming melodies, and Travis offers another lovely solo before the arrangement erupts into another scorching monster. It’s never too chaotic or bizarre, though, choosing instead to have certain players shine only when it’s most beneficial. It’s an exceptional way to end.

Without a doubt, On is one of the best jazz fusion albums of the year (although it’s a bit tedious to experience all at once); however, with its surprisingly strong melodies and vocals, it also incorporates several other types, so its appeal is inherently stronger than that of most of its stylistic siblings. Getter is clearly an impeccable guitarist and a fine singer, and she’s surrounded herself with some of the best musicians in the field, all of whom bring just enough of their trademark flair to stand out without ever derailing Getter’s central vision. Not only will On satisfy any jazz fusion fan, but it’ll likely appeal to listeners who prefer folk, rock, and/or pop as well. It’s relatively accessible yet still full of astounding arrangements and flamboyant timbres, making it a true gem in the genre.