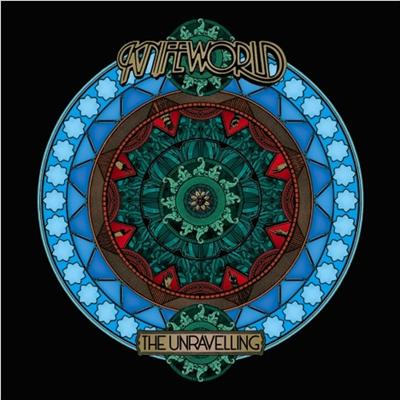 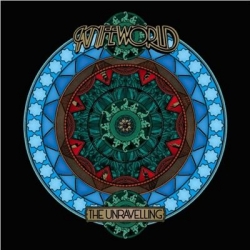 With its luscious timbres, berserk arrangements, skillful dynamics, and bold male/female vocal pairings, it’s damn near impossible not to be in awe of ‘The Unravelling.’

Knifeworld is a group that I’d always meant to check out, as I’d heard a lot about their ingenious blend of psychedelia, jazz, chamber music, and progressive rock over the last few years. An eccentric English troupe led by guitarist/vocalist Kavus Torabi (Cardiacs, Chrome Hoof, Gong), they formed in 2009 and rose quickly to the spotlight with their debut, Buried Alone - Tales of Crushing Defeat. Since then, they’ve also created a few EPs. Admittedly, I’ve never heard any of those records, but I definitely will seek them out now, as their newest effort, The Unravelling, absolutely blew me away. In fact, rarely have I been so instantly and overwhelmingly impressed by new music before.

Described as “an eight song cycle shot through with existential angst, regret, and melancholy in an explosion of colour,” the disc is their first release as an official octet, as saxophonists Josh Perl and Nicki Maher just entered the fold. Torabi goes on to say that the disc “must go off like an atom bomb in your broken hearts – an atom bomb that will make a mockery of all you hold dear. An atom bomb of love.” That’s actually a fair description of it. With its luscious timbres, berserk arrangements, skillful dynamics, and bold male/female vocal pairings, comparisons to several superb artists, including Phideaux, King Bathmat, Gentle Giant, Frank Zappa, as well as the overall late ‘60s/early ‘70s Canterbury movement, are apt. It’s damn near impossible not to be in awe of The Unravelling.

“I Can Teach You How to Lose a Fight” begins sparsely, with a sophisticated rhythm and eccentric effects complementing vocalist Melanie Woods’ delicate melody. Soon after, though, Torabi’s ominous jazz fusion guitar lines, as well as the spastic horns and eerie chaos that unfold in the background, makes the track become very foreboding indeed. Timbres clash and seduce as the two singers exchange warnings and laments; it’s like a nightmarish take on a Phideaux gem, or like something Goblin would’ve lent to a Dario Argento soundtrack. It’s thoroughly fascinating, brave, and unique, as is “The Orphanage,” which acts as a sinister yet relatively simple interlude.

There’s an overall lighter attitude to “Send Him Seaworthy,” which, with its warm horns and more welcoming phrases, feels like some Camel or King Crimson might’ve crafted in the early ‘70s. It’s more accessible for sure, but it’s still quite adventurous and complex. Torabi’s voice is especially quirky here too, as he sounds like he was plucked out of a ‘60s Brit pop act, making the ensuring harmonies very rich. It also feels a bit like the calm before the storm, as the next selection, “Don’t Land on Me,” is probably the most schizophrenic and extraordinary entry on The Unravelling. It begins with a collage of robust instrumentation that’s simply hypnotic and awesome; it then gives way as the songwriting takes center stage, offering masterful dynamic changes with its peaceful passages. These juxtaposed approaches shift constantly as the duration progresses, making it an incredibly exciting, interesting, and daring affair. This piece alone should earn Knifeworld a lot of acclaim.


The group’s peculiar lyrical content continues on “The Skulls We Buried Have Regrown Their Eyes” (just look at that title). Basically, it consists of Torabi reciting a creepy poem as saxophones contrast with other tones while a cyclical keyboard pattern (that evokes Gentle Giant with ease) leads the charge. The way the vivid instrumentation fluctuates as he speaks is utterly brilliant. “Destroy the World We Love” oozes bright psychedelic coatings as its central guitar riff provides the foundation for percussive majesty and various other shades of delight. It’s relatively serene and cheerful.


The album concludes with “I’m Hiding behind My Eyes,” a stunning finale that reaches Zappa-esque levels of intricacy as its regal brushstrokes unfold. There’s a wonderful balance of acoustic and electric instruments here, as acoustic guitars, horns, and pianos become entangled within the rock music footing. Of course, Torabi and Wood blend their voices together well with lovely melodies. There’s also a touch or two of Gryphon in the mix. Like every other track on here, every single moment of this masterwork is tremendously fearless, multifaceted, and luxurious.

As you can tell, I love this album, mainly due to how distinctive, courageous, complex, catchy, and colorful it is. Because it combines so many dissimilar influences with a tremendous amount of originality, The Unravelling doesn’t really sound like anything else being made today, and that alone makes it remarkable. It doesn’t hurt that the songwriting, arrangements, and performances are top notch too. Really, albums like this demonstrate how special music can still be. I’m often very critical of how mundane, repetitious, uninspired, and just plain useless most popular music is, and so bands like Knifeworld feel like a true breath of fresh air. The Unravelling quickly became one of my favorite albums of the year, and I have no doubt that you’ll feel the same way once you experience it.