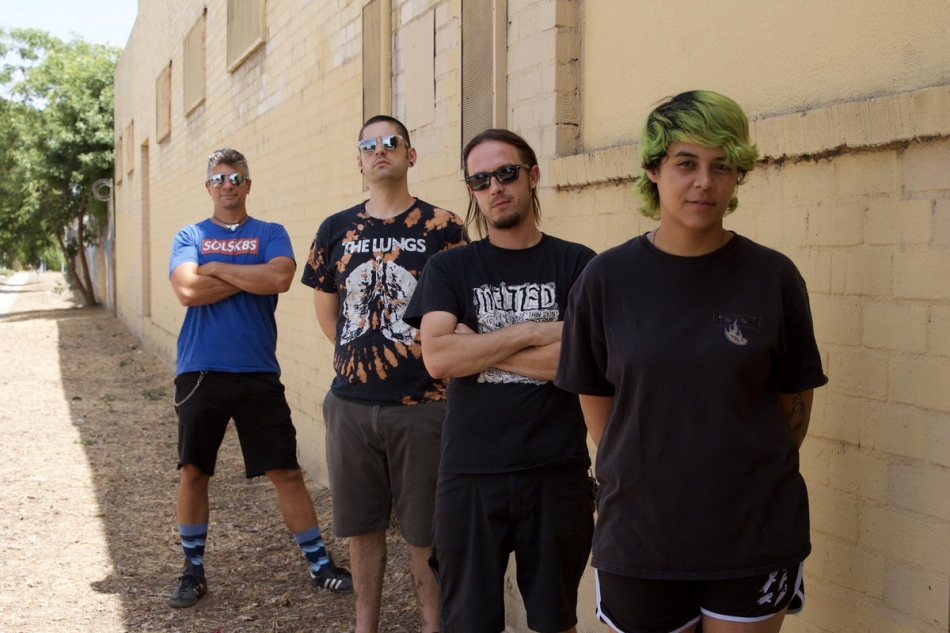 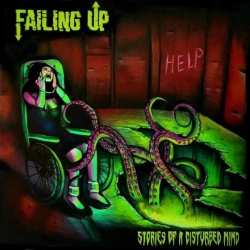 California four piece punk rock band Failing Up follow in the foot steps of their heroes Bad Religion, The Descendents, Good Riddance and more on this banger of an LP!

It’s always interesting to me when in 2022 we get to review an album that sounds like it came out in 1998 and was something that could rival Bad Religion or The Descendents. The band is aggressive like NOFX with a less nasally vocal more in line with Bad Religion or Good Riddance. Every track is that classic 90’s punk rock beat and tempo you’d hope for when a band boasts that they are inspired some of the biggest punk bands of the last 40 years. Each track has great vocal delivery and high energy drums and guitars. Being from New Jersey it’s always hard for me to tell whether a band is influenced by the California sound or the New York punk sound. This has that dark edge that some of the East Coast bands like Big Wig have had. It’s kind of hard to pick a favorite song on this. I do like the tracks like “Resistance” or “Parasite” that lean a little more hardcore than punk. Some of the tracks have elements of crust punk but it’s so tight and syncopated that it never has that sloppiness that some punk bands have. Like every note is intentional with a gun shot like accuracy with no looseness or that feeling like the song could derail at any moment. There are lots of great punk acts that have their charm because of that but these guys are tight seasoned musicians that can really play. I especially enjoyed the My Chem vibe of “Only Human”, it was a definite highlight. This album feels like an absolute workout to play as tempos and energy never wane. Even up to the final tracks like “Pray For All” they hit just as hard as track 1. I am absolutely floored to also find out this band is female fronted, it's just so angry and aggressive, it makes The Linda Lindas look like happy childrens music.

Heres what lead vocalist Tanya Delgado had to say about the new album, "We are super excited for the release of our new album, Stories Of A Disturbed Mind and our upcoming trek to the Paciﬁc NorthWest. Only a few weeks away until we can see our beautiful friends, get weird and melt faces.” The band is getting ready to embark on a west coast tour to promote the album which drops on June 17th from Sell The Heart Records and Sound Speed Records. This album is going to be a fun one to watch live as it’s chock full of fist pumping sing alongs. The speed and fury of this record is so great. It’s not reinventing the wheel but I think it’s important that every generation has their own punk bands to go and see live.