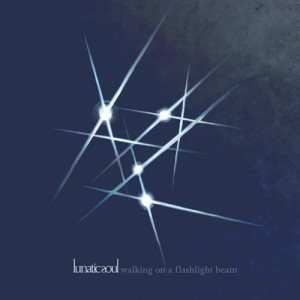 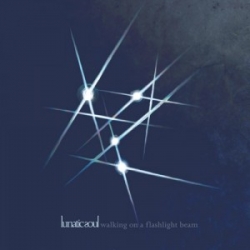 Every second of this masterpiece is graceful, vibrant, stunning, tragic, and wholly touching, displaying a level of songwriting, compositional wisdom, and attention to detail unmatched by any other artist in the field today

For the most part, modern progressive rock is a bit of a dual-edged sword. On the one hand, it’s still packed with vibrant textures, virtuosic performances, and endearing songwriting (three elements that make us love the style so much); however, a good majority of it is also blatantly repetitious and unoriginal, displaying complacency by merely repeating techniques that have been done to death already, whether by the same band or by the revered pioneers of the initial ‘70s movement.

Fortunately, though, there are still a handful (or two) artists who are truly pushing boundaries and trying something new with their art. Polish multi-instrumentalist/vocalist/songwriter Mariusz Duda is one such visionary, and his newest effort (under the guise of Lunatic Soul), Walking on a Flashlight Beam, is an exceptional example of why. Moody, moving, and meticulously arranged, it’s nothing less than a beautiful, brooding, bleak, and utterly brilliant work of art. It’s also one of the best discs I’ve heard all year.

Although Lunatic Soul is fairly well known at this point (having previously released three studio full-lengths), Mariusz is perhaps most revered as the bassist/vocalist for progressive rock/metal juggernaut Riverside, whose five studio albums are easily among the best entries in the genre today (especially its initial Reality Dream trilogy). While Riverside tends to stick to a more specified and restricted formula (which they do better than just about anyone else, don’t get me wrong), Lunatic Soul is much more organic, varied, and leisurely. Essentially, it’s Duda’s introspective, atmospheric, and stylistically multifaceted solo pseudonym, allowing him to incorporate worldly influences, such as Middle Eastern timbres and rhythms, that simply wouldn’t fit within the confines of Riverside. Although the first three Lunatic Soul LPs are each wonderful in their own ways, Walking on a Flashlight Beam is easily the best one thus far (which is interesting since this one is a prequel to the first record). In fact, not only does it prove that Lunatic Soul is an equal project to Riverside, but it demonstrates why the endeavor triumphs over the vast majority of artists making music today. Period.

As you might expect, the opening gem, “Shutting out the Sun,” starts slowly but confidently, with unwavering commitment to establish each instrument concretely before introducing the next one. Really, it takes over five minutes before the song actually gets started, but the buildup is fairly ingenious. It begins with waves and sparse industrial instrumentation, covering the listener in a morose soundscape that feels quintessentially Duda. Soon the percussion is joined by electric flavors, as well as a harpsichord, adding more exceptional colors to the aural palette. Each second feels baited yet incredibly intense, which demonstrates Duda’s mastery of evoking devastating sentiments without singing a word. Once he does sing, his fragile but deep tone makes for the perfect final layer in this hodgepodge of dreamy dissonance. This is a piece that sinks in slowly but ultimately grows to magnificence, devouring you with its powerfully poetic pines. It’s an absolutely amazing way to start off.

“Cold” is more straightforward and accessible, with a subtle layer of electronica mixing with the more expected essentials, helping to make Walking on a Flashlight Beam feel not only like the finest Lunatic Soul record yet, but also like the next step in its evolution. Melodically, it’s hypnotic as hell, with his falsetto delivery providing bittersweet harmonies for them every step of the way. There’s a great momentum here too, as new sounds are constantly introduced over the central foundation, keeping listeners glued to every second of it. In contrast, “Gutter” is more sinister and dynamic, with each additional instrument adding more uniqueness to the blend (especially the percussive shades). Vocally, it’s one of Duda’s most delicate yet crushingly stirring performances ever. The end of the song juxtaposes the regiment softness with bursts of chaotic flair, conjuring a bit of recent Steven Wilson (solo and with Porcupine Tree) and King Crimson. It’s masterful.

Later on, “The Fear Within” recalls the most spastic elements of earlier Lunatic Soul tracks, including lovely acoustic guitar arpeggios, while “Treehouse” offers a straightforward decree similar to the one featured in the chorus of “Asoulum” (from Lunatic Soul II). It doesn’t get too crazy with the production or arrangements, but it’s still quite effective and catchy. Then there’s “Pygmalion’s Ladder,” which, at over ten minutes in duration, is likely the most multifarious and epic song here. As is typical, Duda kicks off an infectious instrumental passage with a final vocal charge near the end, which works very well, and the way it develops bit by bit from a quiet lament to a gritty freak-out is remarkable. Its rhythms are particularly encompassing.

The record concludes with two of its best offerings: “Sky Drawn in Crayon” and the title track. The former is a bit similar to “Deprived (Irretrievably Lost Imagination)” from Riversides last opus, Shrine of New Generation Slaves, although this one is more ghostly and frail, with the voices of children invading the middle portions, which, with its arpeggios and starry bells, is probably one of the most hauntingly gorgeous musical sections I’ve ever heard. Afterward, “Walking on a Flashlight Beam” closes things in typical Duda fashion: an overpowering synthesis of rhythms, melodies, and other timbres (organized with the discretion of a jigsaw puzzle) that fuse to grab hold of listeners and not let go. There’s slightly sinister sensation here too, but it’s countered with elegant dressings from every corner of the environment. Really, it’s an awe-inspiring way to go out.

I could go on and on about how astounding Walking on a Flashlight Beam is, which may be clichéd to say, but it’s very true in this instance. Every second of this masterpiece is graceful, vibrant, stunning, tragic, and wholly touching, displaying a level of songwriting, compositional wisdom, and attention to detail unmatched by any other artist in the field today. Duda has always been among the strongest musicians, singers, and creative minds of his peers, and this disc only raises his status even more. This would be a tour-de-force for an entire band, so the fact that Duda recorded just about everything himself makes it that much more impressive.  Without a doubt, Walking on a Flashlight Beam, will blow you away, not only as its own self-contained statement, but also as an example of how idiosyncratic, multilayered, fearless, and poignant music can still be. It’s guaranteed to top many ‘Best of’ lists come the end of the year too.