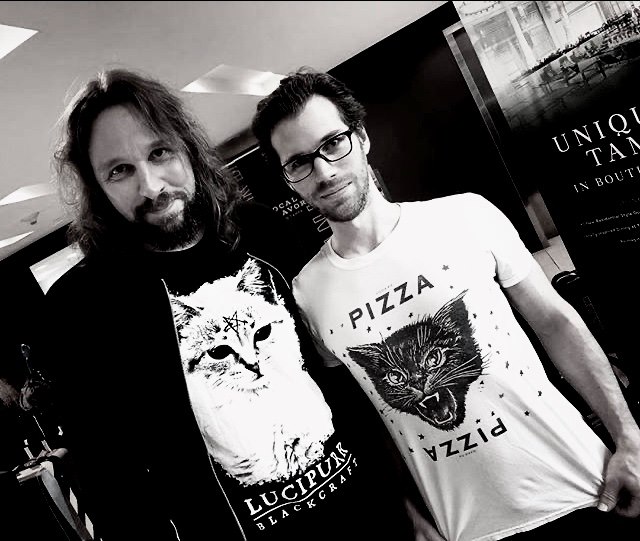 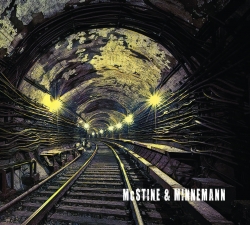 McStine & Minnemann finds the pair achieving a brilliant new chemistry amidst fulfilling the promise of their requisite individual specialties.

Seeing as how singer/songwriter/guitarist Randy McStine and songwriter/drummer Marco Minnemann have accomplished quite a lot within present-day progressive music—not only with their own projects, Lo-Fi Resistance and The Aristocrats, but as collaborators alongside people like Nick D’Virgilio, Steven Wilson, The Mute Gods, and Sound of Contact—it was only a matter of time before they decided to team up on an official studio record. Fortunately, their new self-titled debut LP is precisely what it should be: a sufficiently idiosyncratic journey that simultaneously balances and highlights the best of what McStine and Minnemann individually bring to the table. Thus, fans will undoubtedly adore it and clamor for a follow-up ASAP.

In our recent chat for Metal Injection, Minnemann revealed that they’d first met “about a year and a half ago, at a thing called ProgStock.” He continues: “It’s a progressive rock festival in New Jersey, and we were playing with Dave Kerzner’s In Continuum band. That was the first time we met and played together, and we locked in pretty well.” From there, they predictably discovered shared musical interests, leading to them appearing on each other’s recent solo work. Eventually, McStine asked Minnemann if he’d want to do a formal collaboration by “sending songs back and forth [remotely],” resulting in an album that was relatively easy to create since they spent far more time agreeing on and enhancing each other’s material than they did disputing their direction. With just the two of them handling the creative and performance duties (outside of pianist Harry Waters playing on a track), they split the songwriting and musicianship more evenly than you might assume, demonstrating surprising dexterity on multiple instruments. Without a doubt, McStine & Minnemann is an instant classic in both of their discographies.

Minnemann aptly describes opener and lead single “Program” as having “all the [right] ingredients: a catchy chorus . . . and it’s just, like, fast and furious.” Indeed, its carnivalistic fervor explodes right away, with McStine’s soaringly fragile yet resolute singing offering compelling rhymes on top of fiery percussion and trickier breakdowns—with colorful keyboard work—that conjures Moon Safari, Yes, and Wobbler. It’s a delightfully representative and engaging way to kick things off.

Luckily, the LP loses no momentum or purpose as it continues, with dynamic follow-up “Falling from Grace” gaining speed as its dense vocal harmonies clash with manic bass lines and punchy, almost punky guitar riffs. Later, “Catrina” houses quirkier nuances and confidently irregular changeups; it also possesses one of the most pleasantly cathartic choruses either of them have ever been a part of. There’s a touch of King Crimson-esque metallic antagonism to “Fly” as well that makes for a strong juxtaposition to the gentle regrets and acceptances of the Waters-led piano ballad “The Closer.” Then, the symphonically grungy “Voyager” concludes the sequence by having Minnemann sing lead (which makes sense since it’s a “really personal” track about “something [he] experienced with someone”). Not only does that inherently add more variety to the experience, but—despite his self-deprecating jokes about his ability—Minnemann does a great job with it.

While McStine & Minnemann finds the pair pushing themselves a bit out of their respective comfort zones and traditions, it’s mostly what you’d expect from such a partnership. That’s actually its greatest strength, however, since it means that they achieve a brilliant new chemistry amidst fulfilling the promises of their requisite specialties. It’s an essential listen for fans of either artist—as well as progressive rock aficionados in general—and while it’s far too soon to assume that a sophomore effort is in the works, I for one can only imagine how wonderful it would be.