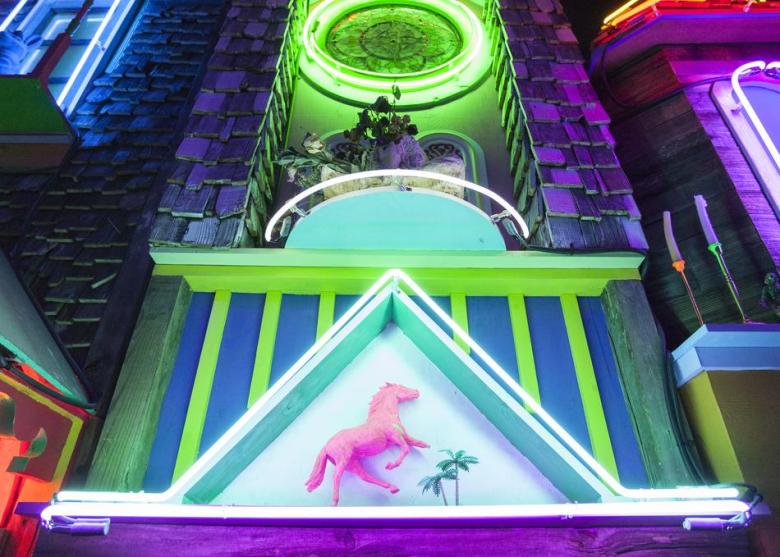 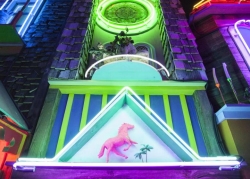 Order and chaos. Structure and eliminating boundaries. Directors Jilann Spitzmiller and Morgan Capps’ documentary Meow Wolf: Origin Story places these seemingly contradictory elements into a finely crafted balancing act to capture the wildly creative essence of Santa Fe’s art collective. Serving as an agitator for the city’s touristy and refined art galleries, Meow Wolf originated as a means to shake up the arts culture and provide an open space for young artists to build a community for those compelled to live outside of mainstream society’s confining rules. Using archival footage, interviews, animation and a powerhouse soundtrack, the documentary spotlights the obstacles and successes the collective members have faced both within their artistic family as well as individually.

Ignited by a punk ethos to cultivate an embracing and welcoming space for creatives living on the outskirts of Santa Fe’s art scene, Meow Wolf’s open acceptance of artists from many walks of life allowed for vibrant ideas to form and flourish through the physical spaces their projects inhabited. Throughout the documentary we get to know the various art mediums the group embarked on, often working excruciating hours with no pay and having to meet hasty deadlines after working their day or part time jobs. Emphasizing the normalcy of how much creatives are valued in our society yet how so many of them are seen as disposable and frequently underpaid (or not even paid at all) is routinely examined and questioned throughout the film with Meow Wolf’s members pushing to flip this expectation on its head by providing salaries and paid positions to budding artists.

Spitzmiller and Capps do a phenomenal job of capturing the collaborative intensity through Meow Wolf’s visceral and rapidly paced storytelling. Often explosive and frenzied, the documentary also remains thoughtful and deliberate, especially when retelling the passing of one of their core members, David Loughridge. Described as an empathetic peacemaker, the death of Loughridge brought many members of the initial group back together, a reunion that ultimately served as the catalyst for purchasing an abandoned bowling alley (with a little help from Game of Thrones’ George R. R. Martin) and turning it into The House of Eternal Return, a permanent art installation in Santa Fe. One can certainly view Meow Wolf itself as an amorphous and conscious entity, constantly shifting and morphing to fit the group’s experimental and innovative minds. While setbacks and clashes are inevitable throughout the decade of the collective’s birth, the film’s spirit speaks strongly to anyone clinging onto their unrelenting passion of staying true to their artistic vision and individuality while simultaneously trying to make it in a corporate world.