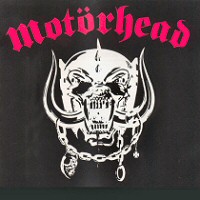 Motorhead tears it up in OC’s HOB Downtown Disney

Sorry to say I missed the awesomeness that is Zeke, as the new CD burns eternal in the depths of my psyche. However, in my Guinness inebriation, I did witness the might and glory or Raleigh North Carolina's Corrosion of Conformity. This time out, COC brutally weighs in as the champions of the new south. Hard guitars and southern rawk licks mixed with influences that rest six feet deep in hardcore and metal. Heavy as hell and as sweet as a double cherry Slurpee.

Finally, after at least nine pints of Guinness, the legend simply known as Motorhead hits the stage. Opening up the set with the 80s era hit "Dr. Rock", Lemmy, Phill and Mikkey kept the momentum and the mood at a fast and exciting pace. Though I haven't heard many cuts from the recent release "Inferno", I did find myself loving the newer (although a bit slower, Motorhead even did a an acoustic number mid-set) material and often being swept away by the hooky guitar riffs. Let us not forget the classics that were in rotation tonight, "Ace of Spades", "Iron Fist", "Killed by Death" and "Another Perfect Day". To top it all off, Lemmy dedicates "R.A.M.O.N.E.S." to our fallen brothers Joey, Dee Dee and Johnny (The Ramones) and keeps the place at a controlled frantic melee. All was a kick ass night of fun, friends and beers (except for the one meat-head brawl that was quickly taken outside). I even spied former Motorhead madman drummer Phil "Filthy Animal" Taylor making the rounds through the crowd, shaking hands and just being kool. Rawk n' Roll don't get any better than this kids.

Sold Out of Love