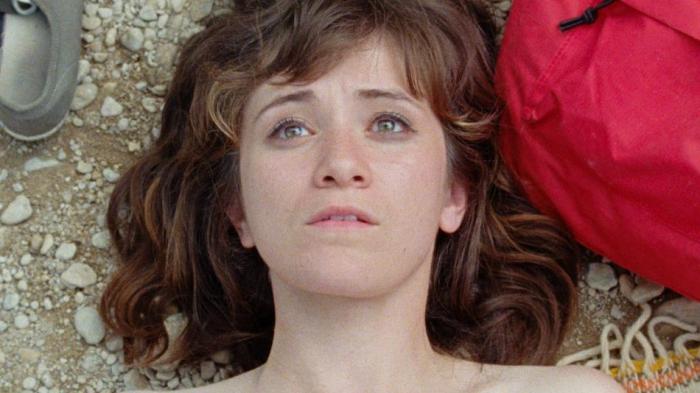 With as much insight and intimacy as an open diary, Mr. Roosevelt reads like the meandering thoughts of an early 30-something year old woman striving to balance her creative aspirations in surroundings that have no problem trying to suppress them. In Noël Wells’ directorial debut, she also stars as our protagonist Emily, a frantic, euphoric and often confused character trying to make sense of her past, present and future. After receiving a call from her ex-boyfriend, Eric (Nick Thune), passing on the mournful news that Mr. Roosevelt (her cat) has passed away, Emily jumps on a plane from Los Angeles to Austin to reunite herself with her ex (and his new girlfriend) for the first time in years. Less a film about the death of her pet and more a metaphor as a means to reconcile with her past relationships and home, Emily learns to face her feelings head on and find acceptance, both within her increasingly changing external environment as well as within herself.

Believing Los Angeles was the answer to her stunted career, Emily struggles to find sustainable work in the city as a prolific comedian. Feeling invisible at improv events and falling short at interviews, Emily comes across as self-critical yet always remains distinctly herself with her brash physical comedy and distaste for a corporate lifestyle. Upon arriving in rapidly gentrifying Austin she discovers that her favorite local café has shut down, quickly replaced by a sterile and monotonous coffee shop. Even the city’s tech-obsessed and money-oriented outlook has infiltrated Eric and his live-in girlfriend, Celeste (Britt Lower), whom Emily describes as a Pinterest board come to life. Relegating his music gear to the backyard shack, Eric is now working towards becoming a real-estate agent while Celeste is some kind of ambiguous entrepreneur. Their new circle of friends seems more interested in capturing moments on their Instagram feed and executing any excuse for brunch rather than creating personal and vulnerable moments. Emily’s off the cuff remarks and attitude clash obtrusively in these social circumstances and remark on the timeless paradox of art withering and being pushed to the outskirts in an increasingly money-hungry and gentrifying city.

Emily’s weekend stay with Eric and Celeste generates a vast contrast between life with his current partner and his prior lifestyle with Emily. The two ex’s take a trip down memory lane one night, making a cursory decision to join a random house party filled with free spirits and booze.  As much as Emily attempts to pull Eric back to what once was, Eric remains staunch in his idea of starting a family. Emily exposes her insecurities layer by layer, and with the help of an old friend Jen (Daniella Pineda), she comes to take responsibility for her past actions and how they have hurt those she cared about while also finding acceptance in other people’s life choices. Shot on 35mm film, Mr. Roosevelt breathes fresh air into characters that don’t fit a cookie-cutter and quirky stereotype; instead it reveals familiarities to any artist struggling to make sense of their interpersonal relationships and the constantly altering world around them.

NYDTyson – If You’re So Smart, Why Are You So Sad? EP