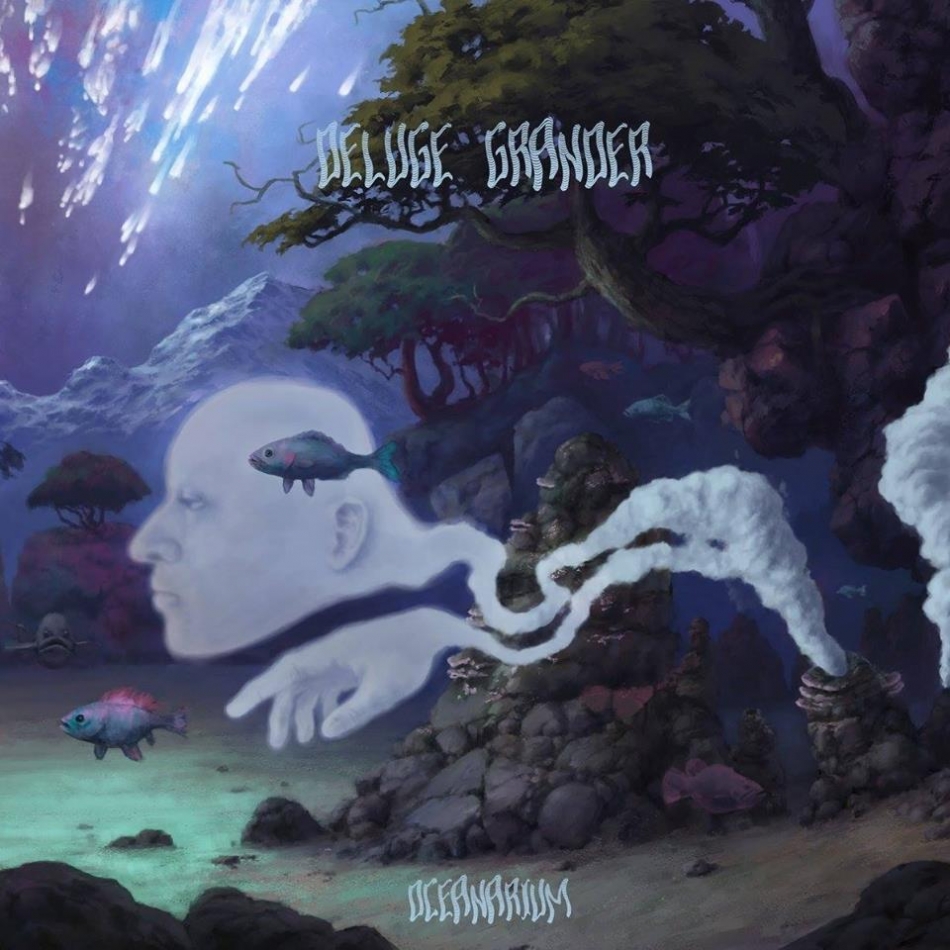 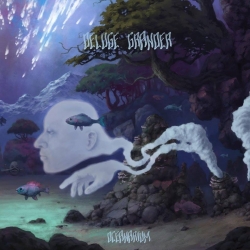 Oceanarium represents the pinnacle of creativity and craftsmanship while reflecting the deepest parts of being human. It’s a challenging aural journey for sure, but one that’s well worth taking moment by moment.

The brainchild of keyboardist Dan Britton, instrumental outfit Deluge Grander fuses influences like Genesis, Magma, Kayo Dot, Camel, and King Crimson into “symphonic progressive rock [suites], with 1970s production style, diverse instrumentation, dense arrangements, and some exotic, hard-rock, jazz, and classical styles mixed together.” Utilizing a wide array of timbres and tempos, the band’s work is always highly imaginative, complex, and lively, and their fourth studio outing, Oceanarium, is no exception. While it can be a bit overwhelming to digest all at once (this is roughly 80 minutes of voiceless eccentricity, after all), there’s no denying how gorgeously creative it all is.

Joining Britton this time around are roughly a dozen other musicians—including prior collaborators Patrick Gaffney and Christopher West—who, combined, contribute bass, flute, hammered dulcimer, saxophone, oboe, cello, violin, trombone, clarinet, various guitars, and other “compositional contributions.” Interestingly, Oceanarium is the second album in “a planned three-level, seven-album series,” as it contains ideas from both 2014’s Heliotians and the upcoming Lunarians. As for its concept, Britton says that the LP “follow[s] a loose storyline about a rat-man who falls off a building into an area of competing tribes, which he leaves, only to get lost, perhaps permanently.” It’s a peculiar yet endearing narrative for sure, and the ensuing music certainly does it justice.

In a way, Oceanarium closely mirrors both the techniques and textures of early Mike Oldfield albums (such as Ommadawn, Hergest Ridge, and of course, Tubular Bells) in that each selection essentially introduces central motifs, adds complementary layers, and then cleverly transitions into different personas. Opener “A Numbered Rat, a High Ledge, and a Maze of Horizons” demonstrates this well, as its initial jazz fusion freakout—complete with gothic keyboard solos, mellow guitarwork, and funky rhythms—eventually transforms into a serene bit of atmosphere before becoming a more playful affair, with crashing percussion, quick riffs, and warm horns decorating the scene. Like the entire record, it’s simultaneously unpredictable yet completely cohesive.

Later, “Drifting Inner Skyline Space”—which Britton describes as “Can (the Inner Space) meets Marillion (the Skyline Drifters), though perhaps only titularly”—offers a dreamier, more transcendental sound, with faint acoustic arpeggios and calm bass lines blending into surreal atmospheres; afterward, “The Blunt Sun and the Hardened Moon” is relatively dynamic, with nearly silent lulls effectively contrasting the feistier bits of horns, syncopation, and guitars. The shortest song here, “Finding a Valley in a Gray Area on a Map,” is full-bodied from start to finish, with its subtle use of strings and otherworldly pierces standing out most by enhancing its slightly Asian essence.

The second half of Oceanarium fares just as well. Be it the tense mixture of Steely Dan-esque hip jazz/rock and Renaissance/Curved Air orchestration (bursting with tribal percussion and grandiose pianowork) on “Finding a Shipwreck in a Valley in an Ocean” or the impeccably intricate and engaging starriness that permeates “Marooned and Torn Asunder” (which recalls Frank Zappa’s ingenious arrangements while overtly references the aforementioned other two LPs in the trilogy), there’s plenty of jaw-dropping excellence here as well. In fact, closer “Water to Glass / The Ultimate Solution” may be the best track of the bunch because of its ceaselessly extravagant yet refined vibrant tranquility (“Inspired by the PFM album Per un Amico”). It’s a beautiful way to end.

Again, Oceanarium is arguably too much to take in one sitting, but that’s really only a testament to how much it overflows with ambition, inventiveness, and technical dexterity. In other words, each piece requires dedicated study to fully appreciate, as there’s just so much going on at one time (be it the multifaceted scores themselves or the segues between them). Like all great works of art—be they films, paintings, and even video games—Oceanarium represents the pinnacle of creativity and craftsmanship while reflecting the deepest parts of being human. It’s a challenging aural journey for sure, but one that’s well worth taking moment by moment.