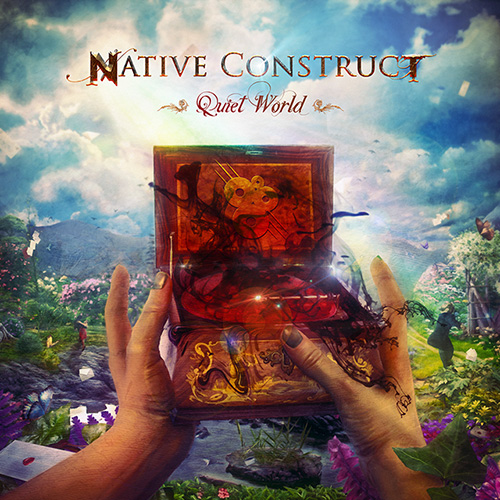 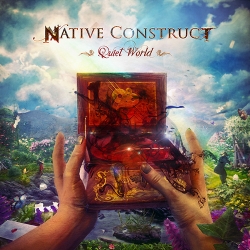 ‘Quiet World’ is a masterpiece, as well as the breath of fresh air progressive metal has needed for several years.

Looking through the countless classifications of modern music, it’s easy to find an endless stream of subgenres within subgenres within subgenres. For example, progressive metal (itself a division of metal) has dozens of its own offshoots, with two of its most popular, avant-garde and technical, typically blending into works of abrasive and eccentric genius. Artists like Between the Buried and Me, Unexpect, Devin Townsend, and Mr. Bungle combine frantic rhythmic changes, colorful timbres, unconventional vocals, surprising sound effects, and highly elaborate arrangements that may be too hyper and heavy for some listeners, yet they nonetheless demonstrate unrivaled creativity, ambition, and musicianship.

Unsurprisingly, more and more of these bands seem to emerge every year; however, very few are as unique, diverse, striving, and downright hypnotic as Massachusetts trio Native Construct. A collaboration that began at Boston’s revered Berklee College of Music, the group sets out to “breathe new life into the modern metal genre.” Whereas almost every new act in the field merely claims the same purpose, Native Construct actually accomplishes it on their debut effort, Quiet World. By infusing their occasionally brutal foundations with a plethora of other influences (such as symphonic prog, musical theatre, and jazz), Native Construct has crafted a relentlessly varied, luscious, vibrant, and intricate gem that rivals anything being produced by their peers. Not only is it one of the most impressive initial efforts the style has seen in several years, but it’s easily among the best progressive albums of 2015 thus far.

As is typical in the world of prog, Quiet World is a concept album. According to the band:

[It] is about a guy who loves a girl. The guy is a bit of an odd and eccentric person - an outcast. He's also a mute, and a little unstable . . . the girl doesn't return his feelings, but he can't bring himself to let go. As his unrequited passion for her devolves into obsession and eventual resentment, his mind begins to slip further and further away. He convinces himself that he can't be loved because of his condition and abnormalities. So he decides to create for himself a new, fantastic world of which he has complete control . . . a world where everyone is surrounded by people who are just like themselves: a much quieter world.

The opening track, “Mute,” sets up both the musical and narrative prowess of Native Construct well. Vocalist Robert Edens issues the character’s opening remarks—“ I left it all to escape that misguided place / I left it all to erase that familiar face / Now surely I have nearly reached an end / Soon I'll be all alone in my own quiet world”—as percussion, bass, guitars, and strings clash around him in gorgeous panic. From there, the compositions becomes more theatrical and subdued, with piano guiding harmonies and sublime vocal counterpoints. Afterward, chants offer a grounding on which more strings, syncopation, guitar riffs, synthesizers, and even sparse bells meld in beautiful terror. It’s a wildly inventive, fascinating, and challenging way to start, allowing Native Construct to set itself apart from the pack instantly.

Afterward, “The Spark of the Archon” proves to be a bit more straightforward and accessible. Its middle section also provides a serene interlude between hectic bookends. Later on, “Passage” balances delicacy and rage perfectly, often overlaying harsh outbursts on tranquil templates. The result is simultaneously calming and alarming, with a relentless stream of imaginative fluctuations and appealing tones (especially the saxophone near the end) keeping listeners glued to every moment. Naturally, Edens continues to excite too, alternating between soaring hopes and restrained sorrows. His regally histrionic performances shine throughout the entire album, actually.

“Chromatic Lights” provides an affective and atmospheric penultimate break. Made up of interlocking guitar and bass parts, it feels like a lost section from an early King Crimson LP. Near the end, flutes and soft percussion segue into the finale, “Chromatic Aberration.” At over twelve minutes in length, it’s the most epic track here, filled with nonstop temperamental and instrumental changes, culminating in a grandiose explosion of tricky musicianship, dynamic movements, heartfelt melodies, and captivating layers. Like with all of Quiet World, a new idea or sound emerges every minute or so, and none ever disappoint, making the piece not only one of the strongest on the album, but an excellent way to finish the journey.

Quiet World is a masterpiece, plain and simple. It would be an astounding accomplishment for any band at any time, so the fact that it’s the first effort by a brand new outfit makes it even more remarkable. As impressive as most progressive metal is from a technical standpoint, the genre has almost become self-parody by now, with many of its contributors (both veterans and novices) playing it too safe and relying on the same troupes. Although Native Construct certainly borrows a bit from others (especially BTBAM), they still outdo 90% of their siblings by a mile because of how aspiring, imaginative, and unanticipated their art is. Really, each track warrants its own write-up, so this review barely scratches the surface of what makes the work so special. Suffice it to say that Quiet World is the breath of fresh air progressive metal has needed for several years, and Native Construct deserves as much attention and acclaim as any other modern metal band. Do yourself a favor and discover them ASAP.