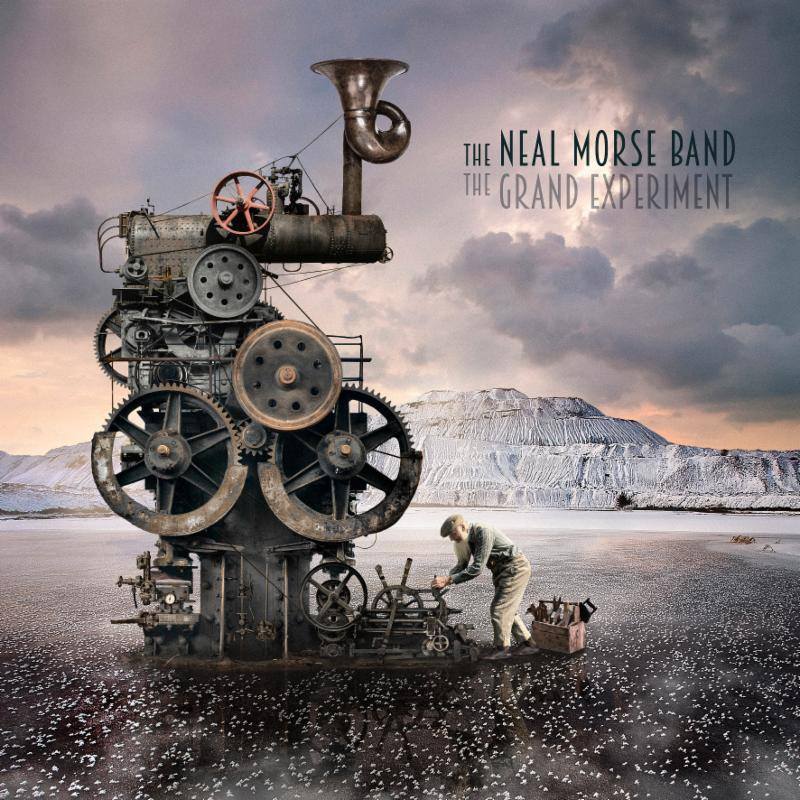 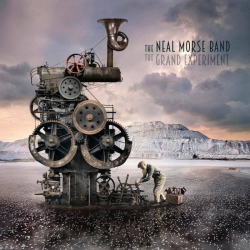 ‘The Grand Experiment’ is another astonishing album by one of the genre’s leading artists. While its lack of newness, as well as some generally weaker moments, keep it from outdoing his strongest work, it’s irrefutably impressive nonetheless.

For the past twenty years, California native Neal Morse has more or less dominated the American progressive rock scene. As a principal player in Spock’s Beard (until 2001), Transatlantic, and more recently, Flying Colors, he’s written some of the best music the genre has ever had. Likewise, his solo career has resulted in several masterpieces, including Sola Scriptura, ?, and the two Testimony albums. Naturally, he’s also extremely prolific, which is why it’s not too surprising that his newest work, The Grand Experiment, comes mere months after his last singer/songwriter album, Songs from November, and only a couple years after Momentum. Another tour-de-force of catchy melodies and captivatingly complex instrumentation, The Grand Experiment doesn’t quite match some of his prior solo achievements; however, it’s still an incredible musical journey.

Whereas the majority of previous Neal More [Band] albums were written by Morse, The Grand Experiment, as its title suggests, marks a deliberate change in approach. Rather than write and arrange the music ahead of recording, Morse and company (Randy George, Mike Portnoy, Eric Gillette, and Bill Hubauer) arrived at the studio without any preparation. Because of this, they were able to truly collaborate as a collective unit, pushing themselves to start from scratch and record the best album possible over a short period of time. The result is a collection that, while feeling a bit different from past records, sounds very familiar for the most part (which is both good and bad).

“The Call” opens the album with arguably the richest harmonies on any Morse album; in fact, it evokes “Carry On” by Crosby, Stills, Nash & Young. From there, the rhythmic powerhouse of George and Portnoy burst in with trademark eloquence. Behind them, frantic guitar and keyboard riffs fly, hinting at the chorus to come. Vocally, Morse sounds as passionate and distinctive as ever, belting out his verses with charming enthusiasm. As usual, there’s a poppy catchiness to it too, which helps juxtapose the technical madness that steers the second half of the track. Each member gets to steal the spotlight for a few measures, demonstrating why they’re among the best musicians in the field, before joining together for explosions of virtuosic majesty. To be fair, none of it is especially surprising, but it’s still awesome, and the way the song itself comes back at the end (with even more energy) is fantastic.

The title track gears more towards hard rock at first, with Gillette’s scratchy guitar tone complementing Morse’s rougher performance during the verses. On the other hand, the chorus is warm and hopeful, while the bridge packs in more luscious harmonies. Expectedly, Morse’s trademark vocal row technique is used too, albeit with an electronic coating this time. It’s a relatively straightforward inclusion, but it’s still thrilling.

In contrast, “Waterfall” is an acoustic ballad in the vein of “Jayda” (from Testimony 2) or “The Distance to the Sun” (from Day for Night). It’s another piece highlighted by gorgeous harmonies and melodies, as well as striking arpeggios and subtle orchestration. Overall, it’s an exquisite example of how the heart of Morse’s music is still the songwriting (rather than the theatrics and flair). Afterward, the majority of “Agenda” consists of slightly generic retro heaviness; it’s not bad, but it’s nothing exceptional either. Fortunately, though, the chorus is wonderfully colorful and dreamy, with falsetto harmonies that recall the outstanding pop music of the ’60s.

As usual, Morse ends the album with an epic: “Alive Again” (a title that can’t help but remind one of “Made Alive Again” from Snow). It follows his standard suite blueprint (introduce the main themes, explore wildly inventive tangents, and then reprise the initial elements at the end to bring it full circle). After a few minutes of musical frenzy, the actual song begins, and it’s appropriately emotional and engaging. Morse has always had a talent for crafting gripping, life-affirming melodies, so while this part isn’t unanticipated (aside from Gillette’s vocals, which fit well and make the piece a bit fresher), it’s still very uplifting and powerful. The subsequent section of instrumental insanity is stunning (especially the combination of strings, horns, and harpsichord), and it blends into the next vocal portion seamlessly. Its hypnotic yet haunting melody is full of regret and nostalgia, with poignant poeticism throughout, and Hubauer does a great job vocally. From there, the arrangement transitions back to where it starts, and there’s no denying how strong its sense of closure is.

The bonus disc includes some gems too, such as highly faithful renditions of “The Creation” and “Reunion” (recorded live at Morsefest).  There’s also the wonderfully tribal “New Jerusalem (Freedom is Coming),” which may be too preachy for some despite its undeniably magnificent and spirited vibrancy (no pun intended). Elsewhere, “Doomsday Destiny” is led by George’s funky bass lines, some blisteringly fast guitarwork, and more opulent harmonies, while the band’s cover of “MacArthur Park,” like many of Morse’s reinterpretations of classic tracks, is a loving balance of innovation and emulation. It transforms all of the urgency and treasured flourishes of the original (written by Jim Webb and sung by Richard Harris) into a progressive rock titan as only Morse and company could compose. Their ability to renovate relatively simple constructions into madly eccentric, imaginative, and intricate new versions is always amazing, and this may be one of Morse’s best yet.

All in all, The Grand Experiment is another astonishing album by one of the genre’s leading artists. While its lack of newness, as well as some generally weaker moments, keep it from outdoing his strongest work, it’s irrefutably impressive nonetheless. Really, this disadvantage is only a testament to how remarkable his best collections are, as The Grand Experiment is still far better than the work of almost all of his peers (not to mention most modern music in general). It’s arguably the finest album of the year (so far), and it’s sure to maintain that rank on many ‘best of’ lists come December.