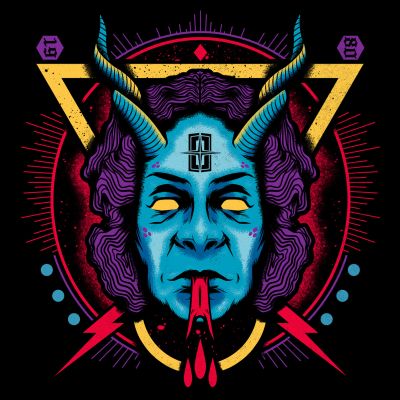 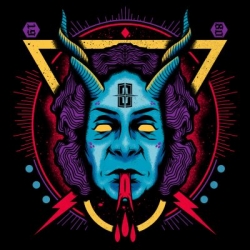 No, Priscilla Ford isn’t some hotly-tipped female singer-songwriter, and it’s not a buzzed-about band who’s really into cars.  Priscilla Ford is a Reno, Nevada-based, hard-driving rock n’ roll band comprised of 4 punk-rock stalwarts that were former members of bands like Screeching Weasel, Big In Japan, and The Zoinks: Todd Imus (vocals), Zac Damon (guitar), Billy Romeo (bass), and Tayler Wooten (drums).  The bandmates are releasing their debut, “The Blackout Club” on Basement Records on January 27th.

Priscilla Ford is named after the mass murderer who ran down over a score of people with her Lincoln Continental in Reno in 1980.  Like its namesake, the band barrels through the album’s 10 revved up tunes with aggressive energy, all pistons firing, keeping it raw and rough, but catchy enough to hold the attention of anyone looking for a fitting soundtrack for letting off some steam.

“The Blackout Club” is cranked to the max from the get-go, with opener “Comedown” rocking hard ‘n’ dirty with chugging, grimy guitar jags, rapid drumbeat, constantly sharp-hit cymbals, and a deep bass line holding down the bottom end.  Todd shouts out his vocals, pushing out his words in a turpentine-soaked, throaty howl.  The Motörhead-like speed demon “Don’t Come Around” wins the race with Todd’s defiantly growled-out vocals, slammin’ drums, and thrashing guitars.  The turn-on-a-dime rhythms and gang vocal chants on “Shoot The Rent” make for a cathartic listen.

The Ramones-like, melodic garage-rock of “Boring In Black” shakes up the harder rock sound and makes for an interesting change.  A menacing bass line stalks in the background and darker guitars circle like vultures going in for the kill(ed).  The song is filled with kinetic drumsticks clattering over skins and cymbals alike as Todd actually sings some lines instead of exclaiming, sounding like a mid-range Axl Rose in tone (Unless it’s a different singer?!).

While certain tunes tend to blend together due to similar speedy tempos and instrumentation, the tuneful “Simple Demons” stands out because of its short, choppy guitar refrain, bass line anchor, dynamic drums, Todd’s gritty yelling and yowls, and lyrics that are somewhat discernible (“Can’t get back what you’ve given.”).  “Complaint” finishes off the album in style with a romping punk-pop tempo, nimble bass line, smoother, looser guitar riffs, and Todd continuing to belt it out to almost-hoarseness.  And the song’s surprise ending is just too funny with those bleating goats!!