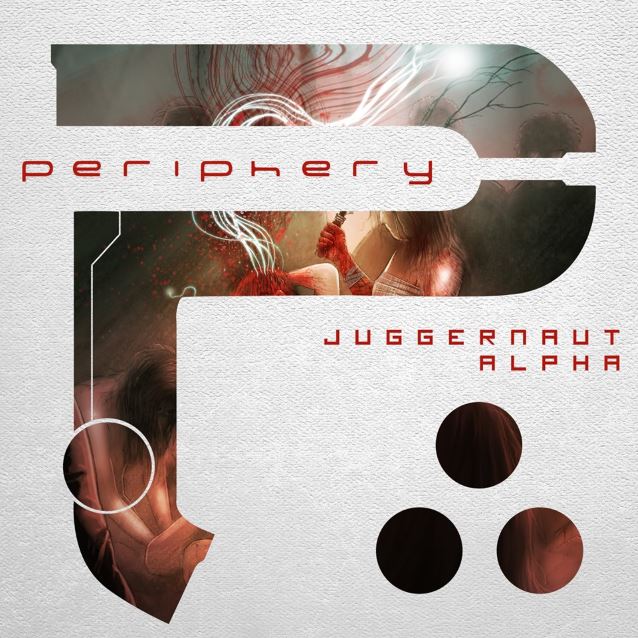 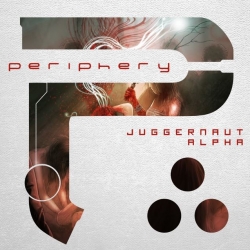 ‘Juggernaut’ manages to rise above being just another run-of-the-mill progressive metal record because of its ambition, catchiness, and scattered moments of innovation and stylistic deviation. If you’re a fan of the field, you’ll likely find Juggernaut to be a masterpiece.

Formed ten years ago in Maryland by guitarist Misha “Bulb” Mansoor, progressive metal sextet Periphery now reigns as one of the most popular groups in its class, having released several well-received collections over the last decade. On its newest work, Juggernaut (which is broken into two discs, Alpha and Omega), Periphery raises the bar even higher, crafting roughly eighty minutes of dynamic, ambitious, and inventive music that oozes conceptual continuity and sonic distinction. While its most brutal moments can be both repetitive and overbearing at times, the records nonetheless cumulate in an epic, aspiring gem.

The idea behind Juggernaut goes back several years, with the original intention being a lengthy suite; in fact, Mansoor composes several demos (including two that would become “Icarus Lives” and “Jetpacks was Yes,” both of which were included on 2011’s Icarus EP) before ultimately deciding to expand the project into a double album. Narratively, the LP “tells of the birth and re-birth of a main character as he volleys between right and wrong, good and evil.” According to drummer Matt Halpern, “Juggernaut: Alpha . . . focuses on the back story and character development, while Juggernaut: Omega focuses on some pretty serious and gut-wrenching events, taking you for a thrill ride along the main character's complex journey.” More than just a series of songs, Juggernaut is an exhausting journey packed with soaring peaks, crushing dives, and thoroughly thrilling momentum.

Juggernaut: Alpha starts with “A Black Minute,” an atmospheric and gloomy introduction that evokes elements of Between the Buried and Me’s 2012 masterpiece, The Parallax II: Future Sequence. Vocalist Spencer Sotelo alternates between emotive pleas and cries of outrage, baring a striking similarity to Chester Bennington (Linkin Park) throughout. Behind him, spacey desperation permeates, as subtle harmonies and delicate bells complement a thunderous arrangement. By the end, the fearsome chants and melancholic guitar lines effectively welcome listeners to the devastating expedition.

Afterward, tracks like “MK Ultra” and “Heavy Heart” are more manic and unpredictable, with a consistent influx of subtle effects and changes in intensity helping to make the overall harshness more palpable. The former song boarders on extreme metal chaos akin to Unexpect, while the chorus of the latter is one of the album’s most memorable bits (especially since it’s reprised on Omega). Later on, “Alpha” begins with an electronic prelude; it honestly sounds a bit like the music from 8-bit video games. Its verses and guitar riffs build great anticipation for the chorus, which is easily the most hypnotic and catchy moment on the entire collection. It’s a supremely confident and cleverly composed piece.

“Rainbow Gravity” is a beast of frantic rhythmic changes, layered vocals, and tasteful guitar solos, while the central riff in “Four Lights” feels like a more aggressive take on something Coheed and Cambria would come up with. This element is particularly remarkable when it’s contrasted with a dreamy sequence roughly halfway through. It’s a stunning juxtaposition. Finally, Juggernaut: Alpha ends with “Psychosphere,” another marathon of dynamic shifts and forceful progression.

“Reprise” opens Juggernaut: Omega. As its name suggests, it’s essentially a reimagined take on the core of “A Black Minute.” Its delicate sparseness makes it even more moody and striking than its predecessor, and it’s a brilliant way to connect the two parts of the project. It’s followed by “The Bad Thing,” another fierce and dominating selection, before “Priestess” brings in some diversity with acoustic guitars and a relatively thoughtful and fascinating arrangement. It’s easily one of the most distinctive and rewarding chapters here.

Without a doubt, “Hell Below” lives up to its moniker. It bursts in with fiery madness and never lets up, showcasing some of the thickest riffs, syncopation, and screams Periphery has ever combined. It also provides an exceptional dissimilarity to “Omega” (which, at nearly twelve minutes in duration, is the lengthiest episode on Juggernaut). It begins with luscious and quick piano playing before blending into more trademark frenzy. Around the eight minute mark, the anarchy dissolves into tranquility, with piano, clean vocals, and emotive guitarwork radiating emotional purity. The best part is when the chorus of “Alpha” appears at the end; it’s another subtle yet ingenious way to tie everything together.

The voyage concludes with “Stranger Things,” which, with its glittery effects, invigorating shifts, and overall sense of finality, grants Juggernaut: Omega a fine sense of closure. Truthfully, it doesn’t sound much different from what preceded it, but it’s still a strong way to end (especially since its final moments bleed into the opening of “A Black Minute,” insinuating that the entire story, like that of Pink Floyd’s The Wall, will just repeat itself endlessly).

If push comes to shove, Alpha is probably the superior half of the effort, but Juggernaut definitely works best as a cohesive whole. Its only major downside is the fact that so much of it sounds the same, but that’s a common issue with the genre in general, so Periphery can’t really be faulted. Furthermore, one could argue that it’s precisely this sense of sameness that helps give the LP its unity and conceptual weight. In the end, Juggernaut manages to rise above being just another run-of-the-mill progressive metal record because of its ambition, catchiness, and scattered moments of innovation and stylistic deviation. If you’re a fan of the field, you’ll likely find Juggernaut to be a masterpiece.