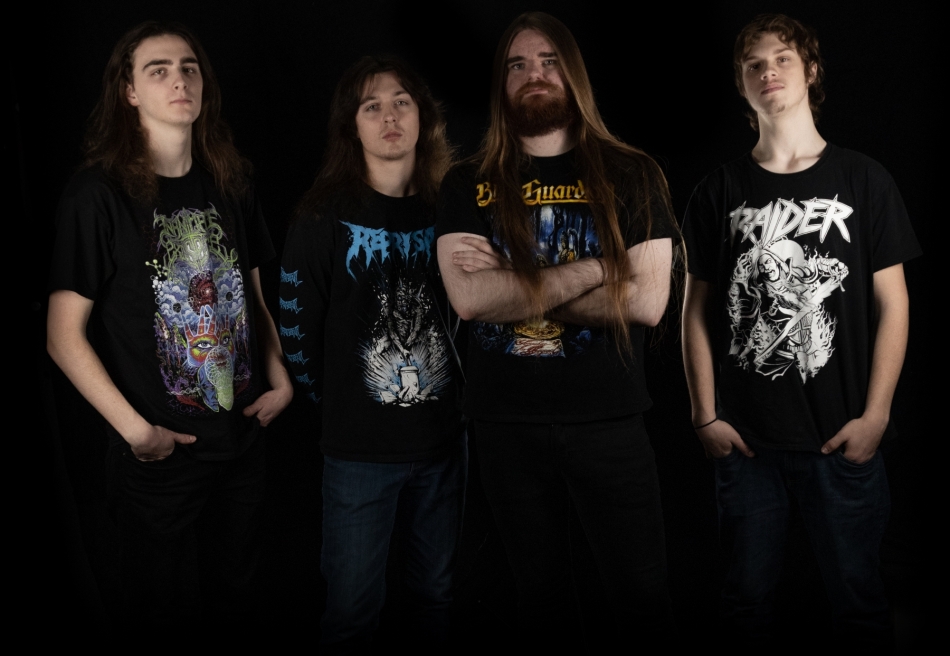 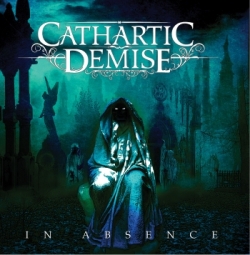 How to control chaos.

Progressive death and thrash band Cathartic Demise burn like a welding torch on the calculating new album, In Absence. But the band’s sound is not especially violent. Cathartic Demise are builders, not warriors.

The album sounds more like death metal than thrash—and more like death metal than prog, even though many songs top seven minutes. Like “Pale Imitations,” which goes almost eight. It opens with a poured-syrup guitar riff. That riff gets double-guitared for the harmony. The band uses dual-guitar harmonies throughout to find center, and these moments root the album in a metal tradition. At one minute into “Pale Imitations,” the drums and bass guitar join in, sound-tracking a death march. Then a counterpoint guitar line threatens the pace, so the tempo picks up until the band is at full blast. Rich, atmospheric, melodic sections with layers of guitars pile into the song’s latter moments. The last two minutes sound almost buoyant, and the song finally passes in the blurred reflection of melody.

Cathartic Demise put out its first release in April 2019, a self-titled EP. In April 2021, this Ontario band released In Absence independently. I listen to it now and hear all these wonderful metal influences. The musicianship is superior and the production is very good—a compliment to proficiency. And how could you not accept a sound so proficient?