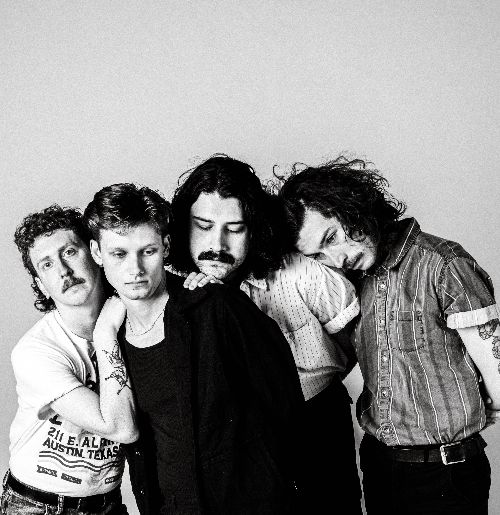 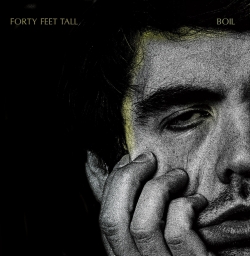 Drenched in reverb, driving riffs like The Strokes mixed with fun vocals in the vein of Jay Reatard and Pavement, these guys got the assignment right.

Starting out further down the Pacific Coast in SoCal, Forty Feet Tall began with a childhood friendship between Los Angeles natives Cole Gann (lead singer/guitar) and Jack Sehres (guitar). During their high school years, the duo’s band forged grunge, post-punk and alternative rock into its own sound. The band quickly rose throughout their high school years and post high school years to playing some of the better rooms in Los Angeles, and as they say the rest is history. The newest single "On & On & On" has a frantic nature about it kind of like Jay Reatard or a hyper version of Pavement. Drenched in reverb with a lo-fi sheek to it this track right away has a playfulness almost like the male version of a band like Wet Leg. The distorted vocals backed by lead guitar notes has a very interesting original sound to it that helps this band stand apart from other indie stuff. The videos only help to showcase the bands sense of humor and cement them as something that should be paid attention to.

The band has said this new record leaves off where their last record left off and takes all of the angst of being cooped up throughout the world wide pandemic and laser focused it into an hyper exciting indie rock record. The band cites all of the right influences from The Pixies to Archers Of Loaf and that comes through in the music. I think it's important for bands to have good taste in music in order to write things that people are going to enjoy. These guys get it, they understood the assignment, of the handful of songs I've heard I would have said any one of them could be a single. The dreaminess of "On & On & On" though puts it over the top and helps to only further make a great impression on the listener.

The band had this to say about their newest single,  "When we went into the studio with this one, we wanted it to feel a little rough around the edges... a little chaotic". They continue, "The song has an upbeat and playful vibe, but it has an underlying manic energy to it as well that we wanted to highlight. The video feels like a reflection of this as well. It’s goofy and fun but definitely has a chaotic side to it.” When asked about the lyrics lead vocalist Cole Gann had this to say, "The lyrics place the listener in a surrealist and bizarre world," and he continued,

"The verses are sharp and angular, the choruses hook you with their pop sensibilities, and the song leaves you with an un-ignorable feeling of manic glee."

The new album "BOIL" drops on September 23rd and we are looking forward to it: