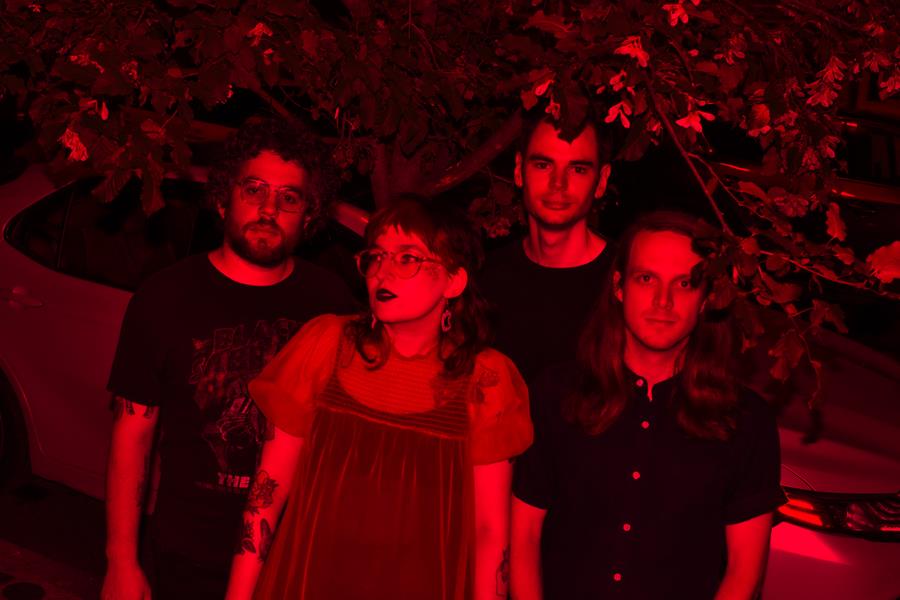 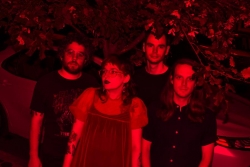 Puppy Angst might be one of my new favorite bands judging from the two amazing singles they have released on their bandcamp page. First "Yellow Paint" and today we focus on their newest "In Sensitivity", and we have to say we cannot wait for their full LP to drop in October. The band considers themselves a  "moody" quartet from Philadelphia but stylistically I would say this has a little bit of a pop punk edge mixed with jangly Indie Rock and a little Indie Pop thrown in. The band started by Alyssa Milman like a lot of her contemporaries has diary like lyrics that tell a complete story of introspection and coming of age in 2022. The band has a feel like the best of 90's female fronted rock bands like Throwing Muses, Belly, Elastica, etc, but mixed with modern sensibilities of bands like Wet Leg, Hannah's Little Sister and Beach Bunny to name a few. What really helps this track is sleek production and an incredible rhythym section that locks in the pocket to perfection. This has such a great pop quality to it, that fans of everything from Charly Bliss to fans of noisier 90's stuff like Sleater Kinney will find common ground and something to enjoy about this.

Here's what lead vocalist and guitarist  Alyssa Milman had to say about the track,  "In Sensitivity" is a super upbeat song about working towards happiness despite struggling with mental health. The song is filled with dreamy, nostalgic guitar tones that get swallowed up by fuzz, wacky vocal processing, a melodic bassline, simultaneous guitar and synth solos… the hook and instrumentation are really fun, despite the lyrics maybe not being the happiest. In sensitivity, there is strength!"

This is one of those bands that is at the beginning of their journey, but I expect to hear big things about them in the future. Now that is not to say they are amateurs because all the members seem to have lots of experience touring and some bigger publications like Brooklyn Vegan and Stereogum have already began to take notice. Catch them now while they are still playing small clubs! October 22nd the band will be at Kung Fu Necktie in Philadelphia.