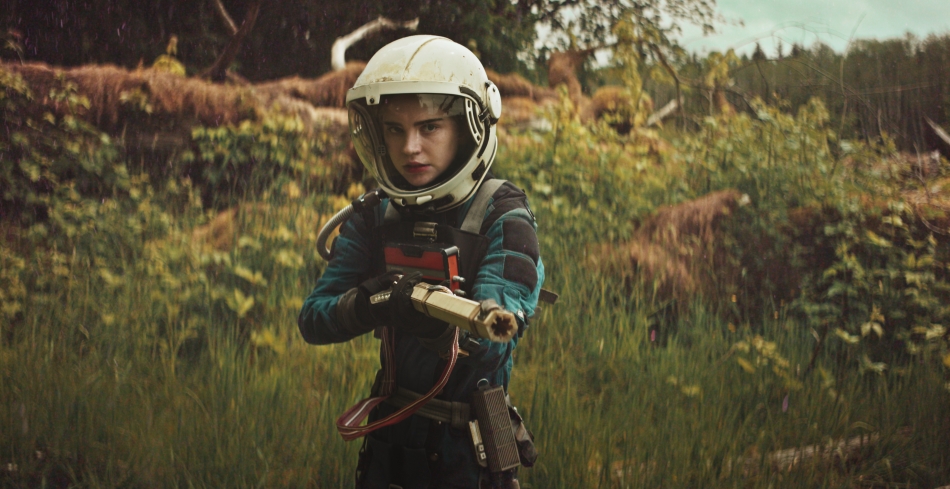 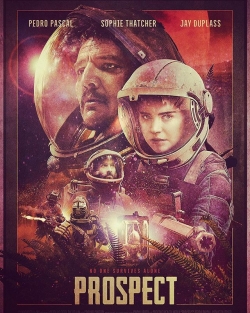 In the realm of science fiction films, conjuring images of life on otherworldly planets runs rampant with extravagant budgets, special effects and production techniques. Yet in Zeek Earl and Christopher Caldwell’s sci-fi drama, Prospect, the directors diverge from the sleek visuals and instead hone in on a more subdued trajectory. Screening during SXSW’s 2018 film festival and released earlier this week on Netflix, the film introduces us to father and daughter Damon (Jay Duplass) and Cee (Sophie Thatcher), both stranded on an unknown moon after their spacecraft malfunctions. Harboring conflicting intentions, Damon is determined to invest in Aurelacs, expensive gems that necessitate a delicate process of harvesting, in an area marked The Queen’s Lair, while Cee’s prime objective is mere survival. Encountering a multitude of suspicious and ruthless characters during their journey, the question of who to trust within their stark isolation becomes an increasingly life or death matter that our protagonist must contend with.

Initially produced as a short film in 2014, the duo expanded their feature into a fully fledged project complete with a team of set and costume designers to morph their planetary world into an entirely believable universe. Similar in scope to other shoestring budget experimental films like Moon and Primer, Earl and Caldwell make utmost use of delving into a fully encompassing atmosphere within their means, including lush forests, plant life and continually unidentified floating debris on the alien moon’s surface without making the extreme facets of outer space feel too disconnected. Rather than fancy weaponry and lasers, the father daughter team are equipped with the bare minimum of protective gear that questions whether it will even be enough to protect them from potential and threatening intruders. Considering the characters’ spacesuits and their shuttle’s interior on the brink of wear and tear, we can surmise Cee and Damon’s working class status and her father’s driven desire and struggle to financially thrive when the opportunity presents itself.

In an earlier conversation between Cee and Damon, it becomes evident that Cee’s isn’t clear where her real home base is located, and the majority of her familial life persists as an unknown. Perhaps that serves as an explanation as to why Cee remains largely unfazed when Ezra (Pedro Pascal), a rival prospector, kills her father during firefight and she is initially left to fend for herself. Though Pascal’s role as Ezra does a marvelous job of displaying energetic charisma, the interactions between the two hit an invisible wall and falls flat in terms of character development and clunky focus solely between these two characters for the majority of the film. Feelings of hesitation and ultimately trust between Cee and Ezra feel contrived and unravel in a rigid manner as they’re forced to navigate their way back home and realize they need someone other than themselves to depend on. While Prospect provides a variety of entertaining and visually impactful obstacles and encounters, there remains a gaping hole to be filled in terms of its use of the science fiction genre encouraging the audience to reflect on questions of humanity and the future.