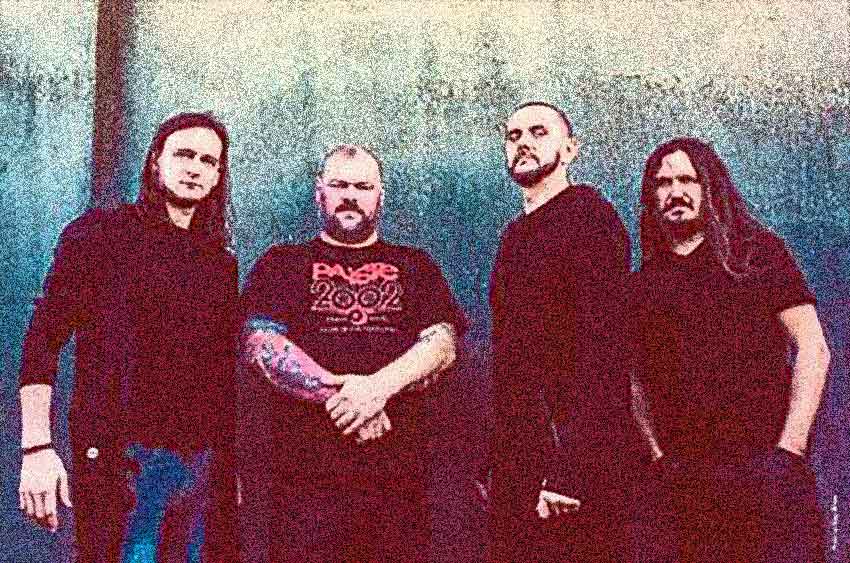 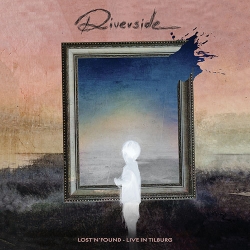 A superb commemoration of Riverside’s magic, as well as a lovely way to remember Grudziński’s specific contributions to their remarkable formula.

The sudden and untimely passing of Riverside’s founding guitarist, Piotr Grudziński, in early 2016 was one of the most tragic events in recent progressive rock history. After all, his beautifully smooth and emotional style—Gilmour-esque but still very distinctive—was a key component of what made the Polish quartet among the best modern bands in the genre. Granted, they’ve been carrying on quite well in the years since, thanks mostly to the addition of guitarist Maciej Meller and the heartrending triumph of 2018’s Wasteland. Nevertheless, there was something irreplaceable and special about his role within the group, which their newest release, Lost'n'Found - Live in Tilburg, exemplifies wonderfully. Their second official concert film (and initially just a limited offering for fan club members), Lost'n'Found is an essential testament to the greatest of Grudziński-era Riverside.

The film documents Riverside did during their 2015 European tour for Love, Fear and the Time Machine. Naturally, they focus on that sixth studio LP, following the sequencing of the record by beginning and ending with "Lost (Why Should I Be Frightened By a Hat?)" and "Found (The Unexpected Flaw of Searching)," respectively. The group’s instrumentation is immaculate and virtually identical to the official takes, as is frontman/bassist Mariusz Duda’s singular singing. Plus, the sobering sense of full circle introspection, hope, and comfort that the pair of songs have always conveyed is inherently more profound here, as viewers know what the show represents within Riverside’s history. In a way, it feels like the closing of the Beatles’ Abbey Road, with the group bestowing gratitude and courage—rather than gloom and hesitation—onto their admirers as all involved collectively experience the end of an era.

Although Love, Fear and the Time Machine is further honored by a couple of other now-classic tunes (“Under the Pillow” and “Saturate Me”), the rest of the runtime consists mostly of earlier gems. In fact, all five prior albums are embodied to varying degrees, with the appropriately frenetic “Hyperactive,” the poignant “Conceiving You,” and the mesmerically foreboding “Escalator Shrine” being personal favorites. Even the piece that started it all—“The Same River” from 2003’s spectacular debut, Out of Myself—is here. Let’s be honest, though: considering how Riverside has one of the most consistent and praiseworthy discographies in the genre, it’d be damn near impossible for them to include anything that’s not at least really, really good.

Visually, the film is done as well as you’d expect, with plenty of dynamic camera angles highlighting each player’s performance. There are also a lot of wide and distanced shots to show the whole quartet; obviously but importantly, that bears an air of brotherhood and shared accomplishment. The lighting is similarly simple but effective, using appropriate shades to capture the mood of the music. Sometimes, each member gets their own color, too, symbolizing their individual importance. Whereas many other acts would focus more on elaborate screen projections and other theatricality (which can certainly be great), Riverside wisely keeps the sights low-key so that they complement rather than overshadow the sounds.

Lost'n'Found - Live in Tilburg is a superb commemoration of Riverside’s magic, as well as a lovely way to remember Grudziński’s specific contributions to their remarkable formula. Any criticisms that could be thrown at it—such as the absence of other compositions or a lack of sufficient attention for Love, Fear and the Time Machine—are entirely subjective and nitpicky. Really, the concert sensibly emphasizes the quartet’s entire journey up to this point, demonstrating just how inimitable their catalog was from day one. It’s a must-own release for fans (and stylistic devotees in general) that perfectly celebrates one of today’s best progressive rock ensembles.