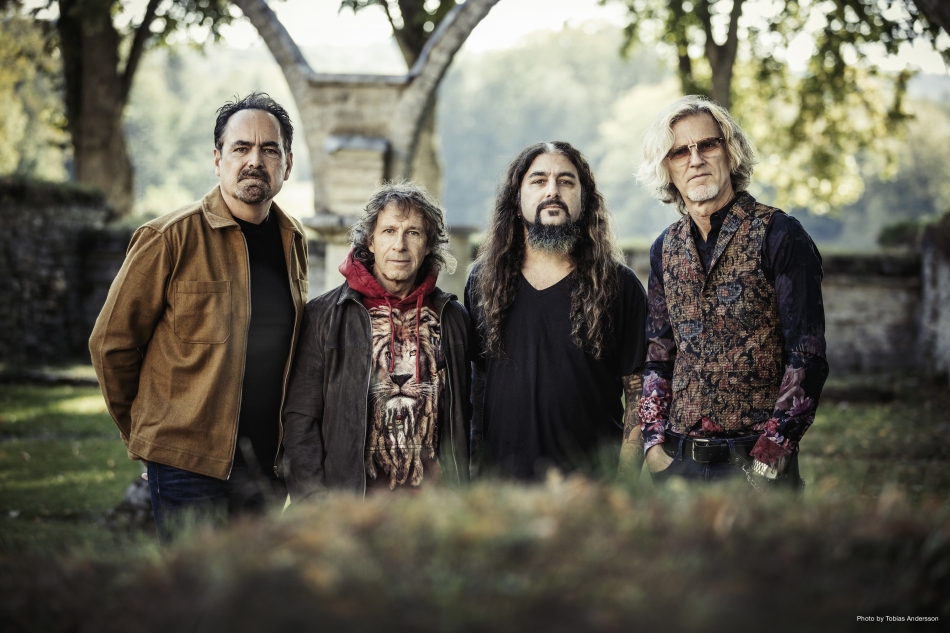 Photo: Inside Out Music 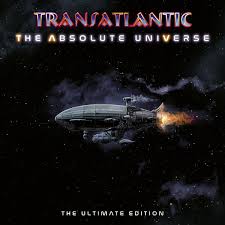 (Photo: Inside Out Music)

Transatlantic aficionados already know exactly what they’re getting with The Absolute Universe, as it’s pretty much a top-notch take on the traditional Transatlantic blueprint.

For just over twenty years now, Transatlantic has been among the most beloved supergroups in modern progressive rock, and for good reason. Comprised of vocalist/guitarist/keyboardist Neal Morse (ex-Spock’s Beard, The Neal Morse Band); bassist Pete Trewavas (Marillion); guitarist/vocalist Roine Stolt (The Flower Kings); and drummer Mike Portnoy (ex-Dream Theater, The Neal Morse Band, Sons of Apollo), the band essentially blends the best aspects of their other projects into consistently hopeful and vibrant voyages full of exquisite songwriting and welcomingly intricate arrangements.

Their latest journey, The Absolute Universe, falls right in line with their past triumphs. Specifically, it flows line a single conceptual suite (a la 2009’s masterful The Whirlwind) and certainly outdoes the quartet’s prior venture, 2014’s quite likable Kaleidoscope. Seeing as how the genre is known for extravagance, the fact that there are two significantly dissimilar cuts of the record—the lengthier Forevermore and the more concise The Breath of Life, each with enough variations to make both essential—is perfectly aligned with the foursome’s typical ambition. (There’s also an Ultimate Edition that houses everything plus a few physical goodies.)

In the official press release, Trewavas notes that some instrumentation is modified from one LP to the other, while Portnoy delves deeper into how the duo differ overall:

The single CD is NOT an edited version of the double CD. They're new recordings. What we have done are different approaches to the songs for this! We wrote fresh lyrics and also have different people singing on the single CD version tracks as compared to those on the double CD. Some of the song titles have also been changed, while others might remain the same, but compositionally what you'll hear has been altered.

They began working on it in September 2019 (in Sweden) and, because they’d come up with a ton of material (which is par for the course considering how prolific these guys usually are together and individually), they debated whether or not they should do a single album or a double. Eventually, they decided that the most logical (if costly) move was to offer the full experience as well as an abridged one with majorly altered portions to give diehard fans as much content as possible. Luckily, label InsideOut agreed, and despite having to finish the sequences remotely (due to COVID-19), they produced some of the finest music they’ve ever made.

As for the overarching narrative, Portnoy describes it as “one giant composition, split into chapters.” He adds:

The storyline is about the struggles facing everyone in society today. Politics comes into this, but at no point do we ever become political. The pandemic also has a significant role in the subjects we've written about, as you'd expect. So, what we've essentially done is talk about the craziness of 2020, with the single CD concentrate[ing] a little more on the impact of the virus.

Once again, Rich Mouser mixed the record, while Thomas Ewerhard (who’s worked on prior Transatlantic, The Flower Kings, Neal Morse, and Flying Colors releases) did the artwork. As with the tunes, each of the three offerings has its own look while also having more in common with its siblings than not; likewise, the band’s mothership emblem is at the forefront of everything and ties The Absolute Universe to its predecessors visually as well as musically.

Those novelties aside, Transatlantic—as well as virtually everything Neal Morse and Roine Stolt spearhead—has a very specific and reliable style that makes their work pleasing but familiar. Thus, the biggest question when approaching a new entry into their catalog is, “How well does it employ those traits compared to its predecessors?” With The Absolute Universe, the answer is very, very well, so even though the quartet is treading extremely predictable ground—overtures, reprisals, spiritual crescendos, and the same sort of fundamental templates as ever—there’s enough intrigue, heart, and fluidity to make it stand out as one of the greatest projects any of them have worked on in years.

Digging into Forevermore first (since it’s the primary collection), its ninety-minute quest—spread across two discs—is packed with captivating wordless arrangements and memorable songwriting. In particular, the requisite prelude does as good a job as any prior overture of foreshadowing future melodies and themes with invigorating coherence; elsewhere, “Bully” is your textbook slice of flamboyant antagonism that fans of Morse’s solo discography will instantly recognize, while “The Darkness in the Light” prioritizes Stolt’s trademark ominousness. On the other hand, “Swing High, Swing Low” and “The Sun Comes Up Today” are engagingly lovely in all possible ways.

While Morse and Stolt obviously still sing most of The Absolute Universe, Portnoy and Trewavas scatter their voices around, too. Specifically, Trewavas does a great job leading “Solitude,” a moving and dynamic piano ballad in the vein of, say, Bill Hubauer’s “Locks on a box” section from The Neal Morse Band’s wonderful “Alive Again” epic. In contrast, Portnoy’s characteristic gruffness works well throughout “Looking for the Light.” Presumably, all four members contribute to the dense harmonies on “Lonesome Rebel,” too, among many other instances of stacked vocals. In general, Portnoy and Trewavas' prominence makes The Absolute Universe feel like the most visibly collaborative Transatlantic record thus far.

Digging through every difference between that rendition and The Breath of Life would be unnecessarily extraneous (and rob fans of discovering and appreciating those contrasts for themselves); suffice it to say, though, that not only is the order of tracks markedly different (as are a few of their structures, both in terms of duration and timbres), but the tracklist itself is slightly altered because portions of Forevermore are moved around or given their own spotlight. It’s truly a commendable effort that gives The Breath of Life its own identity and makes it an equally enjoyable and valid alternative to its longer counterpart.

Transatlantic aficionados already know exactly what they’re getting with The Absolute Universe, as it’s pretty much a top-notch take on the traditional Transatlantic blueprint. That could be seen as disappointing by some since it’s their first studio record in the better half of a decade. Admittedly, I’ve been as critical as anyone when it comes to artists repeating themselves too often or too overtly, so the fact that The Absolute Universe impresses so much is significant. Simply put, it nails what it's going for at every turn and contains enough irresistible moments and masterful cohesion to compensate for its palpable sameness. It keeps everyone involved—creators or listeners—firmly in their comfort zone and delivers precisely what’s always made Transatlantic so beloved. If that’s all you’re looking for, you’ll undoubtedly (and justifiably) cherish it.