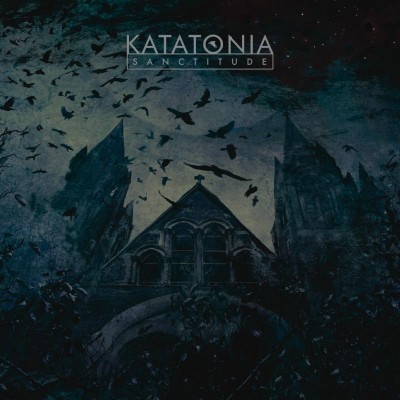 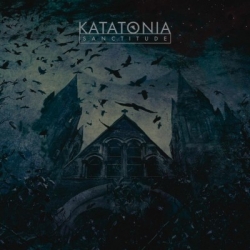 ‘Sanctitude’ is exactly what it should be: a sublime collection of some of the group’s best work, performed with unparalleled feeling and care and complemented by a sublimely simple yet fitting setting.

Formed in Stockholm in 1991 by vocalist Jonas Renkse and guitarist Anders Nyström (both of whom are still in the band), Katatonia currently ranks alongside Opeth, Pain of Salvation, and Meshuggah as one of the most successful modern Swedish progressive metal outfits. With nearly a dozen studio albums under its belt and an impressive history of touring locales and supporting acts, it’s easy to see why. Of course, such achievements also warrant impressive concert films, which is where the group’s newest release, Sanctitude, comes in. A celebration not only of Katatonia’s latest studio recording, 2013’s Dethroned & Uncrowned (which itself is a reworked take on 2012’s Dead End Kings), but of its entire career thus far, both the film itself and the bonus material make the collection an exceptional offering for any Katatonia fan. Charming, affective, and tasteful, it’s a fine example of how special Swedish progressive metal can be.

Filmed at London’s Union Chapel in May 2014 (during the band’s ‘Unplugged & Reworked' tour), the concert succeeds immeasurably at being “an intimate acoustic evening performing tracks from the Dethroned & Uncrowned album alongside atmospheric classics from the band's entire career, stripped and reworked.” Sadly, guitarist Per Eriksson, who’d been there since 2009, left Katatonia earlier in 2014; however, special guest Bruce Soord (the mastermind behind The Pineapple Thief) provides supporting guitars and backing vocals. Considering his former collaboration with Renkse on the Wisdom of Crowds record, as well as their longtime friendship, it’s not surprising that Soord was asked to help out; nevertheless, his role is subtle yet crucial, and his falsetto tone adds a nice layer to the already luscious Katatonia sound.

Naturally, the concert (which lasts about eighty minutes) contains a plethora of fan favorites and shining moments. For example, Dethroned & Uncrowned is represented via “Ambitions,” “The Racing Heart,” “Lethean,” “Undo You,” and “The One You Are Looking For is Not Here.” Sonically, they sound very much like their studio counterparts, with tremendous ether, warm acoustic guitar tones, and stunning singing. Renkse has always been one of the genre’s most emotive and unique vocalists, and he sounds fantastic here (especially with the support of Soord). The frenzied pace and solemn lyrics of “The Racing Heart” are especially intriguing, while this version of “The One You Are Looking For . . . ,“ like its studio counterpart, features The Gathering’s Silje Wergeland on vocals. As with all of the tracks on Sanctitude, there seems to be a bit more space between the timbres on these songs, as well as a slight echo to the production; combined, these factors actually make the material sound even more regal and substantial, both musically and conceptually.

Among the other gems included is the title track from the Teargas EP. Featuring one of the band’s most gripping and elaborate melodies, as well as one of its most powerful dispositions, it’s a clear standout in the set. Elsewhere, “Tonight’s Music” from Last Fair Deal Gone Down finds Renske singing in a slightly lower register; it’s also a bit folksier than many other tracks. It explodes into “Sleeper” (from Viva Emptiness) seamlessly, with bongos adding a unique layer of percussion. There’s also the pained poeticism and elegance of “Day” (from Brave Murder Day), which probably has one of Katatonia’s most commercially appealing choruses, while “Unfurl”(from the July EP) is wonderfully nuanced and dynamic, with an ever-changing atmosphere complementing the harmonies masterfully.

Visually, the show is dim and very moody, with the room illuminated almost entirely by dozens of candles. In addition, the band is basked in a blend of golden and blue (or red) light, and each player is dressed in black. Together, these elements blend into a perfect setting for the music, as both convey the sorrow, danger, and romanticism of a classic vampire novel. The audience is almost indiscernible too (aside from its robust applause and cheers), which helps add weight to the illusion that Katatonia is playing as much for the dead as the living. Thankfully, the focus is on the band the entire time, so the distracting tangents (such as thematic films that play concurrently) that ruin so many other concert videos aren’t present here. The camera angles shift often, though, allowing viewers to see what each members is doing most of the time. All in all, it’s an exceptional feat in terms of direction and setting.

As for the documentary, it lasts almost as long as the concert itself, and it’s essentially a lengthy interview with Renkse and Nyström, divided into chapters according to the questions. Both members sound reserved yet earnest in their responses, and the shots of their faces are interspersed with footage of the audience, the band rehearsing, and the like. Visually, the footage is mostly presented through a grainy blue and/or brown filter, which makes it look vintage and classy. As for the questions, the majority are very interesting, with two of the best being: “Was there ever a time where you doubted if the band had ‘bitten off more than you can chew’ & it [would] have been easier to just abandon the whole idea?” and “Were there any specific challenges that had to be overcome to make this play out? How did you prepare for it?” Overall, this supplement isn’t especially entertaining, but it’s very fascinating and all-encompassing in terms of viewers getting a look into the process of the tour.

In the end, Sanctitude is exactly what it should be: a sublime collection of some of the group’s best work, performed with unparalleled feeling and care and complemented by a sublimely simple yet fitting setting. If you can get past the inherent downside of Katatonia’s music (that a lot of it sounds the same), you’ll no doubt relish this release. Similarly, if you’ve yet to be introduced to their stunning catalog, there’s no better place to start. Sanctitude exemplifies what a concert film should be, as well as the ways in which a band should honor its history. For these reasons, it’s a must own for any fan of Katatonia.