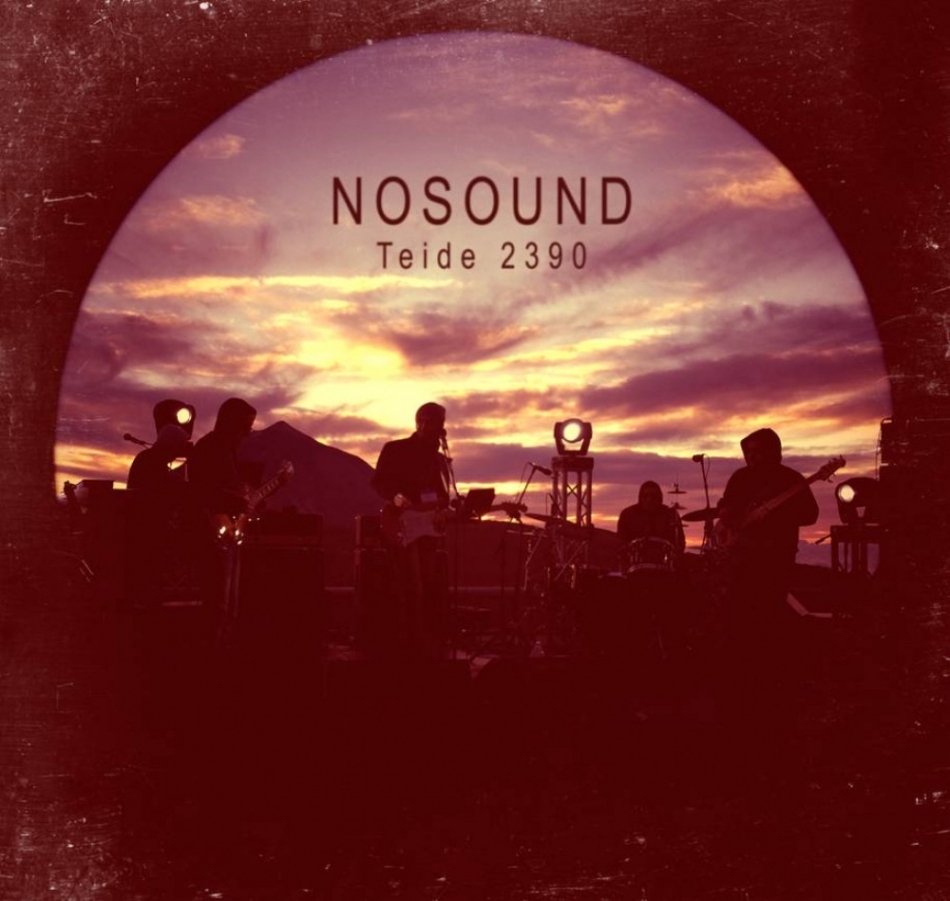 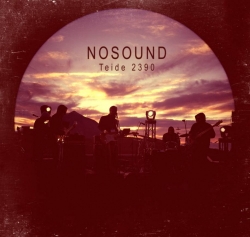 Teide 2390 feels like a single seventy-six minute voyage into the depths of one’s soul, heart, and mind, encompassing a plethora of anguish in an exquisite and sophisticated shroud.

Typically, progressive rock is associated with complexity, epic scopes, fantastical narratives, and wildly eccentric timbres. In fact, few artists within the genre ever veer towards the opposite side of the spectrum: pensive, atmospheric, and melancholic lamentations peppered with subtle tones and gradual buildups. Likewise, almost no other group (with the exception of Anathema and Gazpacho) does it as well as Italy’s Nosound. Led by guitarist/singer/songwriter Giancarlo Erra (who started it as a solo project), the band’s four studio records represent fragility, heartache, loss, hope, and similar sentiments with a level of grace, weight, and tastefulness largely unmatched by any peers. It comes as no surprise, then, that Nosound’s first full-band live disc, Teide 2390, contains wholly faithful renditions of some of the band’s most beautifully devastating material. If you’re in the right mood and setting for it, Teide 2390 will leave you shaken yet breathless with wonder.

Recorded at the Starmus Festival on September 24th, 2014, the record’s title refers to Spain’s Teide Observatory (located at elevation 2390m, on Mount Teide). In addition, the set includes tracks from all of Nosound’s studio LPs: Sol29 (2005), Lightdark (2008), A Sense of Loss (2009), and Afterthoughts (2013). Because of this, Teide 2390 becomes especially meaningful, as it represents both Nosound’s heighted recognition within the community and its stunning accomplishments thus far. Although this performance was likely the first time many attendees heard Nosound, it surely won’t be the last, as Teide 2390 captures an utterly remarkable artist at the height of its power.


The album begins with “In My Fears,” the opening track of Afterthoughts. Melodically and lyrically, it’s one of Erra’s best pieces, with his pained poeticism and earnest pleas soaring over delicate guitar arpeggios, sublime distortion, and patient percussion. He delivers lines like “In my fears, in my fears I meet you / You're near, you're near and I hold you / On that pier, on that pier falling into the sea / In my fears, on that pier burnt with our dreams” with as much passion and precision as on the actual record, and the rest of the band follows suit with refined choices, ensuring that every note and rhythmic change is crucial. It’s a sublime way to start.

“Fading Silently” comes next and offers a lighter tone at first, with acoustic guitar chords blending into synthesized sorrow and mournful piano accents. It’s a sparser song overall too, with the space between the music serving a strong purpose, and the concluding guitar solo and atmospheric swells culminate in an intensely touching experience. Later on, “Kites” amplifies the latter component to suffocating heights that, coupled with the enthralling syncopation and Erra’s regretful whispers, surrounds listeners like a blanket of gorgeous misery.

Appropriately, electricity flows throughout “The Anger Song,” a dynamic beast that implements furious bursts of longing in-between submissive verses. It’s definitely one of Nosound’s most varied efforts, as it proves that they can rock out as well as they can play low-key. Of course, “Wherever You Are” is another highlight, as evolves expertly from warm acoustic guitar arpeggios to a cataclysm of emotion, with timid piano riffs adding an immeasurable layer of gripping tragedy.

Finally, “The Moment She Knew” serves as both the longest and last contribution to Teide 2390, as well as its only instrumental. It moves from echoed guitar strums (reminiscent of no-man) to a fully immersive dive into crunchy feedback, with a few measures of touching synths in the middle. All in all, its fervent sense of finality makes it a great way to end.

It’s difficult to imagine a better way for Nosound to introduce its live prestige than Teide 2390. Every one of its twelve selections is sequenced well, guaranteeing a sense of thematic continuity and seamless flow from one track to the next. In other words, the LP feels like a single seventy-six minute voyage into the depths of one’s soul, heart, and mind, encompassing a plethora of anguish in an exsquite and sophosticated shroud. Nosound is easily among the most inimitable and integral acts in the genre, and Teide 2390 is a superb way to celebrate its legacy thus far.