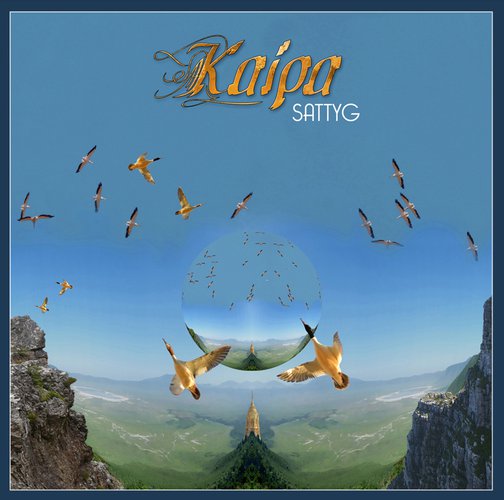 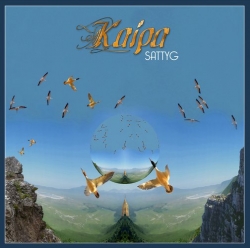 Although Sattyg is a bit repetitive, there’s no denying how astoundingly creative, capable, and confident Kaipa is in crafting its own brand of progressive rock splendor.

Founded in 1973 by Hans Lundin, Tomas Eriksson, and Thomas Sjöberg, Swedish symphonic progressive rock sextet Kaipa is easily one of the longest running outfits in the field. Blending elements of folk and classical into their intricate arrangements, the band (which was originally called Ura Kaipa) has never disappointed in its quest to deliver complex, hypnotic, and wonderfully colorful and melodic music. On its twelfth release, Sattyg, they once again exceed expectations, delivering an immensely joyous, intense, and gripping journey.

Naturally, Kaipa has gone through several line-up changes in the past before settling on its final incarnation; in fact, one of the genre’s biggest stars, Roine Stolt, joined in 1974 (when he was seventeen) and stayed until 1979, when he left to focus on forming several groups before settling on his biggest success, The Flower Kings (whose sound is fairly similar to that of Kaipa, to be honest), around 1994. Fortunately, founding Lundin is still spearheading the band, which also consists of vocalists Patrik Lundström and Aleena Gibson, drummer Morgan Ågren, guitarist Per Nilsson, and bassist Jonas Reingold (who is also a part of The Flower Kings, oddly enough).

As for Sattyg, the troupe describes it as “an opus of lush, earthy, magical prog . . . a unique mix of Swedish folk music, rock and fusion with a tinge of medieval music . . . [u]npredictable paths are discovered on this new expedition.” This is truly an apt account, as the record is brimming with ominous yet welcoming performances, exquisitely quirky arrangements, and diverse influences. To be fair, it’s not highly unique, but it’s still masterfully composed and undeniably enthralling from beginning to end.

The album begins with a fifteen minute epic, “A Map of Your Secret World.” Ambience gives way to Gibson’s outcry, which is met with flashy guitarwork and dizzying rhythmic shifts before settling on a central riff. There’s also some flute as the introduction continues to builds to an atmospheric, medieval masterwork. Lundström then comes in with foreboding yet gentle verses; the focus then shifts to Gibson again, whose contribution is lighter yet more urgent. The two presumably portray lovers in conflict.  Halfway through, the music becomes more majestic and folksy, somewhat recalling Gryphon and Camel (although it’s fiercer for sure). Later, the two voices meld together again, and they create a stunningly rich and electrifying harmony. All in all, this is an incredible way to start off a record, and any fan of the style will be blown away by it.

Luckily, the rest of the album maintains the quality. For instance, “World of the Void” is a bit sparser at times, with a strong semblance to mid ‘70s Jethro Tull, the way it jumps from oppressive to fanciful throughout is remarkable. Meanwhile, “Screwed-Upness,” despite its ridiculous title, is an enticing beast with more direct melodies and the sophistication of classic Gentle Giant. Once again flutes are used brilliantly to alleviate the tension and harshness of other elements, demonstrating how skilled Kaipa is at shifting temperaments. There isn’t a wasted measure; every moment pulls listeners along with force and quirky density.

The title track goes for a softer, more minstrel-esque vibe, while the album’s second epic, “A Sky Full of Painters,” beings with violins and then transforms into a heavenly ode in the guise of early Transatlantic. The chorus is a bit more commercial than one may expect, but it fits well nonetheless. It’s a bit funkier rhythmically too, with Reingold issuing plenty of bouncy patterns while Lundin’s subtle keyboard staccatos interject constantly.  Later on, “Unique When We Fall” finds both lead singers belting out their magnetic decrees simultaneously, while the final piece, “Without Time – Beyond Time,” concludes Sattyg on a slightly ’80 synthpop air (it’s quite subtle, but it’s there). Again, the sheer dynamics displayed by this band are astounding; they can move between angelic stillness and multilayered madness with perfectly organized transitions. Few of their peers do it as well.

Although Sattyg is a bit repetitive (the songs sounds a bit too similar to really feel like individualized statements), there’s no denying how astoundingly creative, capable, and confident Kaipa is in crafting its own brand of progressive rock splendor. The fact that the project has existed so long yet still feels so vibrant and renewed is a testament to the members’ talents. Rarely have I heard this formula sound so expansive, energetic, and imaginative, proving once again that the pioneering acts still do it the best.