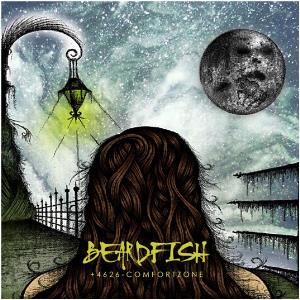 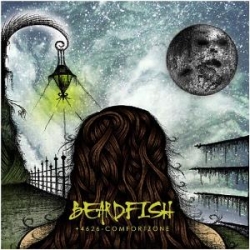 ‘+4626 – Comfortzone’ is another masterpiece in the Beardfish annals, plain and simple. No other modern progressive rock band generates such joyous constructions and enthralling, profound elegies, and this album will surely dominate every prog ‘Best of’ list come December.

Celebrating its fifteenth anniversary this year, Swedish progressive rock quartet Beardfish is undoubtedly among the most cherished, quirky, consistent, and all-around enjoyable bands in the genre today. Just about every one of the troupe’s previous seven albums has been utterly remarkable, as the band never ceases to blend incredibly catchy melodies, boisterous constructions, colorful timbres, and stunning songwriting into something sublimely satisfying. On its eighth opus, +4626 – Comfortzone, Beardfish once again exceeds expectations with another exciting, affective, and steadily fun ride full of intricate madness and sing-a-long poeticism. While it doesn’t offer anything especially new (to be honest), the disc further demonstrates how unique, confident, and focused the group is. No one else sounds like Beardfish, and +4626 – Comfortzone, like its predecessors, will blow you away.

In comparison to those of prior works, the title of this one is a bit, well, opaque. Fortunately, the band is happy to explain its meaning. In an interview with Sea of Tranquility in December 2014, vocalist/guitarist/keyboardist Rikard Sjöblom explained that +4626 refers to the area code for his hometown, Gävle, “which the album deals with quite a lot . . . a hometown [is] somewhat of a comfort zone in itself . . .” In addition, Beardfish says that the album explores how comfort zones “[are] the invisible protective suit[s] of negative thinking, almost like an entity of itself. It’s been with you since birth: your parents and your teachers and your friends and your neighbours all teaching you the way the world works . . . the negative vibe is like a voice living inside of you, a companion through life. With time you start to like that voice and the place it takes you to: your comfort zone . . .” Musically, +4626 – Comfortzone feels most comparable to Mammoth, as it’s not as wildly eccentric as Destined Solitaire or as bleak and heavy as The Void. In any case, it’s another fine slice of progressive rock as only Beardfish could produce.

The record starts with “The One Inside Part 1: Noise in the Background,” an ominous prelude whose distorted guitar strums recall the equally melancholic opening of “Ludvig & Sverker” (which is easily the best song Beardfish has ever written) from The Void. Sjöblom ponders destiny in his home town, asking, “Are we born to live our lives alone? / Are we meant to walk that straight that line, with our eyes fixed to the ground so we don’t offend anyone?” Clearly he’s setting up the theme of comfort zones, and although he’s discussed conformity and rebellion in the past, this may be his most literal examination yet. Afterward, a delicate string arrangement (with flutes) hints at melodies that will come later in the sequence; it’s a brilliant example of conceptual continuity, as well as a lovely yet sorrowful way to begin.

Afterward, a funky bassline and carefree guitar strums introduce “Hold On,” a piece that oozes dynamic shifts and intense hooks, as Sjöblom’s voice transitions between soft and aggressive throughout. He’s always been one of the most distinctive and vibrant vocalists in progressive rock, and he’s never sounded better. Likewise, “Hold On” displays Beardfish’s knack for playful instrumental breaks and peculiar effects, showcasing once again why their compositions typically burst with unrestrained fun.

As gripping as “Hold On” is melodically, “Comfort Zone,” with its hypnotic riffs and elegant piano complements, bests it in that respect. It’s a forlorn masterpiece packed with fascinating transitions and momentum; arguably no other band builds tension as meticulously and grippingly as Beardfish. Honestly, a few elements evoke “Tightrope” from Mammoth, but it’s exceptional enough to stand on its own as well. While many of their peers embellish tracks with crazy instrumentation in lieu of dense songwriting, Beardfish always puts the latter at the foundation of what they do (so such flourishes are enhancements rather than distractions).

“King” aims for a more brutal personality (think: Mastodon), with some screams and bellows alongside crunchy timbres and frenzied percussion. It’s followed by “The One Inside Part 2: My Companion Throughout Life,” whose initial acoustic arpeggio and soothing singing lulls listeners in with warmth and beauty. Sjöblom focuses on a melody that was hinted at in the first part of the suite as a dreamy soundscape evolves in the background, fusing to make one of the softness tracks in their diverse catalog. In contrast, “Daughter / Whore” is filled with captivating rhythmic changes and hostile outcries about presumably realizing that one’s daughter is, well, a whore. Beardfish never shies away from humorous adult subjects, so this track feels right at home both musically and thematically.

Without a doubt, the centerpiece of +4626 – Comfortzone is “Ode to the Rock ‘N’ Roller,” a nearly sixteen minute epic that, like “Where the Rain Comes In” from Destined Solitaire, pokes fun at trying to be successful as a musician. Specially, it deals with being in a cover band, and Sjöblom says that it’s mostly “a criticizing piece on how musicians are treated these days. People want something to stomp their feet to while they drink their beer and preferably something they know so that's where cover bands come into the picture. It's sort of depressing to earn more from playing someone else's music than your own . . .” After a complex introduction, acoustic guitar arpeggios and a gentle melody initiate the narrative.  From there, the track alternates between calm reflections and flamboyant flares that feel quintessentially Beardfish. Every moment is hypnotic and charming, resulting in one of the most electrifying tales they’ve ever spun.

A sequel to a song from their sophomore LP, The Sane Day, “If We Must Be Apart (A Love Story Continued)” continues the industry commentary with its opening line: “It feels like I’ve been doing this for a million years / Every note has been played before, in this exact order too / And none of those buttholes out there really want anything new / So I just keep cooking this old, familiar stew.” Musically, it develops into an appropriately panicked composition, with an impressive guitar solo and tongue-in-cheek effects in the middle, before dissolving at the end.

The record concludes with “The One Inside Part 3: Relief,” a highly affective slice of songwriting in which the verse melody from the second chapter is given a more desperate treatment; likewise, the music feels exigent and harrowing as it grows, climaxing with a repeated layer of piano notes that really drive home the emotion. As usual, the way the vocals and arrangement combine is extraordinary, entrancing listeners in heartrending majesty until the very end. Of course, part of the joy here is realizing how the entry connects so brilliantly to its earlier counterparts, but even as a standalone work, it’s a fine way to go out.

+4626 – Comfortzone is another masterpiece in the Beardfish annals, plain and simple. Truthfully, the quartet doesn’t really experiment or alternate its formula here; rather, they harness what’s worked in the past to generate nearly a dozen more gems (which is fine because they’re so damn good at what they do). In this way, fans will more or less know what to expect here, but at the same time +4626 – Comfortzone doesn’t disappoint because it maintains the chemistry and allure of previous triumphs. No other modern progressive rock band generates such joyous constructions and enthralling, profound elegies, and this album will surely dominate every prog ‘Best of’ list come December.