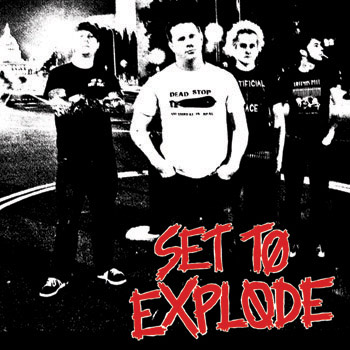 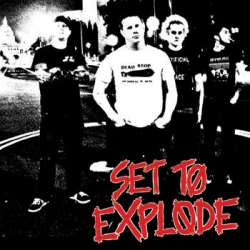 Track 1 is appropriately titled 'Feel The Rage' and from the first chord of the debut six song EP from Washington DC's 'SET TO EXPLODE' you do feel it. Fronted by former STRIKING DISTANCE vocalist Dave Byrd, consisting of ex-members of a slew of DC bands, including WORN THIN, THE AFTERMATH, 86 MENTALITY, and THE GOONS, these guys have all been around the block and prove that they know how to write one hell of a hardcore record.

All name dropping aside, SET TO EXPLODE offer up an impressive dose of early 80's influenced, fast, no-frills, head splitting hardcore with a dash of classic punk rock influence thrown in the mix for good measure.

A Death-Grip on Yesterday