You have to remember that the last time I saw the Swingin' Utters perform was at the Palace, where they opened for the Dropkick Murphys. So that is probably why I believe there is something very Irish about the Utters, even though they are from San Francisco. Opening this time for the Damned at the Hollywood House of Blues, I thought the Utters appeared totally out-of-place. But I am not saying there was anything wrong with the Utters' performance, however; the band was absolutely phenomenal. Singer Johnny Bonnel jigged and staggered his way through songs, lost in thought and emotion. He reminded me of what a young Shane MacGowan must have been like once, back during the Pogues' heyday. Darius Koski -- Bonnel's low-key yet extremely versatile bandmate -- played acoustic and electric guitars, traded vocal leads back-and-forth, and even strapped on an accordion for a few songs. Simultaneously sad, angry, and unpretentious, the down-to-earth Utters showed they had a sense of humor, too. They ended their set with an appropriately boozy cover of "Eddie's Teddy," from THE ROCKY HORROR PICTURE SHOW.

Unfortunately, there was nothing at all Irish about the Damned or their well-groomed audience. As Petula Clark's cheery "Downtown" filtered through the house speakers in between sets, it became transparently clear who the Damned's true Los Angeles followers really are: Hollywood's "beautiful people." Stereotypically moneyed, model types of both sexes descended upon the House of Blues' dance floor, wearing elaborate punk-bondage costumes and sexy goth-fetish gear. Some of these "fans" may have actually come to watch the legendary English band perform, but many others undoubtedly showed up just to "be seen" at a fashionable Hollywood concert.

Likewise, the Damned's Dave Vanian and Captain Sensible also arrived dressed to impress. Singer Vanian took the stage wearing a natty three-piece suit, red tie, black gloves and overcoat, while guitarist Sensible sported a studded leather collar and a tight, leopard-skin shirt. In addition, both Vanian and Sensible wore trendy, designer sunglasses. And although this performance was supposed to serve as a record release party for the Damned's new CD, GRAVE DISORDER, it was obvious that "the fans" were politely waiting for Vanian, Sensible, and company to play "the hit," 1979's "Smash It Up." The Damned closed the show with "Smash It Up (Parts 1 & 2)," of course: Vanian crooned madly as he undid the top buttons of his white silk shirt. Meanwhile, Sensible managed to upstage Vanian by playing "Smash It Up" dressed in nothing but a hot-pink tutu and a matching bobbed, shoulder-length wig. Sensible then lifted up his tutu and mooned the superficial, looks-are-everything crowd after performing the classic song; a gesture that forever earned him my respect and admiration. 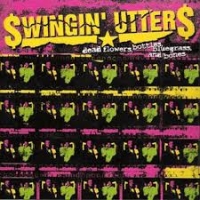 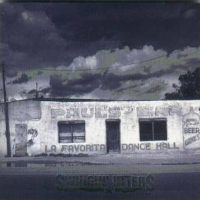